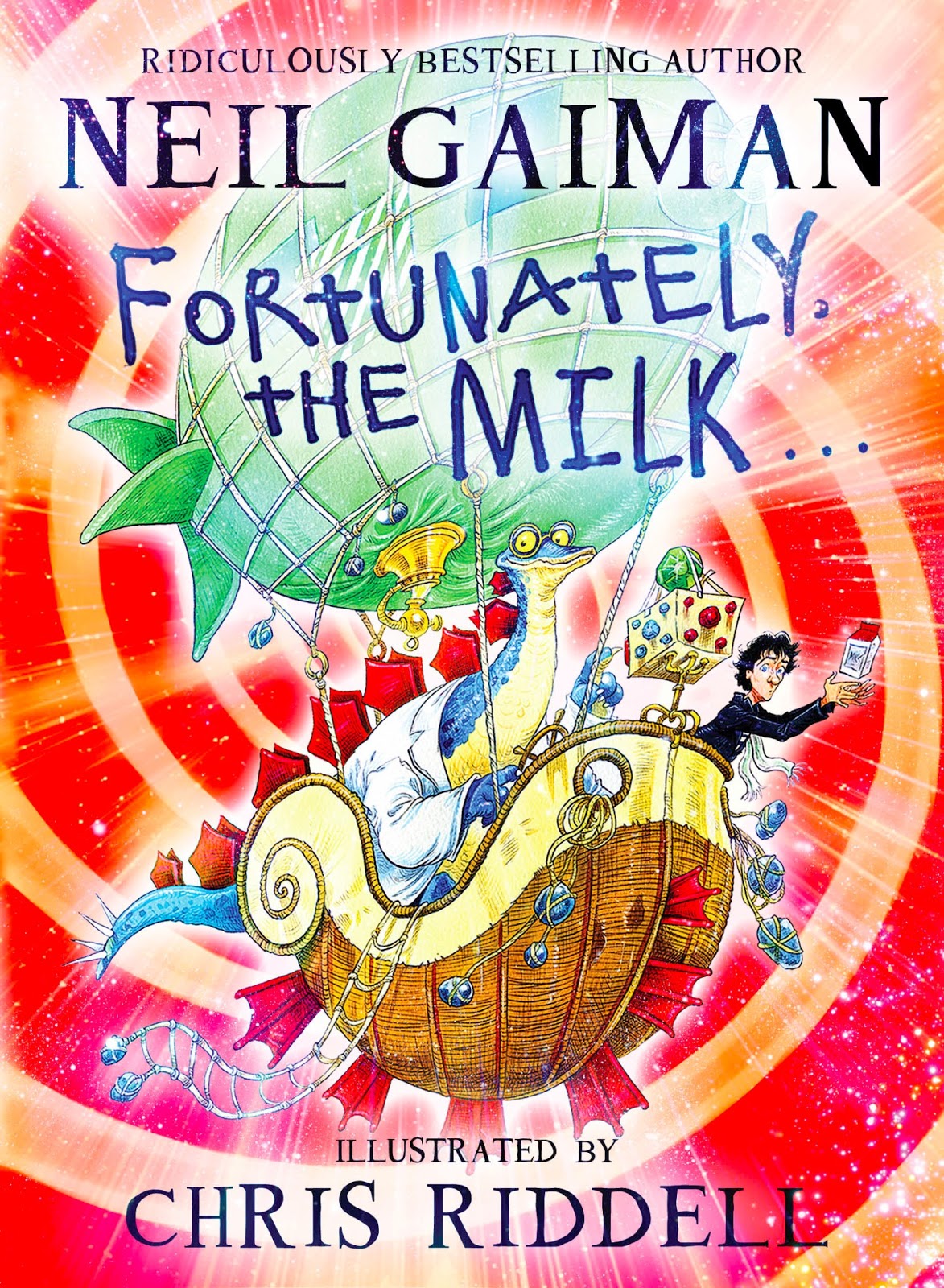 Neil Gaiman has done it again.  He has make me super envious of his whimsical brilliance.  “Fortunately, the Milk…” is a short children’s book about one father’s adventure to save his children from a breakfast without milk.  Dry cereal is a horror which no child should be forced to endure.  The father in question will travel though time and space to insure his children have the milk they need, and no of number of green aliens, pirates, volcano gods, or wumpires will stop him.  He will need a little help from a stegosaurus, but milk must be served!

While “Fortunately, the Milk…” is most certainly aimed at kids, there are a couple of jokes in there for adults, and the story is so well done that it will entertain readers of all ages.  Well I guess I can only guarantee that one man in his 30’s will be entertained by it, but still, I am fairly sure everyone else will like it too.  There aren’t enough lighthearted time travel adventures being written, so I am glad that Gaiman took it on himself to try and rectify that.

There are two different versions of “Fortunately, the Milk…”, one illustrated by Chis Riddell which I read, and the other by Skottie Young.  Riddell’s pictures were wonderful, and they captured the story’s charm perfectly.  I loved that the father in question looked an awful lot like Neil Gaiman.  It made the book feel like Gaiman himself was telling me the story, which was great.  I looked at Young’s work on Amazon, and it looked very good as well.  I may have to buy his version too.

If you have kids or you just want to read a fun short story, you should pick up “Fortunately, the Milk…”  I thought it was a lot of fun to read.  While the whole book took me less than an hour to read, it was an hour well spent.  Just remember, “Where there is milk, there is hope!”