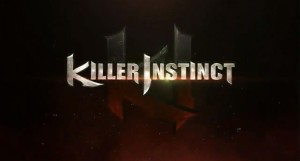 This is mostly a hands on since I don’t play fighting games a lot.  I mostly keep them around so that when friends come over I have something to destroy them with.  Killer Instinct from Double Helix and Microsoft Games is perfect for that.  It is free for the game and one character, and you can pay for whichever other characters you want.   You can pay $20.00 for the base roster of characters, and then pay for new ones that come out if you want.  Alternatively you can pay $40.00 and get everything as it comes out for no added charge.

This is kind of a new pricing model for fighting games, and I am a little torn since I love to have everything, but on the other hand it is letting you pay for exactly what you want.  If you don’t like a character, you don’t have to have him.  If you only want a couple characters then they are all you have to pay for.  That being said $20.00 to $40.00 is a reasonable price range to pay for game these days.

That is enough on how much the game can cost, lets get down to how it plays.  Like I said before, I am no fighting game connoisseur, but I think it is a very fun game.  I like the  diversity in the characters, and I like the moves.  It feels very responsive.  The game looks great.  It is a 2D fighter rendered in full 3D, and there are tons of cool particle effects when you pull off that awesome special move.  I have looked around the web, and I am apparently not the only person that feels that way.

The only downer is that at the moment it is a little sparse on gameplay modes.  There is no story mode, or anything like that, but they said that they will be adding one once they have released all the characters.  It isn’t a big deal for me since I use fighting games as party games, so I have no need for a story mode.

Killer Instinct is a fun game that does exactly what I need it to do, but some might find it lacking.  I think the $20.00 deal is the way to go, unless you really need to have everything.  At the very least it is worth downloading the free character.

One Reply to “Hone That Killer Instinct!”