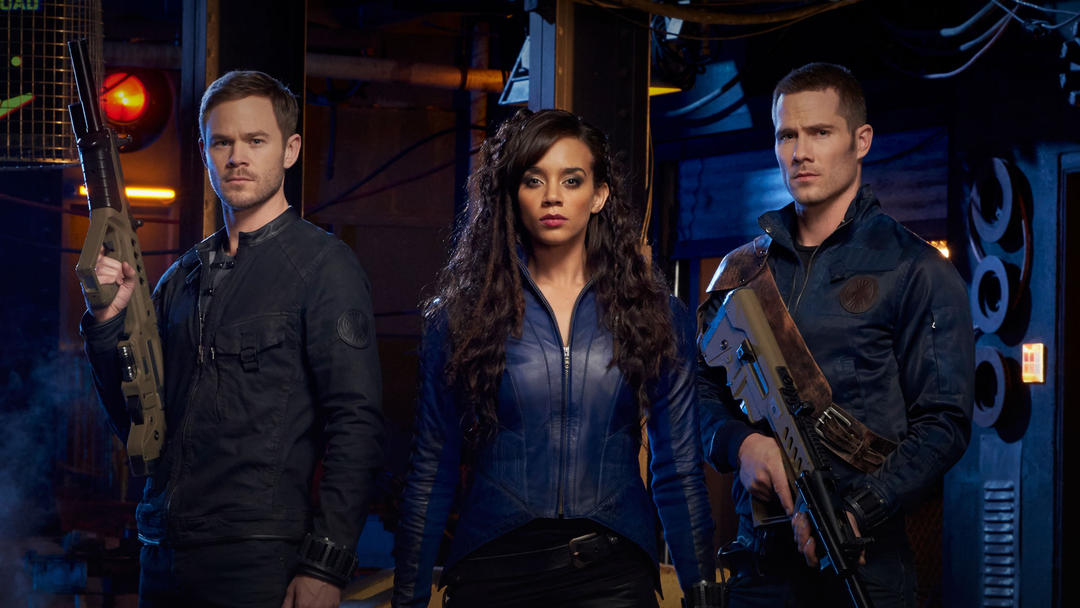 So I was watching the first episode of the space bounty hunger show Killjoys, which was pretty good, and I think it will be a decent summertime distraction, when it occurred to me I was being shown nothing but Sci-Fi based show commercials.  I mean Killjoys is jammed between Defiance and Dark Matter, so there are three solid hours of pretty good Sci-Fi programming right there.  With the SyFy channel being nothing more than a place for ghost hunter “reality TV” and wrestling for the last couple of decades it is nice to see it return to the genre that gave it its name.  Well its original name anyway.  Nothing is named SyFy because that is terrible, and the branding people at NBC that thought of it should be thrown in to a sarlacc pit where they can be digested for centuries with Boba Fett (that’s right Boba Fett is dead nerds!).

I hope this is a trend that continues because it might make the SyFy (sarlacc pits for everyone!) Channel my go to place for summer TV.  Almost like it was when I was thirteen.  Oh man I am old! <sobs in to keyboard, but recovers with the knowledge that Boba Fett is an overrated jerk>