I have watched a lot of Star Wars movies, played a ton of Star Wars video games, and read more than a couple Star Wars books and comic books, so I thought I would give you my favorite Star Wars characters. 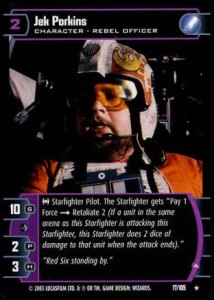 Porkins cracks me up every time I watch Star Wars IV: A New Hope.  All my life I have wondered how desperate the Rebel Alliance must have been to recruit this guy, but like all things Star Wars the expanded universe has given him tons of back story so he doesn’t seem like a the fat incompetent idiot he is.  I mean even his name is a joke, but that is why I love him.  It is the sort of thing that only Star Wars would try and get away with.  Stay on target Porkins, stay on target.

It quite is fashionable now to bad mouth George Lukas, but when he created Darth Vader it was a moment of pure genius.  I don’t think there is a more iconic super villain in all of fiction.  The Joker may get close, but he is no cyborg mage with a laser sword that can choke you from across the room with his mind. 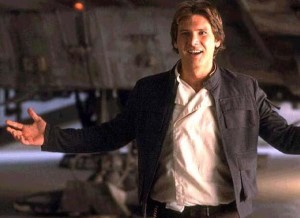 Speaking of genius creations, has there ever been a character that oozed cool like Han Solo?  The more of a jerk he was, the more lovable he became.  Being a Jedi is pretty sweet, but he is the character I wanted to be when I grew up.  All I need to do now is find a Wookiee that will be my friend. 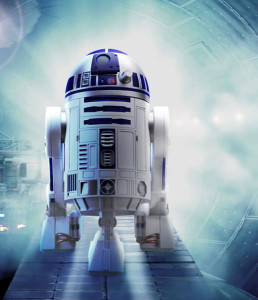 R2D2 is the hero of the Star Wars movies.  Delivering messages, open doors, hiding light sabers, and pretty much anything else.  Without R2D2 the Rebel Alliance would have fallen apart and the Empire would have won.  I am not sure that you can say that about any of the other characters.  This foul mouthed droid is the best character from the movies bar none. 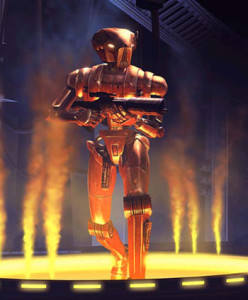 HK-47 is from the video game Knights of the Old Republic, and the only character on this list not from the original trilogy, but that is because HK-47 Personal Assassination Droid is awesome! His name is stolen from another famous video game assassin, and he loves to kill meatbags.  In the game if you let him kill people he loves you, and if you don’t he hates you.  He was not the most powerful character in the game, but his lines were so well written that you needed to have him in your party just to hear the stuff that would come out of his speakers. 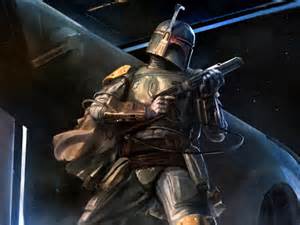 People love this guy for some reason, but when his big moment came did he shine?  Oh no, he gets knocked in to Sarlacc pit while wearing a jet pack by a blind Han Solo.  Maybe you should be paying attention eh buddy?  If there was ever a chumpier way to get beaten, I have not seen it.  This dude is the worst.

So there is my list with a little Boba Fett trolling thrown in.  I hope you like it, but since we are geeks, I don’t expect you to agree, and I would love to hear your list!