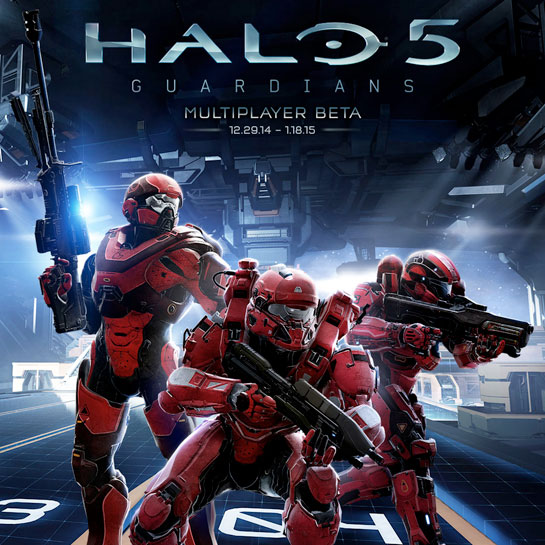 So late last week I got a bit of a surprise, I was invited to play the Halo 5 Beta early.  I wasn’t sure I was going to play this beta at all since I don’t have the Halo Master Chief Collection yet, but it looks like 343 wants this Beta to go off without a hitch and sent out keys to Dashboard Preview members.  It was very nice of them, so of course I played a few rounds.

It has been a long time since I have played Halo online, and I have to say I am terrible.  The guys playing this game are on another level than I am, but despite that I still had a lot of fun.  What was great about this little early bit of content is that they managed to re-embrace what multiplayer Halo is about, but still move forward.  They took away all the customizable armor abilities and weapon load-outs, and went back to the need to run and control weapon spawns.  Even with this return to form they were able to add some good features to the games.

Ever since Titanfall came out people now need to be able to double jump, and with Halo 5 you now have jump jets.  Instead of a normal double jump, you can use the jets to move in any direction fast with a quick press of the B button.  Having problems getting up that ledge?  Tap A and you will climb up.  Which is nice because I don’t feel like a moron jumping up against a wall over and over again until someone comes up and puts me out of my misery.  You also now have iron sights on all guns, unlike other games there is no penalty for not using them, but it does help to line up that shot from time to time.  Also if you jump and use your iron sights you hover.  That is pretty sweet.  Lastly you can now sprint.  The only downfall to sprinting is that your health and shields don’t recharge.  With all of these extra movement options the game is much faster (or I have just gotten slower).  Don’t stand around because you will be killed instantly.  I am not sure people who like to snipe are going to happy about that, but it is fine with me.

I hope my Halo 5 Preview Beta key allows me to play in the upcoming full Halo 5 Beta on the 29th, because the little taste they gave me has me super excited for Halo’s future.  Which is a nice change considering the broken multiplayer of the Master Chief Collection had people wondering if 343 was up to the task of keeping Halo going.  It looks like the Chief’s fifth outing may be his best yet.  We will have to wait until next Christmas to find out, but at least I am looking forward to it now!

One Reply to “Halo 5 Beta Preview!”