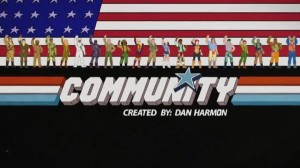 I usually don’t review individual TV episodes, but when the people that make Community decided to make a G.I. Joe episode, what else could I do?  Episodes like this are why I am so happy to have the creator Dan Harmon back.  Community is a weird show, and it was meant to be weird.

The episode starts off like all good G.I Joe episodes do, with a random Cobra attack on a known location.  In this case Cobra has decided to attack the Taj Mahal.  Jeff, known as Wing Man in this episode, ends the attack by outright killing Destro.  The Joes who have never killed anyone before, have no idea what to do.  This causes all sorts of fallout in the G.I Joe universe.

The thing I love about this episode is how well it lampoons not only G.I. Joe, and lets be honest it is an easy target, but Community itself for even doing a G.I Joe episode.  The whole thing is complete and utter nonsense, but it is amazing.  This is the sort of thing that they never would have tried during the “gas leak year“, but this season, why the heck not?

It is also episodes like this that exemplify why this show has never found a large audience.  Why on earth would you make fun of something, meanwhile slavishly recreating it.  It is because Community understands what it means to be a geek, and not just make fun of geeks.  The love of something that others view as ridiculous, but you love it because it ignites your creativity.

This show has given us several classic episodes, and I think this will be one of them.  This show makes me morn the loss of last season even more.  Because if they had stayed with this writing group, we could have had more episodes like this.  Instead of episodes that were needlessly trying to dig deeper in to the lives of the main cast, and about how much they need each other.  You know, non-weird topics that work better on other shows.