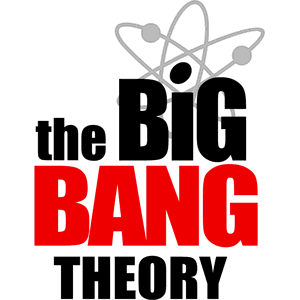 There are two sitcoms that are generally considered to be “geeky”, Community and The Big Bang Theory, and they have both done quite a few shows in common from Dungeons and Dragons episodes to Paint Ball and Even Sci-Fi/Comic Book conventions, but they could not be more different, and it all comes down to how they treat their characters.

Community is about a study group at Greendale Community College, and the different fiascos they get in to due to their diverse makeup and the strange social disorder that Abed Nadir has where he compares everything to TV shows and Movies he has seen, so it gives the show a very meta feel.

The Big Bang Theory is about a group of very smart doctor level scientists, an engineer, and a waitress, and how the group with its socially awkward tendencies and disorders cause humorous events.

You would think that due to the fact that one show is about a community college and that the other is about scientists that The Big Bang Theory would be geekier of the two, but that is not the case.  Community understands geek culture and sometimes makes jokes that only someone with a knowledge of the subject would understand.

For instance in the season four finally of Community, Abed Nadir goes to the darkest timeline, which is a rip-off of Star Trek’s Mirror Universe, and meets himself, and since he is the most like Spock he finds that he is the same in both universes, just like Spock, but they don’t explain the Star Trek connection.  You either get it or you don’t, and they don’t care if you don’t get it.  The Big Bang Theory would never do a joke like that.  Sure they have had Leonard Nimoy on the show, but the Star Trek jokes they make are basically that the guys like Star Trek, so no knowledge of the show is necessary.

My biggest problem with The Big Bang Theory is that a lot of the jokes are at the main characters’ expense.  You are not laughing with Sheldon Cooper, you are laughing at him, and while it is true you do laugh at people in Community, you get the feeling that they are in on the joke, and they make sure that the situations they are in are funnier than the people themselves.  With The Big Bang Theory it seems that I am supposed to laugh at the characters because they are nerds, and that they are doing nerdy things, and as a nerd it is a little insulting.

It is nice that when you watch Community and they have a D&D episode that they are making fun of the situations inside the D&D game, and the craziness that the group comes up with.  Unlike The Big Theory, which half the joke is that the guys are playing D&D in the first place.

All that being said (or written in this case) The Big Bang Theory is funny and they have a group of great writers that make the show good, but I just get a little nerd rage after I think about the humor afterwards.  Community on the other hand is very self referential and doesn’t care if you are having a good time or not, and when they lost Dan Harmon the show’s creator last season, they lost their geeky soul, so it has dropped off a bit, but good news he is back next year!

They are both good shows, but I feel that Community embraces geek culture while The Big Bang Theory makes fun of it, and it is nice to be in on a joke instead of the butt of it, so that is why I am a big fan of Community.

4 Replies to “Community Vs. The Big Bang Theory”