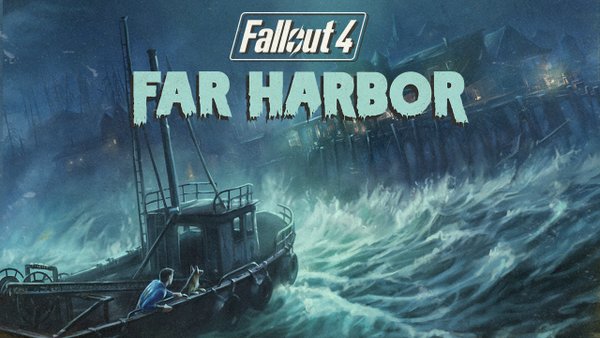 Far Harbor is the third piece of DLC for Fallout 4, and it is the best so far.  Generally when RPG’s offer DLC I always pony up the ones that offer new areas to explore, so if Fallout 4’s season pass hadn’t only been $5 more than just Far Harbor alone, this is the one I would have purchased.  Far Harbor is a large new map with new creatures and loot, and better yet, the story is interesting and lets you make meaningful choices.

Really Far Harbor should have been named Valentine Harbor since the main story revolves around synths, and one synth in particular, Nick Valentine.  Technically you can play Far Harbor without Nick, though you would be missing a lot of the story, or at least Nick’s input on things that involve him.  Once you complete Far Harbor’s main quest feel free to go back and get your companion of choice which in my case is a giant laser murder bot named Ada.  It might also be handy to cash in all of those fusion cores you have been squirreling away and take your best suit of power armor with you since there is radiation everywhere.  It is like a well forested Glowing Sea.

Far Harbor is more than just ‘DLC’.  It is a true expansion to Fallout 4, and if you are wanting to play more Fallout it is well worth a purchase.  If you are kind of Fallout 4’ed out, Far Harbor doesn’t really change up the experience all that much, so you can probably skip it.  Though having a story with real choices is definitely appreciated, and it shows that Bethesda does listen to their fans.  I am hoping for more DLC packs like this, and less like Wasteland Workshop which was so piddling it wasn’t worth talking about.