It has been a long time since I have cast something, mostly because they announce the casts for movies so quickly now, but with DC’s latest flick Supergirl no lead was attached, so the time was right for me to pick the first girl of Krypton.  I know a lot of you are pulling for the CW’s Melissa Benoist, but pulling from DC TV has not been DC Film’s MO thus far, so I am leaving her off the table.  Here are my top five actors in reverse order!

Chloë is a talented actor with great comedic timing, and if Marvel has taught us anything, it is that comedians make great superheroes.  Not to mention at 21 she could play this character for a long time.  The only downside is that she might be a little short at 5’4″.

Lily James just looks like Supergirl: the smile, the hair, and the figure.  Her biggest downside is her age.  At 29, she would be 30 by the time Supergirl started filming, not to mention any sequels.  So she wouldn’t really be a ‘girl’.  However, thanks to ‘Pride and Prejudice and Zombies’ we know she can do action, and I think she would be great for the role.

I know Zendaya is locked in to a contract over at Sony playing ‘Not Mary Jane’, but she could bring a lot to Supergirl.  She can act, she can fight, and at 5’10” she can stand tall with the boys.  Zendaya would be a fun casting, and one with her notoriety that could really bring some interest to the picture.

Kiernan my be busy bringing Sabrina Spellman back to the small screen, but it might be time to bring all her talent to the big screen with Supergirl.  The teenage Mad Men alum as been great in everything she has been in.  There is no reason to think she wouldn’t soar as Kara.

The biggest reason not to cast Ronan is that no one can pronounce her name, but other than that she has everything that Supergirl needs.  A background in action with Hanna, she can probably out act the rest of the DCU, and at 24 she can act younger or older depending on what is needed for the script.  She would be great as last Kyptonian woman.  I would watch her anyway.

So that is my list.  I think it is pretty good, but I know you think I am wrong, so I would love to hear your list.  Let me know in the comments or on Twitter.  Until next time! 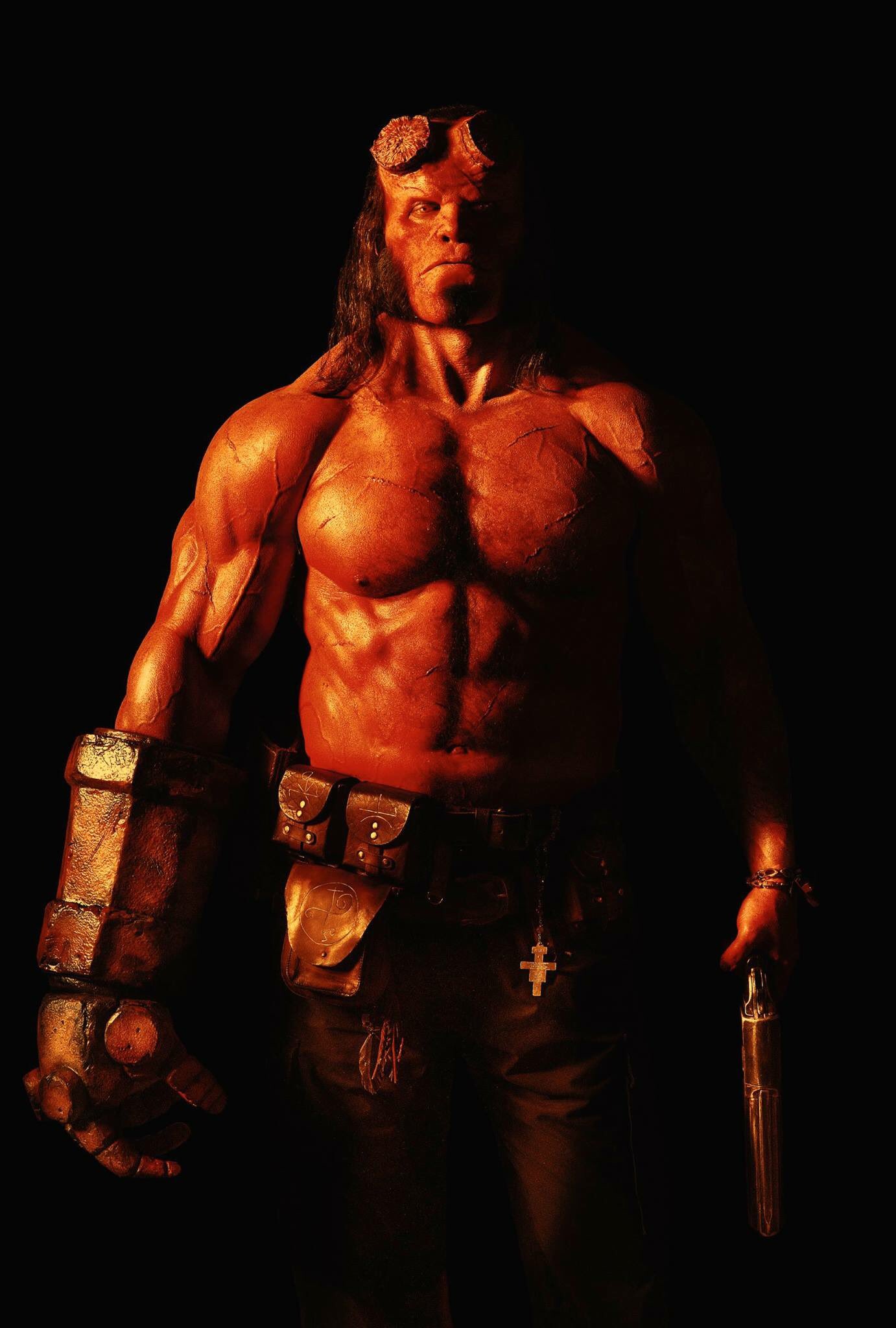 I am still struggling with a Hellboy not being helmed by Guillermo del Toro and not staring Ron Perlman, but I have to admit David Harbour looks pretty dang good as HB.  If the rest of the movie can match the quality shown above, maybe, just maybe, they will get my butt in a seat January 2019, but they are going to have to keep showing me good stuff like this. 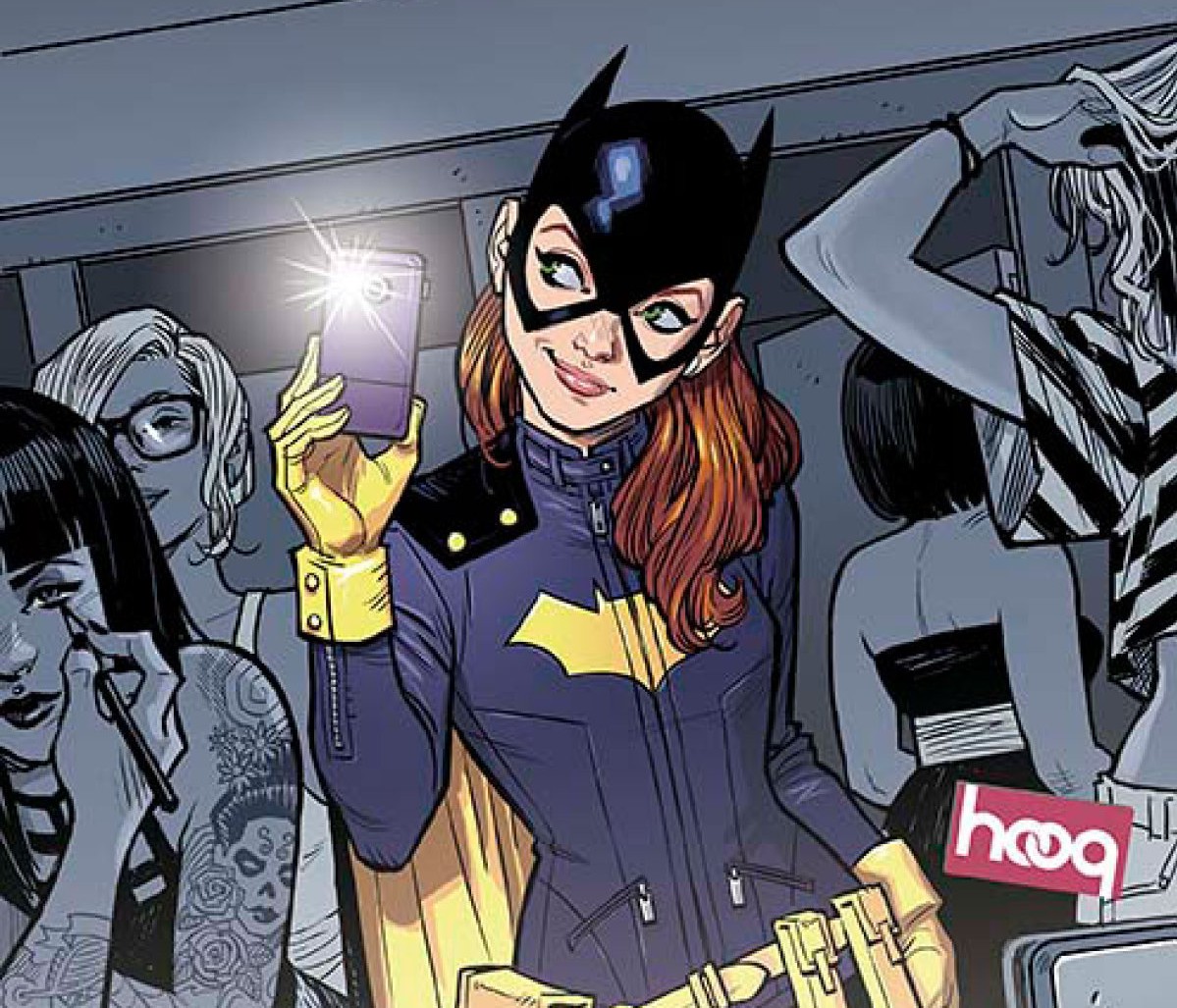 After Joss Whedon puts the finishing touches on Justice League he will turn his full attention to Batgirl, so since he is busy getting the League all squared away I thought I would cast his star for DC’s next solo female superhero adventure!  Here are my top pics! 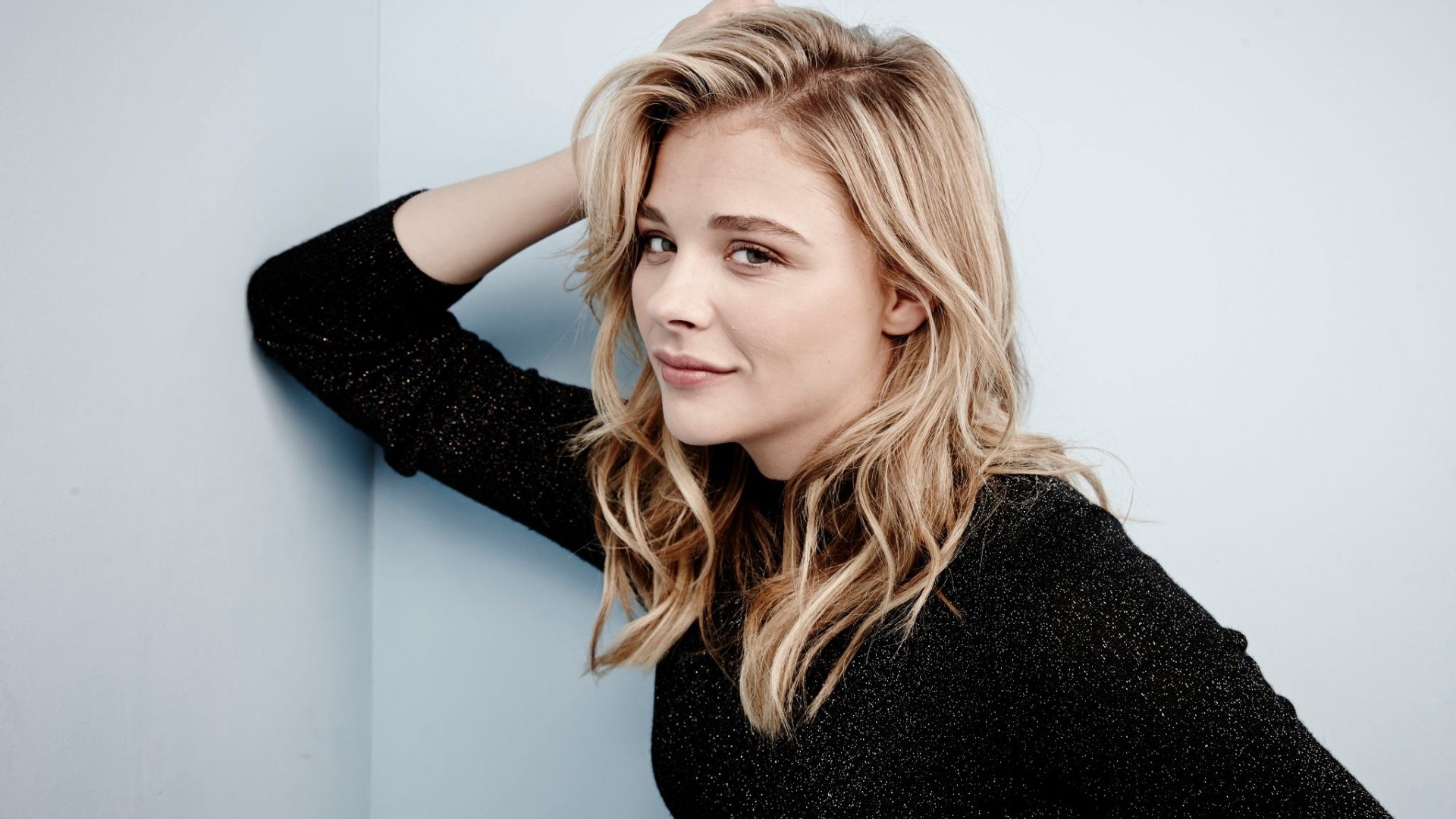 She has already dabbled in the superhero genre with the Kick-Ass films, so we know she can pull off the action, and thanks to 30 Rock we know she can nail down Batgirl’s quirky sense of humor.  She is a well rounded and talented young actor. 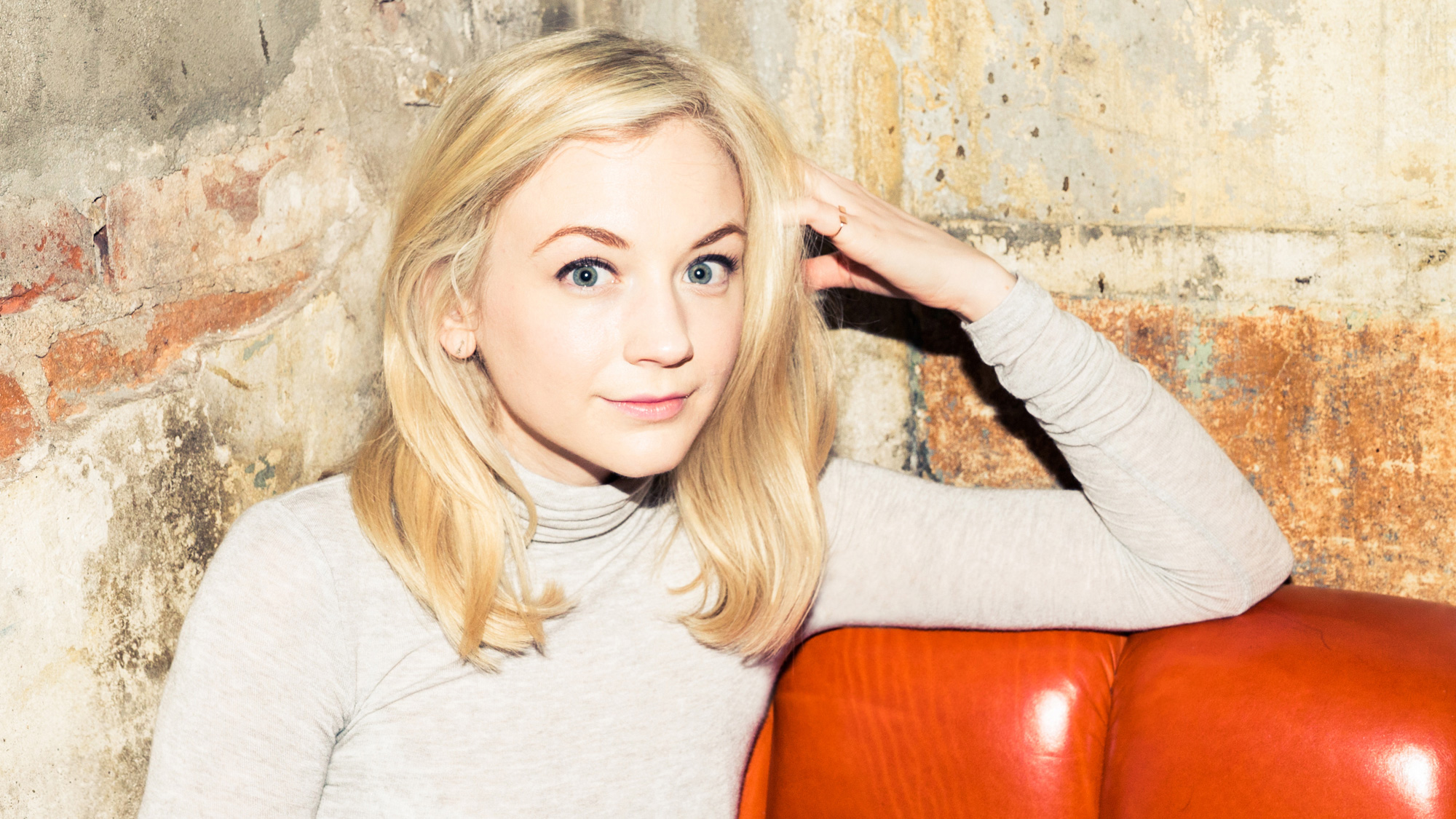 While she never really got to be the zombie murdering machine we know she was capable of in The Walking Dead, she did show she could keep up an amazing cast and even steal quite a few scenes for herself.  The Walking Dead has been worse without her, but I think Batgirl could be better with her. 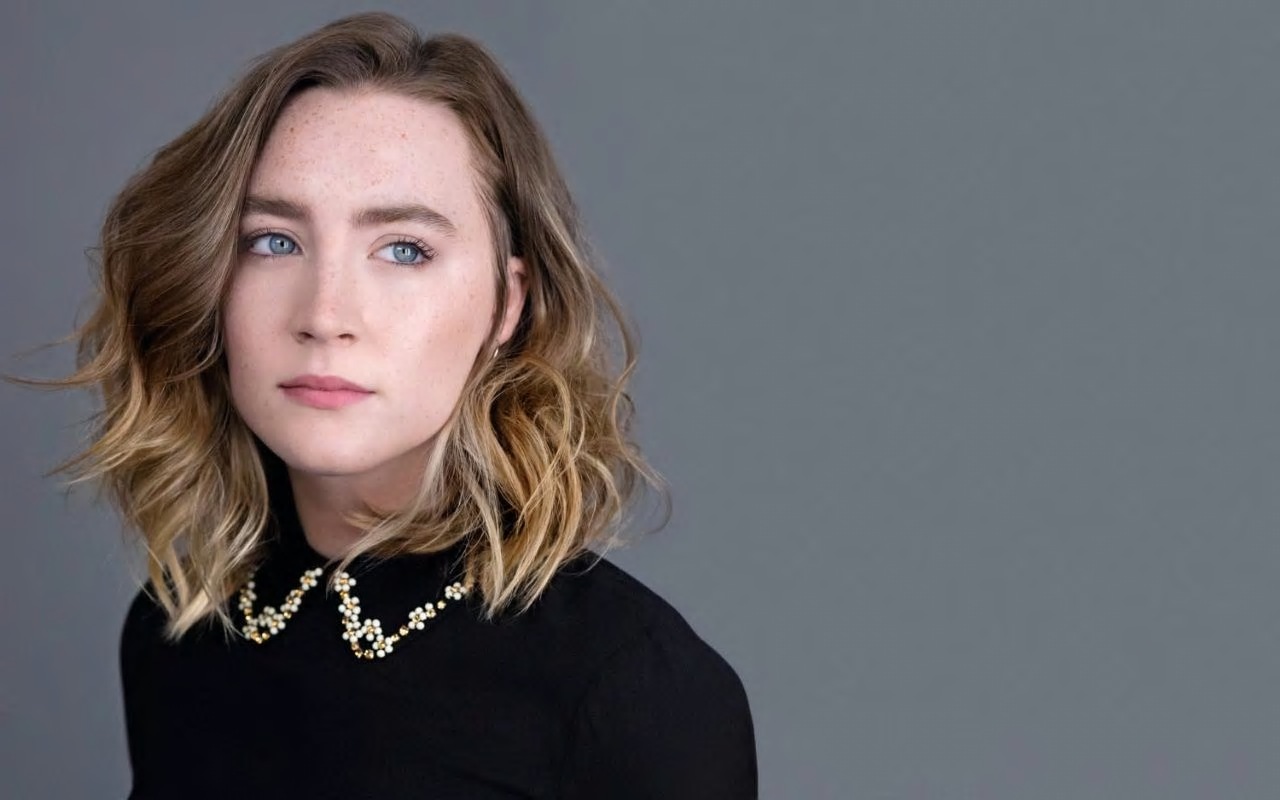 Just because I have no idea how to say her name doesn’t mean the star of the action thriller Hanna wouldn’t be perfect for Batgirl.  I mean Hanna already showed she has what it takes.  She has been doing a bunch of indie stuff lately, so it would be great for her to step back in to the mainstream. 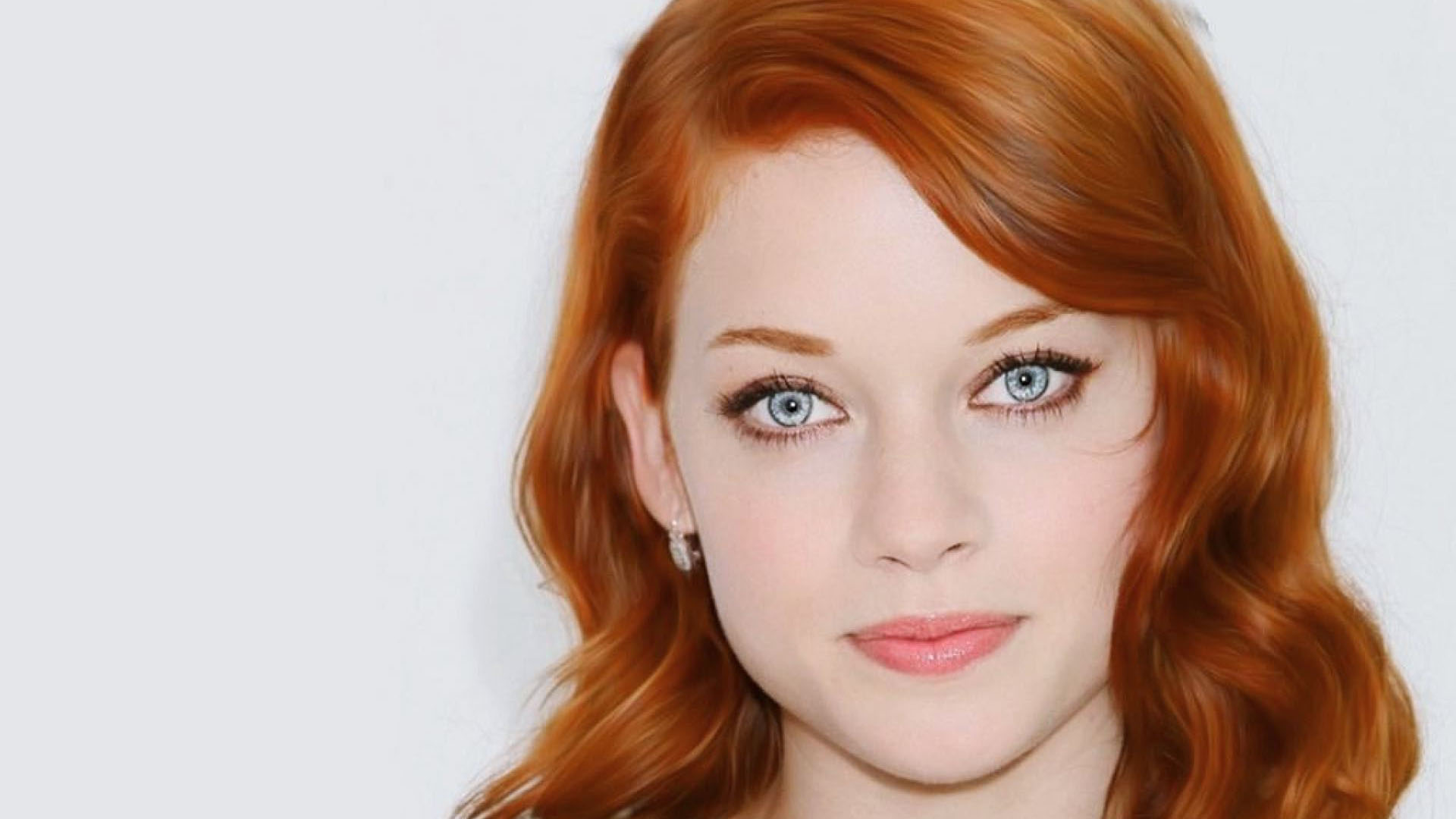 Jane has been in a lot of smaller stuff, but the Suburgatory/Twin Peaks star just looks like Barbara Gordon.  I mean just put the mask over the picture above and it is Batgirl come to life! 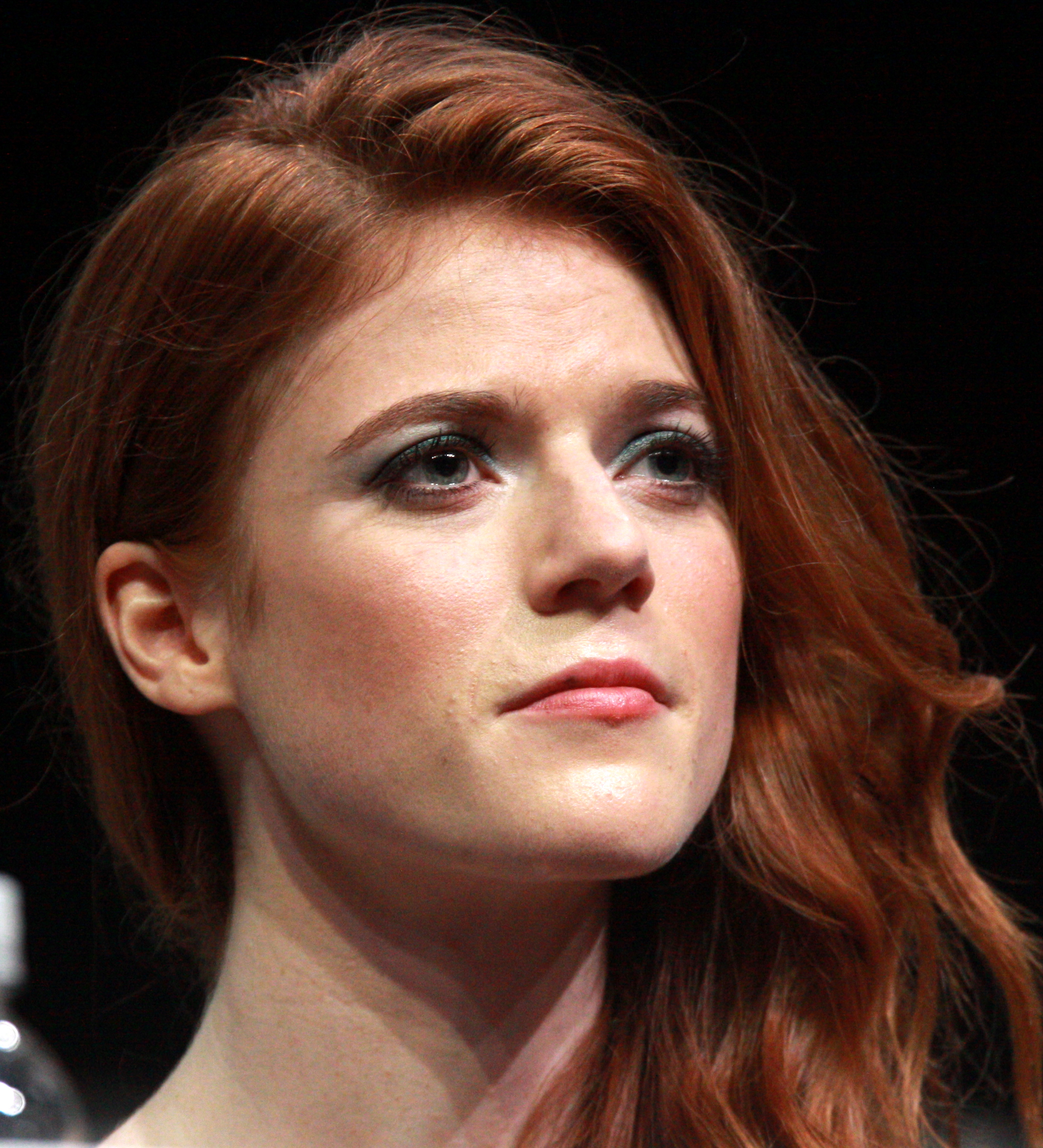 I know I already cast her to be Poison Ivy, but she was John Snow’s Batgirl on Game of Thrones, and again she looks a lot like Barbra.  Not to mention since Batman is older it would make sense to have Batgirl be in her 30’s as well.

Well those are my picks for Batgirl, so of course they are the best picks.  Who do you think should wear the purple and yellow? 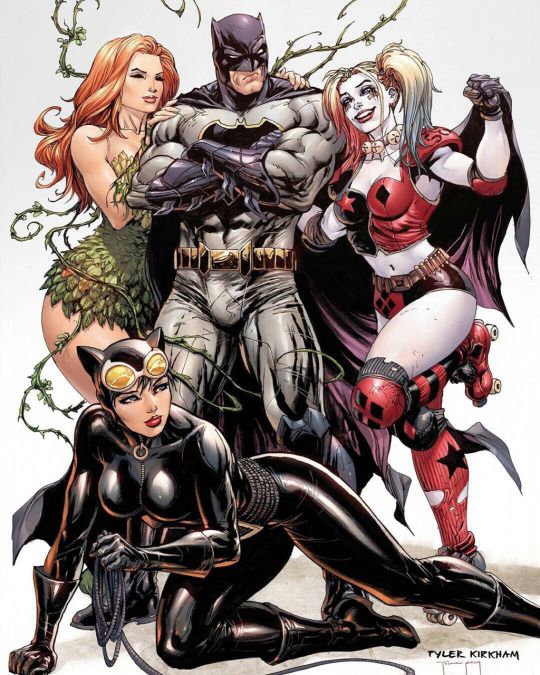 Well the time has come again for me to help out Hollywood and cast their movie for them.  This time I am casting Gotham City Sirens!  We are in need of a new Poison Ivy and Catwoman.  Here are my top five choices for each role! 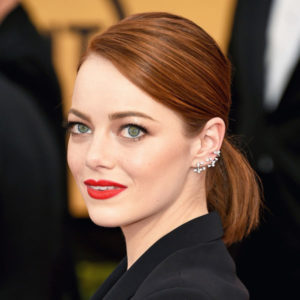 Emma is busy earning awards right now with La La Land, so it is the perfect time to turn her attention to pulp fiction.  She has the wit and charm to make Poison Ivy her own. 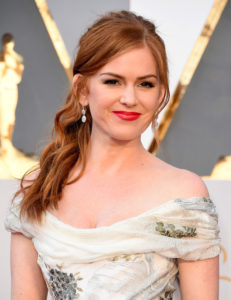 Thanks to Wedding Crashers we know Isla can do crazy and sexy, so Poison Ivy should be prefect for her, and since she is funny, she should be able to keep up with Harley Quinn’s high-jinks. 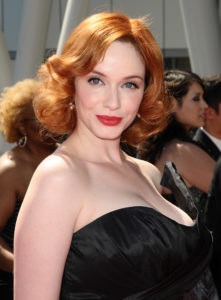 Has there ever been a more seductive red head then Christina?  Even Captain Mal succumbed to her feminine wiles.  She would be great for this role. 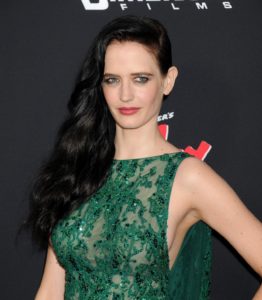 Sadly I have to admit that I am ranking her this high partially because her name is Green, but still she needs something to do after finishing Penny Dreadful, and she would be amazing as Ivy. 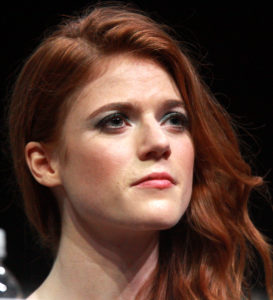 Thanks to Rose (another name pun!!!) we know that John Snow knows nothing, but I could see her kicking in teeth in Gotham City with the best of them, and she would be fun new face for Poison Ivy.

Now on to Catwoman: 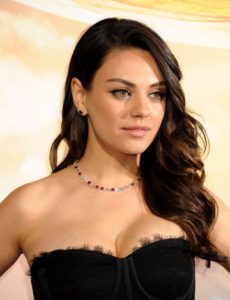 We know Mila has the action stuff down, and since somehow she isn’t already a superhero/villain, we should really change that.  She would be great as Catwoman. 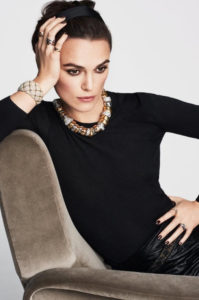 Keira has been doing too many period pieces lately!  It is time for her to stop wearing crowns and gear up to kick some butt.  She started out in action movies, and it is time for her get back in to them. 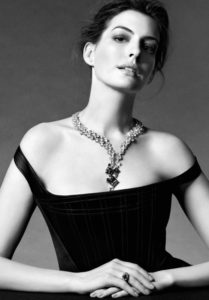 I know what you are thinking, “She was already Catwoman!”  Yes but she was great at it, and she said she would love to do it again.  It would be a fun bit of continuity, and DC does love carrying over random roles.  Though usually they end up as different characters. 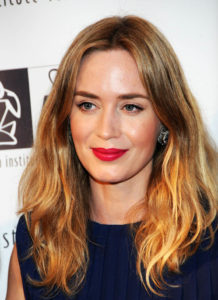 As Mugatu would say, “She is so hot right now!”  And she would bring a lot of interest to this picture.  If any person can co-lead a film at this point it is Emily. 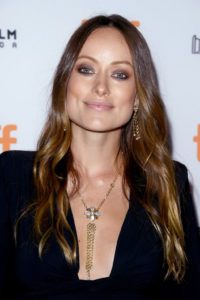 The fact that Olivia isn’t in the Marvel or DC Universes is criminal, so why not make her one of the most recognizable Batman villains of all time?  She would knock this role out of the park.

Those are my top picks for Poison Ivy and Catwoman.  I would love to hear who you would pick.  This movie is getting under way soon, so we should be getting official casting at any time.  My track record is not good, but I like my chances with these two lists. 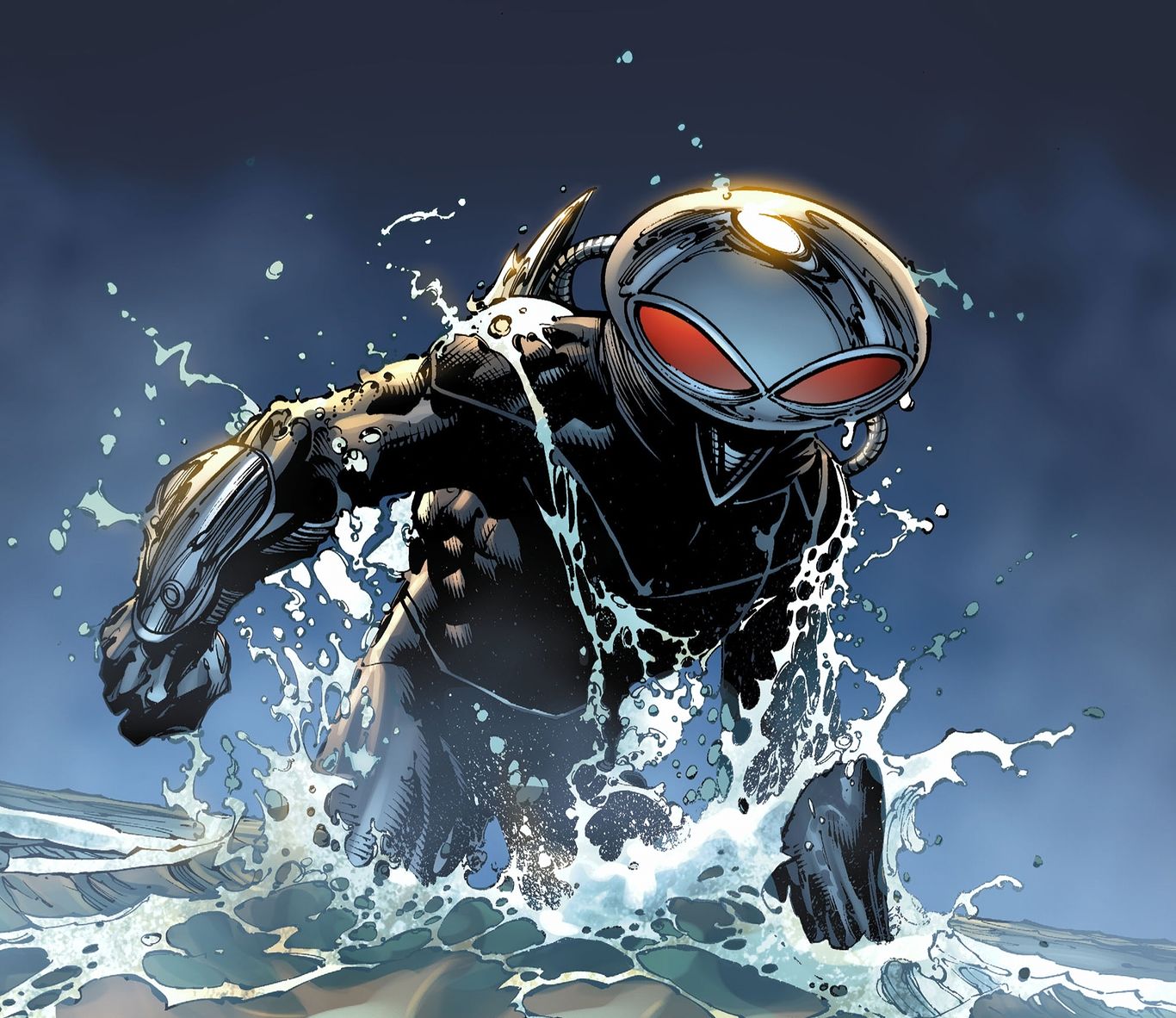 I am going to have to apologize up front.  Usually when I cast a character I have five choices, but with so many people already making either Marvel movies or DC movies I had to narrow my list down to three because everyone was already in something else.  Still with the announcement that the Aquaman’s most well known villain Black Manta would be in the new Aquaman film, I had to voice my opinion.  Here are my top three choices for Black Manta: 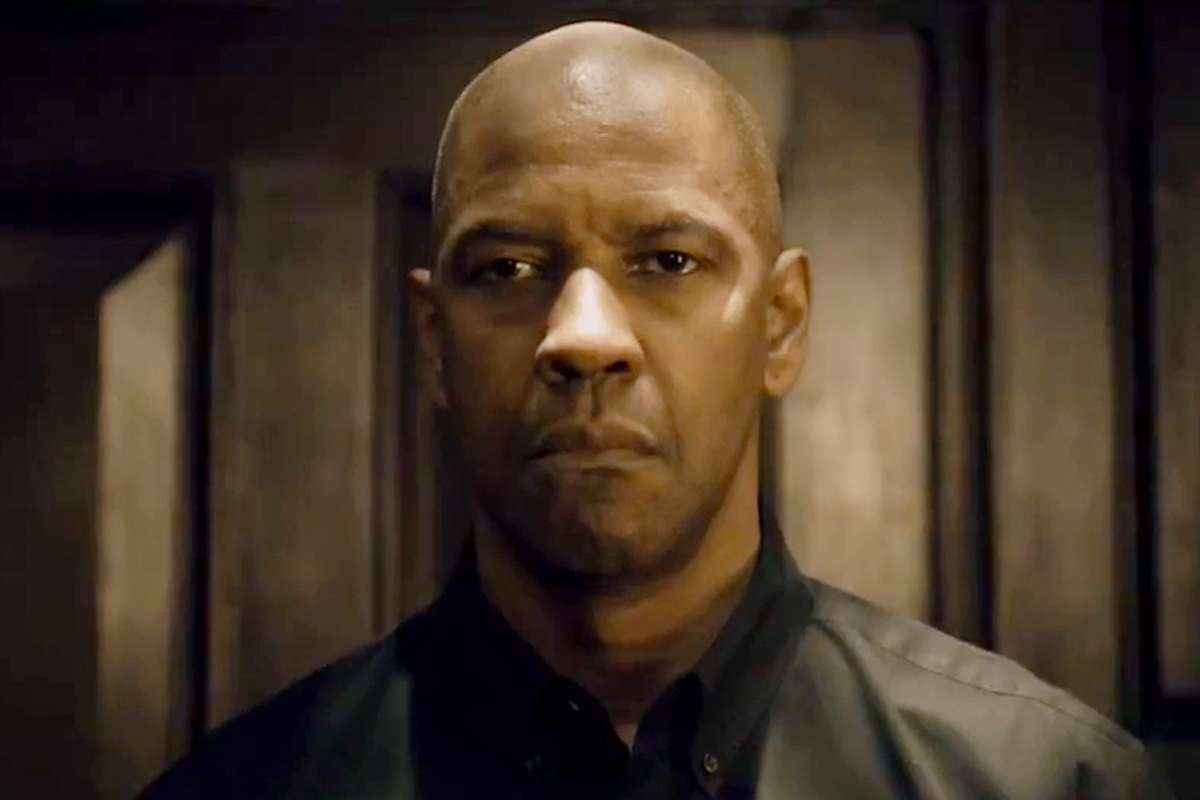 I know that he is 61 and he will be 62 by the time Aquaman starts filming, but he would add some weight and star power to the picture, and Denzel can do anything regardless of his age.  Put him in the suit and I wouldn’t stand in his way. 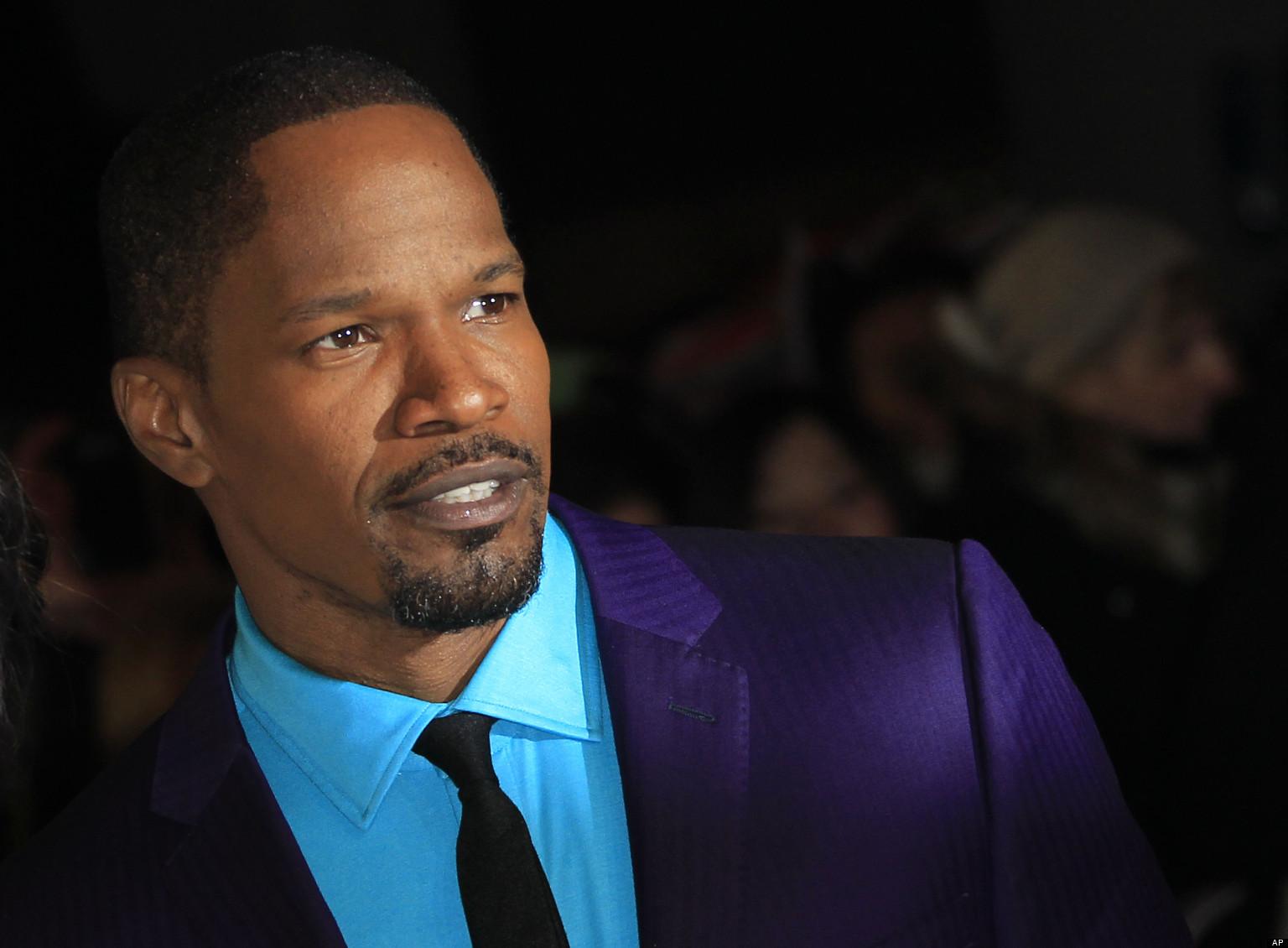 His last outing as a superhero villain did not go well in The Amazing Spider-Man 2, but he is a talented actor, and playing a more serious villain like Black Manta would play to his strengths.  He could definitely throw down with Jason Momoa.

The fact that Michael K. Williams is not already working on a major comic book movie is crime, but he would be perfect for Black Manta.  If you doubt his acting chops check out Boardwalk Empire or The Wire and you will be sold.  No one would be safe underwater with Michael K. William’s Black Manta on the loose!

Those are my three choices for Black Manta!  What do you think?  Who would you pick to play opposite of Aquaman?