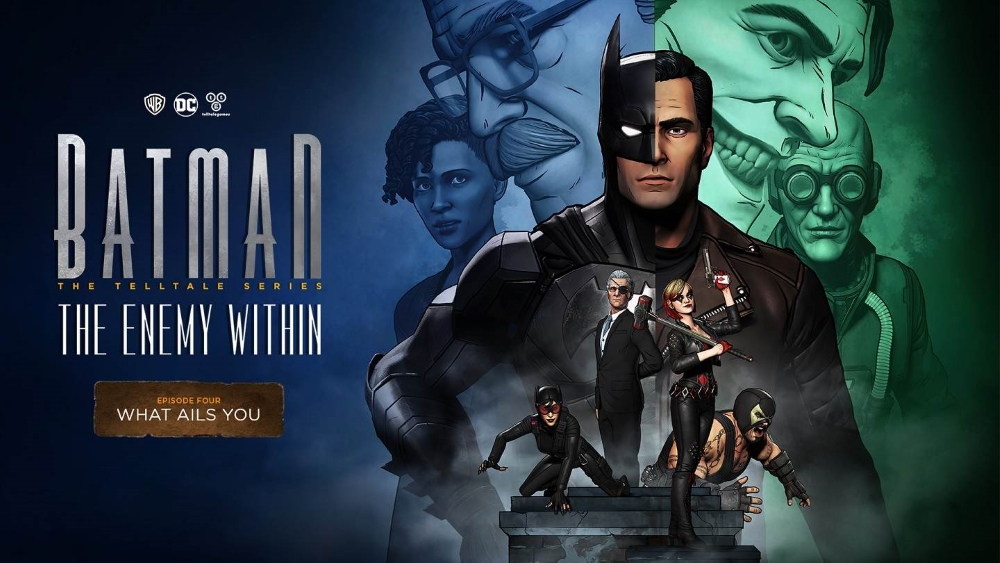 It turns out the reason that Bruce Wayne spends all his time fighting crime as Batman is because he just screws things up as Bruce, or at least I screw everything up as Bruce, and since 80% of the people out there made the same decisions I did, we are all screwing up together.  I mean things have really hit the fan in Batman: The Enemy Within, Episode 4, What Ails You.

I guess I should have seen this coming.  Leaning on my father’s criminal past to infiltrate a group of crazy criminals was always a bad idea, and I hate Amanda Waller for making me do it.  Still, I have only myself to blame for the way things have turned out.  Which is not good.

Sadly since this is only Episode 4, I wasn’t able to go full Batman and finish things they way I should have from the beginning.  Which is the problem with all TellTale Games’ forth episodes.  They are short and don’t have satisfying endings.  They are pure setup for the finale.  That being said, I have not seen things get this out of hand in a TellTale game before either.

I swear that I have done everything right, but crap is still falling apart.  Which is why I have been loving this series.  Generally in a TellTale game, you do what you are supposed to do and things end up okay.  With The Enemy Within, I am not sure that is going to be the case.  Which is a far more interesting story than everything being just peachy.

If you haven’t got TellTale’s Batman: Then Enemy Within, you need to start playing this game.  You will have no regrets, other than the fact you will be terrible at being Bruce Wayne.  Which, if we are fair Bruce is usually pretty bad at being Bruce as well, so this is a faithful adaptation.