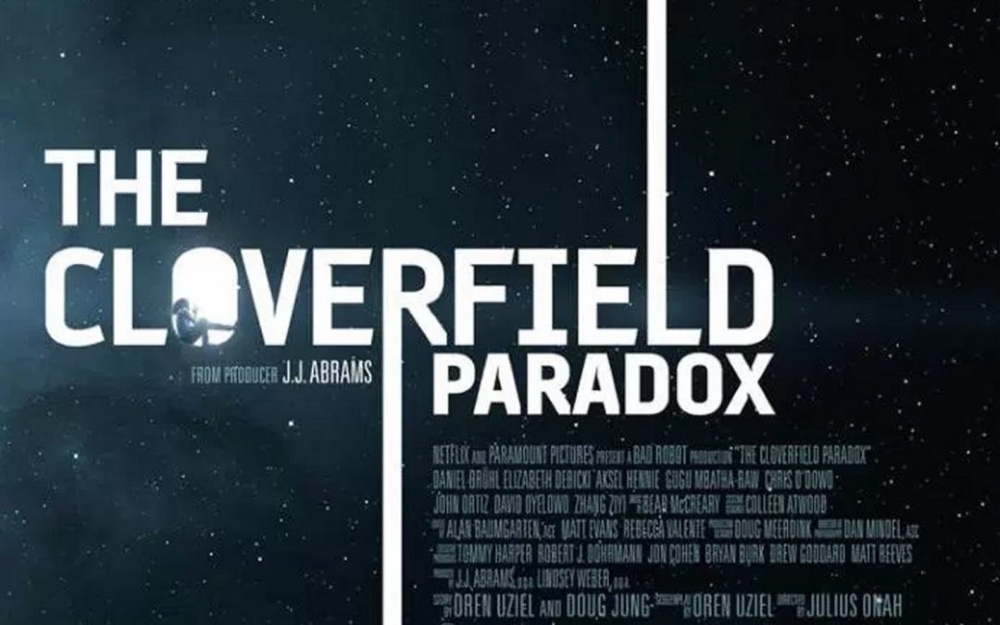 In the near future the human race is almost without power, so a team of scientists have headed to space to try and find a way to generate limitless power with a particle accelerator aboard the Cloverfield space station.  Since this is a Cloverfield movie, you can guess things go poorly.

Even though the trailers give away some of what happens, I will do my best not to spoil anything because this movie is at its best when it surprises you.  Which unfortunately is not that often.  It is the standard haunted house in space setup with some Cloverfield stuff edited in, and the Cloverfield stuff hurts the pacing of an already iffy movie, but it did add some curious pieces to the Cloverfield puzzle.  Even if those pieces don’t entirely fit, but the premis for the movie almost means that they don’t have to, which I enjoy thinking about.

While the cast is fine (it has Chris O’Dowd from The IT Crowd!), there is no John Goodman here to carry the weaker parts of this film, so whenever the action stops the entire movie almost grinds to a halt.  No one is elevating the material, and it could have used a little elevation.

While I have been pretty hard on The Cloverfield Paradox, I will say I find the implications this movie has on the rest of the Cloverfield franchise intriguing, and I have been thinking about where they go from here, so I don’t regret the hour and fortyish minutes I spent with it.  It didn’t squash my excitement for the franchise, which I guess they just bought and are re-editing another one now, so for Sci-Fi fans it is probably worth watching just to be up to speed for the next one.