A truth of our time is that there is a lot of entertainment for us to consume. Also true is that we have only so much time to watch it all. Average shows or movies tend to slip through the cracks or fall down the TV schedule, so it’s nice to have Netflix or Amazon Prime to catch up on a TV series or Movie you meant to watch but just didn’t. Assembled below are three short reviews for some things I’ve watched recently and maybe you should too. 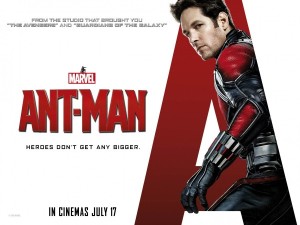 Although Shmee has already reviewed Ant-Man, I’d like to add that Payton Reed did a fine job jumping into a difficult situation as Director. Audiences were excited for Evan Wright’s take on the Marvel Superhero Brand that we were all a little disappointed he left. Absent Wright’s direction, the film could have been slap-dash and paint-by-the-numbers, but I came away from the film really happy; having enjoyed my one hour and fifty-seven minutes (not counting the stingers at the end). Ant-Man had it problems, but I think it does something recent Marvel movies have not done – be small and deal with more ordinary people. Arguably that’s what draws us to Superheroes in the first place, the people behind the mask. Ant-Man explorers that just a little bit more and better. 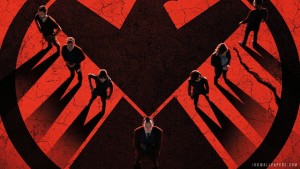 Another Marvel property that I like, because it too follows the little guy (namely Agent Phil Coulson). Agents of Shield has its faults though. ABC has thankfully kept the show going, probably because someone in a meeting used the word “Synergy”. Agent Coulson and his team have changed a lot since the last season, which was slow to build and then after Captain America: Winter Soldier went sideways. Agents of Shield Season 2 builds on that last half of Season 1 and tells two stories that build into each other. A critique of Agents of Shield would be that the final story arc had a good section of the show taking place in a new-age massage parlor set that just really took me out of the show. All together though I enjoyed this season a lot and look forward to Season 3. 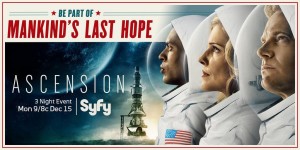 Ascension was a SyFy event movie about a generational ship build during the days of Kennedy and sent off into space. All of the crew have not experienced the cultural revolution, 9-11, or any of the other events that have shaped American culture so they are a unique microcosm of society that has developed in their own way. A murder on the ship throws everything into chaos and we see the cracks that have formed in everyone’s relationships throughout the ship. Ascension then plays a slight of hand, by changing the show to something else… something not as compelling by episode two. Also there is a lot of hanky-panky. A lot of the appeal of Ascension for me was the idea of a generational ship half way to its destination and the society that has grown because of that reality. Ascension starts with that same premise, but then stops its world building to do something else. About half way through I was just watching to finish the series; which doesn’t really end with any real satisfaction since SyFy didn’t choose to turn the miniseries into a full blown series. All of the pieces seemed right for a compelling science fiction drama (beautiful sets, nice costumes, and even some compelling characters), the end rest though was just flat.

One Reply to “A series of reviews by The Paladin”