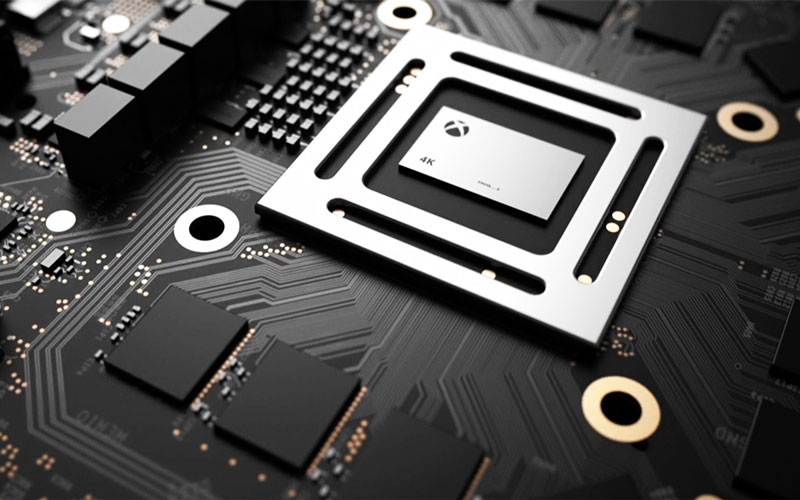 It is clear that Microsoft doesn’t like being the less powerful than the PS4 Pro, so they went all out to beat it.  12GB of DDR5 memory, 4GB more than the PS4 Pro, and it bests PS4 Pro’s memory bandwidth by more than a 100GB/s at 326GB/s.  They boosted the core CPU clock speed by almost a full 1GHz.  Then on top of that they went up from 12 compute units on the standard Xbox One GPU to 40 on the Scorpio, so that is 28 more graphics threads, and 4 more than the PS4 Pro.  What does that mean to us?  It is pretty dang fast.  Fast enough to compete with the PC fanboys that is for sure.

Microsoft has also said that all games will get a boost, not just ones that program for it, so that will be interesting to see.  It will also be interesting to see if they can hit their native 4K resolution promise.  With this kind of power I am sure that they can, but will games’ FPS be able to keep up?  Now all we need know is how much all this power will cost?  I am guessing it will have to launch somewhere around $500, but any more than that and it could be DOA.  Especially since there are no Scorpio exclusive games.  All games should work on both the Scorpio and the Xbox One.  Microsoft should have an interesting E3.  I will be watching that is for sure.  Until then I am going to dream about compute units!

Watch the full reveal below!