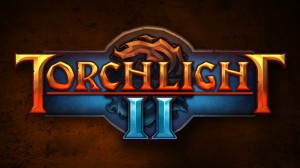 I recently had a LAN party with a bunch of my friends, and the main game that we played was Torchlight II by Runic Games.  Now I know what you are thinking: “Didn’t Torchlight II come out two years ago?”  Well you would be right.  It did, but that is why it was the perfect game to play because it was cheap, fun, runs on just about every computer out there, and most of my friends had it anyway.

Torchlight II is pretty much a straight up Diablo clone.  If you don’t know what Diablo is you have been hiding under a rock, but I will tell you anyway.  It is an action RPG, where you click on monsters to kill them.  The monsters drop items and give you experience points, so you can arm yourself with cooler stuff and better abilities, and then click on the monsters to kill them better.

Every time I explain what a Diablo clone is, it always sounds awful, but they are quite fun and very addicting.  Torchlight II does it best to streamline the process by adding pets that will shop and carry loot for you, and a skill tree that makes sense.  But the big reason to get Torchlight II is that you can Mod it, and get Mods for it easily.

For instance we were using a Mod that allowed 25 people to play the game at the same time, we only had nine, but still that is not something Diablo lets you do.  There are all sorts of cool changes to this game that people have made.  It is almost better to play the game now then when it first came out because of all the extra cool stuff to play with.

If you want to play a fun action RPG then you probably already have Torchlight II.  If you don’t then you should have no qualms about picking it up.  It is always going on sale, so you should be able to find a copy under ten bucks, and it is well worth that meager investment.

One Reply to “Wear Out Your Mouse With Torchlight 2”