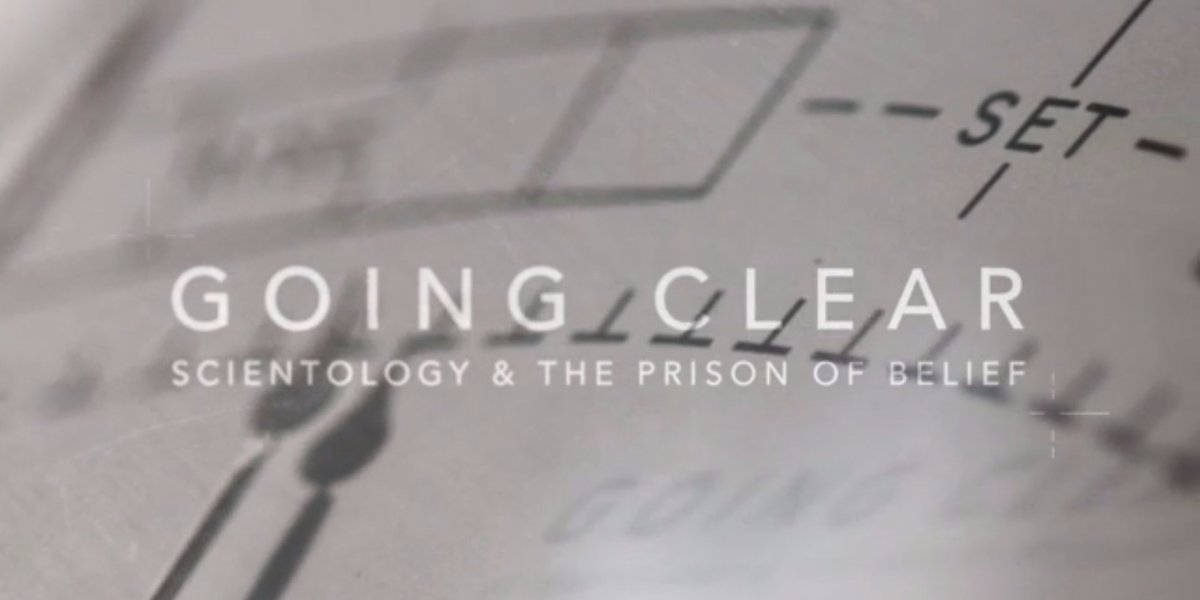 There has been a lot of buzz lately about the HBO documentary Going Clear by Alex Gibney.  It is based off the book with the same title by Lawrence Wright.  I have watched quite a few horror films in my day, but this documentary about a “religion” truly terrified me.  There is a reason it is one of 2015’s must watch films.

The film presents a brief outline of how Scientology came in to existence, and some background info about its founder L. Ron Hubbard, but the real meaty parts of this film are the first hand accounts of its former members.  Their descriptions of abuse and harassment are gripping and horrifying.  It is hard to believe that these people didn’t leave earlier, but it seems once the church has its grips in you it is hard to get out.

I used to think that Scientology was simply full of harmless weirdoes, but now I know that it is large and dangerous organization that wants to exploit it members for every penny they have, and if they put up any resistance, they are abused and harassed in to submission.  Meanwhile they keep a few key celebrities very happy, so they can put an attractive front on the church.  That way outside people don’t dig too deep, they just see Tom Cruise.  It should be mentioned that the Church of Scientology refutes all this, but it kind of has to.

Now I have to give Alex Gibney a lot of credit, if this movie was purely an information dump it wouldn’t be as good, so his direction keeps this film moving humming along.  It doesn’t drag at all, and that is hard to pull off for a documentary.  Though I am sure that his job was made easier with all the research done by Lawrence Wright.  Wright says in the film that he did not start looking in to Scientology to do an exposé at first, but that he just wanted to see what Scientology was all about.  Once he started to hear the stories and find the truth, he was just blown away.

I don’t watch a lot of documentaries, but movies like Going Clear remind that I should.  The good ones inform and entertain like no other medium can.  I hope this film can loosen the grip that Scientology has on it members, so they can get out of the church’s exploitive system.  Going Clear should be on your short list of films to watch this year.