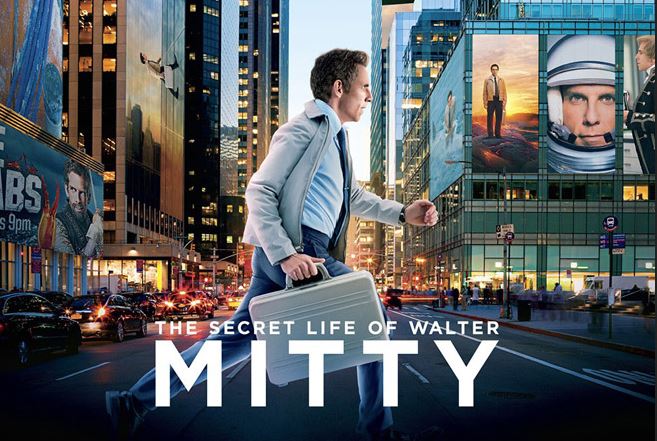 Walter Mitty (Ben Stiller) has the kind of cool job of archiving and taking care of all the photographs for Time Magazine, but when a special photo by famed photographer Sean O’Connell (Sean Penn) comes in, Mitty can’t find it.  To make matters worse this photo is supposed to be the cover of the last issue of the Magazine.  Will this be what it takes for Mitty to go off on the adventure he has always dreamed of?  You know it will.

Everything about this movie is predictable.  You know every move before it happens.  The “twist” you see coming a mile away.  It is just a bore, and what is worse they had some opportunities for some laughs, but instead they decided to make this movie heartwarming, so they let them fall by the wayside.  The problem is that it isn’t really that heartwarming either.  Sure it has a friendly feel, but you never care that much about any of the characters.

The fact that this movie stars Kristen Wiig, who can be outrageously funny, and she does nothing in this film is a crime.  Her character is a random void.  We have no idea why Mitty is so smitten with her.  Her son played by Marcus Antturi is in the movie for like five minutes and has more to do than Wiig.  Stiller who is always likable, comes off as likable, but we never get invested in him.  He is just that likable guy running around on screen.  Why get good people to be in your movie if they have nothing to do?

The only thing this movie succeeded at was convincing me that I need to visit Iceland.  The movie looks great, and if it was someone’s travel log it would have been fine.  This was Stiller’s first big gig as a director, and it looks like he got the cinematography down, but he forgot to inject any life in to the characters.  So if you haven’t guessed by now, I don’t think you should investigate the Secret Life Of Walter Mitty, but if you do, at least you will forget it almost as soon as you watch it.