This weekend I had an excellent bag of toffee covered popcorn. It was in small bags, tasted fresh, was satisfyingly crunchy, and the toffee flavor was delightful. It was Cascade or River something. I don’t seem to remember the name, but the experience easily made up for it. 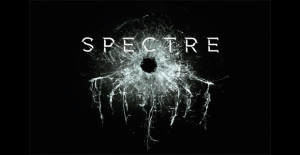 Unlike the movie we watched, Spectre. I can remember the name, but beyond that I can’t really think of much else. It was a James Bond movie? It had Monica Bellucci in it very briefly, which was as shame. Voldemort let Moriarty fall off a balcony. Stuff blew up and bad guys were dispatched in the usual ways.

I wonder if the new Bond films have the Star Trek movie problem where every other film is good.. Only they’re on the odds and not the evens? But Spectre is not like Star Trek V: Final Frontier bad; it’s just forgettable, a lot like Quantum of Solace. And its not Daniel Craig’s or the director, Sam Mendes, fault. Casino Royale and Skyfall were a renaissance in James Bond films, that were both more grounded and yet mindful of the past cinematic experiences. I think it was just the story, whatever it was, was just boring.

Really, I just want to talk more about my mystery bag of toffee covered popcorn. It was that good.

P.S. I do remember one thing about the movie – the opening title was THE absolute worst James Bond song ever; even beating Moonraker by a huge margin.