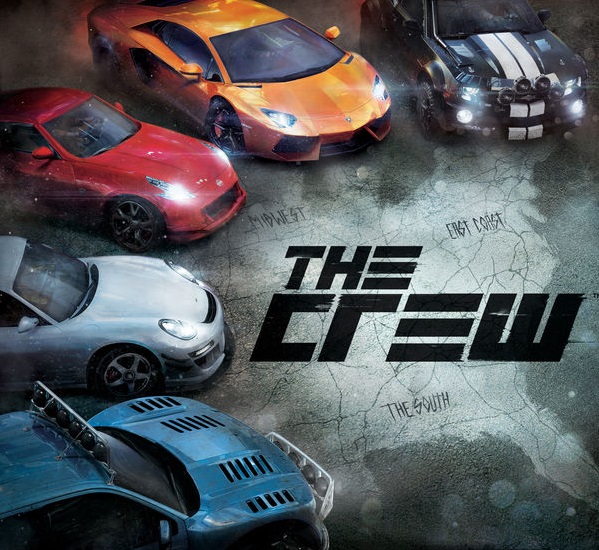 I don’t remember signing up for the beta for Ivory Tower’s The Crew, an open-world racing game, being published by Ubisoft. I don’t do a lot of racing games, not since Mario Cart on the SNES, so I wasn’t sure what I was going to get out of the game. The Crew’s claims to fame are a world map that truncates the United States so you can drive across the highways and byways from one coast to the other in an hour instead of several days; additionally you are playing at the same time as other players who you can join up with to complete the missions.

The game is very pretty, driving through the digital United States is a lot of fun, but you’re doing 130mph everywhere so you’re not able to really take in the view. You start in Detroit, but you can drive anywhere you’d like. There are some small towns and sights that dot the landscape between the big cities, as well as hidden items you can collect to build a secret car or improve your current car. You’re guided wherever you want to go by a floating blue line that gives you enough information without being intrusive. I took the long trip to Seattle from Detroit, traveling across the Midwest and then into the hills, even unofficially racing another player as we both struggled to navigate the high speeds, logging trucks, and tight curves of the mountain passes. He eventually turned off for Salt Lake City, while I made the final push to the Emerald City. Sigh, I miss him. Along the route you pass through challenges that you can engage in to earn improvements for your car (although the challenges are locked to certain levels so the ones on the way to Seattle were closed off to me). These challenges range from Speed, Slalom, or Jump skill challenges that reward you at different levels (Bronze, Silver, and Gold… FYI, Gold is bestest).

The story missions I played offered some variety, most involving NPC racers for me to crash into and bounce off of to victory. These races happen in their own instance so you’re not in the world, tying up the streets with your illegal street racing. The story is a mix of revenge and Fast and Furious and could be interesting, although hard to say when I only played a handful of missions. Joining with other players, I think, improves your bonuses and rewards when you win. I of course wouldn’t know because I’m a lone wolf who rides alone.

Overall I enjoyed The Crew even though it’s not my preferred style of game. I’m sure someone has some actual critique driving mechanics (I chose the Nissan Z which let me drift around corners effortlessly, unlike the Dodge Charger that drifted like a bar of wet soap), but I never felt I was overly punished for not being a racer. The only other critique I might have is the depiction of the United States. The map has Seattle, with some changes like I-5 North loops back to the Alaska Way Viaduct southbound instead of traveling further northward; but it doesn’t have Spokane or Portland. Auburn is on the map for some reason, which was odd. Eastern Washington, also was also far too tree covered.

I could of course spend a long time picking the world map decisions apart, but the reality is we don’t have to power available (not to mention the privacy concerns) to truly create a map where I can park in front of my house (however awesome that would be). So, you have to cut Ivory Tower some slack there. The Crew, for me as a non-racer, was actually a lot of fun and I was bummed when the Beta ended. The racing games for me that have been the most fun are those where you do more than race, preferably crashing into my friends or shooting red turtle shells at them; The Crew looks like it hits those notes as well as the racer notes well enough to make all the gamers feel comfortable behind the wheel of their virtual car. The Crew is scheduled to release this December and you might want to see it under your Christmas Tree this year.