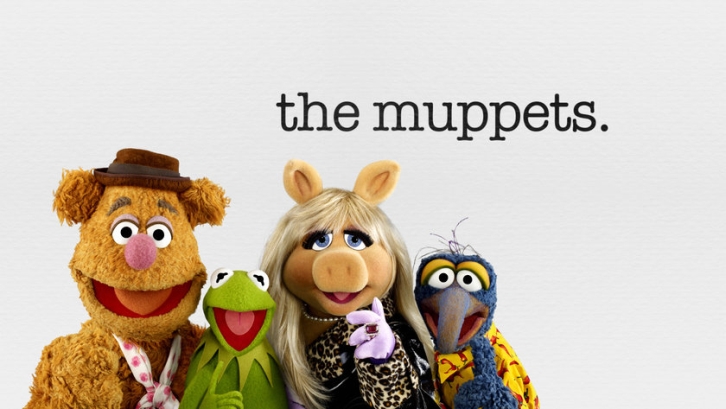 I went in to The Muppets with low expectations.  While the previous two movies were good and fine respectively, the new TV show’s adds looked a bit off.  Like they were trying to conform the Muppets to sitcom norms of today, and sadly that is what it appears they have done.  Now I should say right of the bat that The Muppets is actually funny, the problem is that the Muppets are now something they have never been before, mean.

The Muppet gang is now hosting a new show “Up Late with Miss Piggy”.  The wide range of felt cast members are now stage hands, writers, or bit performers.  Kermit is of course the executive producer trying to keep the show running with his rag-tag crew and demanding star.

I have no problems with the setup.  The vaudevillian verity shows of yesteryear have all given way to late shows, so it would make sense that the Muppets would follow suit.  I am also okay with the slightly edgier jokes.  If you have fond memories of The Muppets being a harmless kids show you should re-watch the older series.  My problem, as the title to this post would indicated, the Muppets have lost their love for one another.

The obvious place to start with this lack of love is the breaking-up of Piggy and Kermit.  Kermit is our lens for the show, so if he can no longer handle Piggy’s antics it makes her come off as meaner and crazier, and not just a demanding free spirt, or a lovable diva.  Also the jokes Kermit takes at people’s expense no longer feel like gentle ribbing, but more like he is slinging daggers.  The rest of the cast similarly take mean jabs at one another.  Another problem, though not as big, is that The Muppets really wants to show us the mundane lives of these puppets, and while Muppet media has always been connected to reality, their zany antics usually popped more because of that juxtaposition.  Now that the Muppets are taking part in the everyday they feel a little dull.

Like I said before The Muppets is actually funny, so the writers deserve some kudos for that.  The problem is that these Muppets seem sad and mean, and not the freewheeling crazy gang we have all come to know and love.  Now I have said it before on this blog, and I am sure I will say it again: Pilots are usually terrible, so I will give The Muppets a few more chances before I write it off, and who knows maybe the Muppets finding their kindness is what this season is all about.  I hope so.