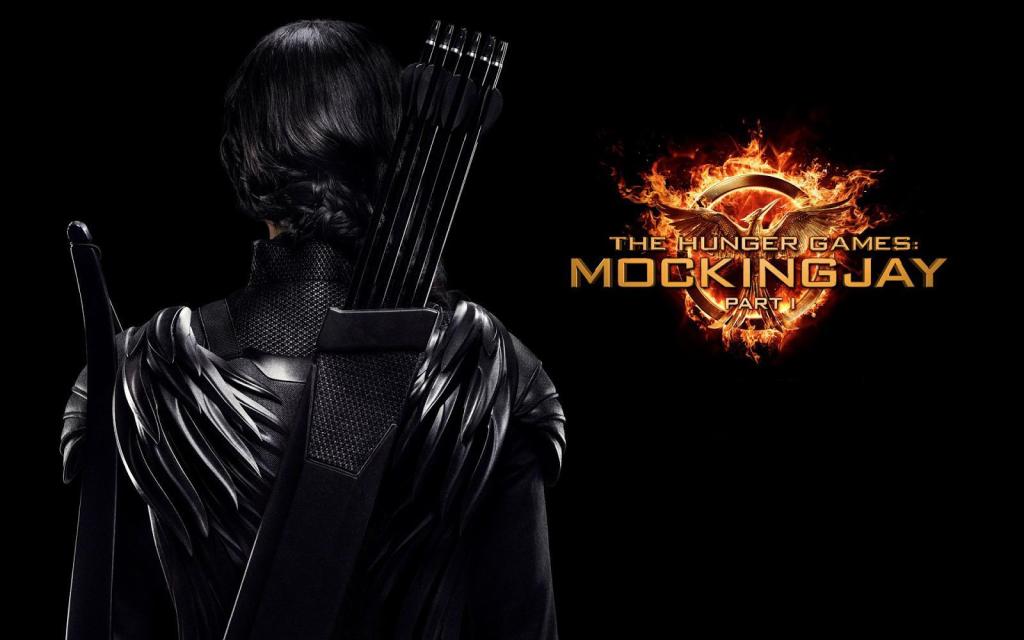 The Hunger Games: Mockingjay Part 1 is a first half looking for a second half.  There is a lot of setup and tension building, but no conclusion or release.  It is sadly as the title says “Part 1”.  The Hunger Games movies have always been one continuing story, but the pervious two at least had some form of an ending.  This movie does not.  It is still a fine movie, and a must watch for fans of the films and the books, but when Catching Fire was so good, this was a little bit of a letdown.

The story picks up directly after the events of Catching Fire, and Katniss Everdeen (Jennifer Lawrence) is having a hard time coping with previous events.  She is also very upset they did not save Peeta Mellark (Josh Hutcherson) like they had promised, and now he is in the hands of The Capitol being used as a propaganda tool.  Katniss agrees to be a propaganda tool herself as the Mockingjay (Hey it is the title of the movie!) to fight back and lead the rebellion.

While I am not happy they split up the last book in to two movies, I have to admit that they are continuing to adapt the book very well for the big screen.  They are adding scenes that fill in the blank spots, and the dialog is spot on.  I have never missed all the internal monolog that the books have because of they way they have set up the scenes and framed the characters’ reactions.

The other big reason that characters’ reactions and emotions pay off so well is that the cast continues to be superb.  Jennifer Lawrence has become one of the best actors of her generation, and she deserves all her accolades.  Josh Hutcherson similarly has come on very strong.  His scenes as the propaganda spewing puppet, all the while seeing the pain behind his eyes, were quite gripping.  He has come in to his own.  If there was one person that was a little flat, it was Liam Hemsworth as Gale.  I am not sure if they didn’t give him enough to work with or what, but for the most part his character was very dull.

Francis Lawrence continues his fine work as director, and he films what little action there is nicely.  He gets all the actors to do what they need to do.  The only complaint I have is that he should have cut down the running time by about thirty minutes, but these days people expect two hour movies, so maybe he felt obligated to pad the time a little.

This movie could have been great if it was complete.  The script, the actors, and the director were all in place, but instead Lionsgate thought with its pocketbook and tried to get one more movie out of this franchise.  With all of this buildup, I hope they knock it out of the park with Part 2 because that is what this franchise and the people who paid to see half a movie deserve.