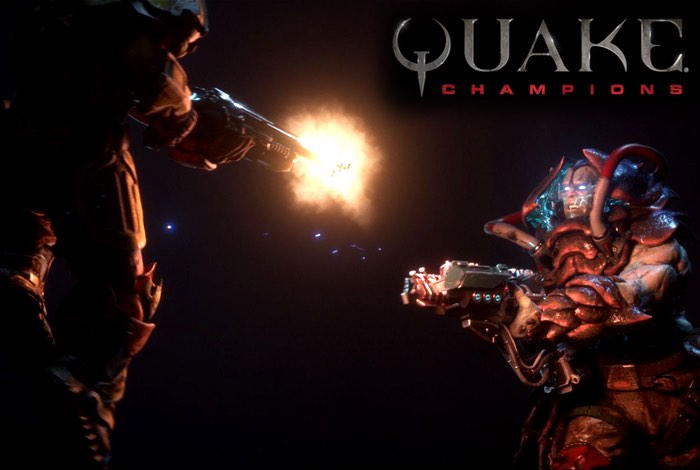 Are you old enough to remember Quake?  The game where memorizing the map and running a circuit to maximize weapon and armor spawns was vital to staying alive and climbing the leader board?  Well Quake Champions is still that, except now you have the titular “Champions” with special abilities.  So while you are running your circuit, every now and then you can pop your ability and go invisible, teleport or leave a stream of plasma in your wake.

There are a couple of new modes: Duel, where you pick your three favorite Champions and then go one on one with another player.  Kill the other player’s three Champions and you win!  But since I am terrible, this is not a mode for me.  However, Sacrifice, which is center flag but like LawBreakers you need to guard the “soul” in your area for a while before you get the point, is a lot of fun.

My only reservation about Quake Champions is the price.  It is “Free”, but that only gets you one Champion.  There is going to be a deal to unlock all the Champions from the start, but they haven’t said how much that will be yet.  In my mind it should be like $20, and then they can nickel and dime you for chests and backpacks which give you Champion customizations and whatnot.

Quake Champions is a fun game, and it feels like its namesake.  I just hope that the free2play aspects of the game don’t ruin it.  If you can get the base heroes for a reasonable price I can see this becoming a hit.  If Bethesda overcharges for the Champions, there are a lot of other games to play, and the draw for Quake Champions will just not be there.  Especially considering  I can get Quake 3 for just a few bucks.