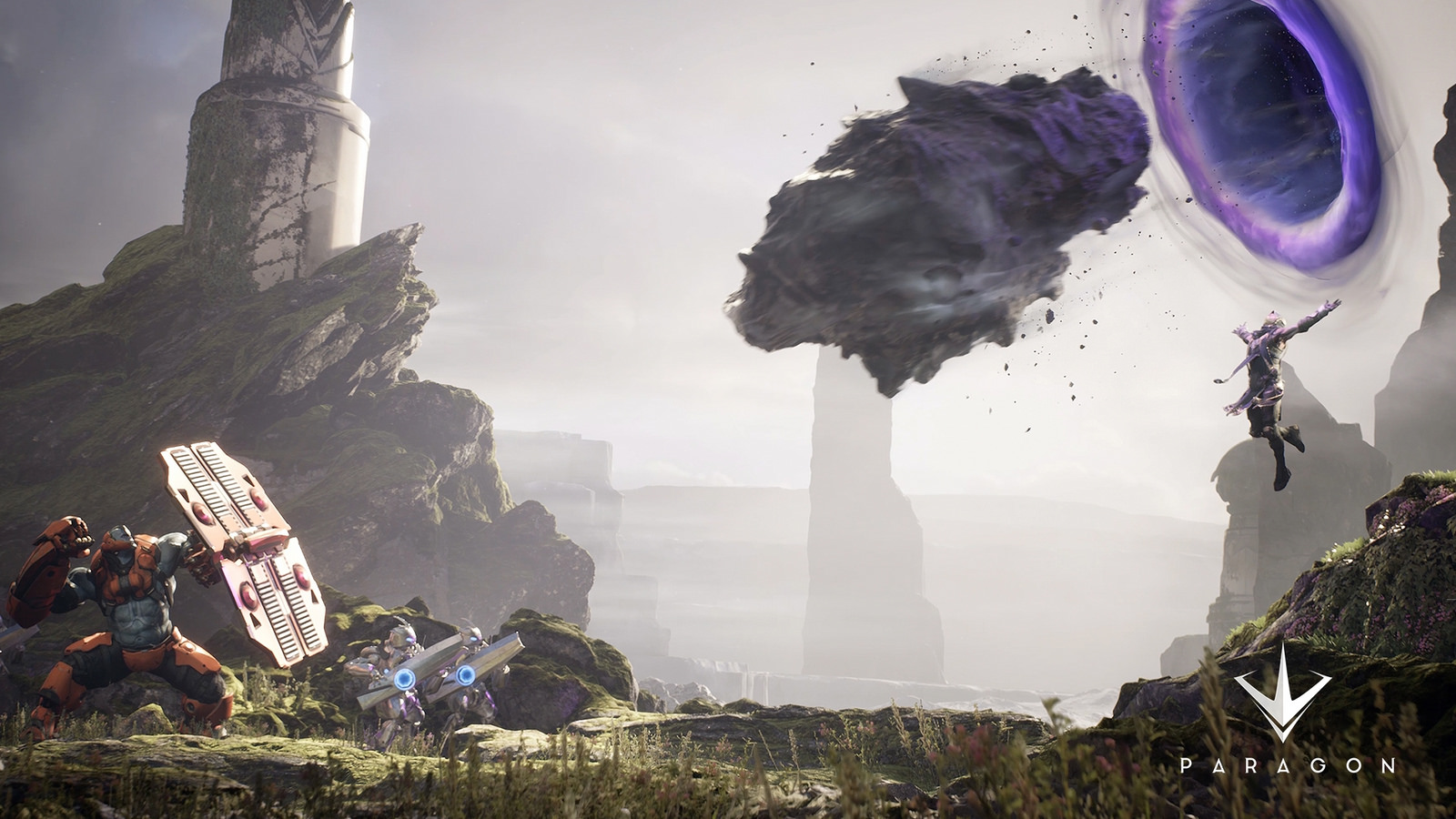 For some reason, maybe due to the people making the game, I thought Paragon by Epic Games was another asymmetrical arena shooter.  It turns after I played it a bit during their recent free-play weekend that it is instead another MOBA (Multiplayer Online Battle Arena).  I am not a big fan of MOBAs, so you may have to take my opinion with a grain of salt, but I thought it was fine.

The main features Paragon brings to the genre are tight third person shooting and faster movement speed.  At least compared to the other MOBAs I have tried.  Other than that pretty much everything else is the same:  There are lanes, you can grind mobs, you level up and gain skills, you get items, you shoot down towers, and then finally you shoot the tower at the opposing side’s base to win the match.

Now this game is apparently still in alpha, so I wouldn’t consider this a review of any sort, but so far besides the tighter shooting mechanics nothing stood out about Paragon.  It is just a third person MOBA, and with the glut of MOBAs out there that is not great.  It needs some sort of hook.  Like I said, I am not a big MOBA fan, so I could be missing something, and honestly the whole time I was playing Paragon I wished I didn’t have to do all the MOBA-y stuff and could just shoot the other guys.  I guess I wanted an arena shooter, and that wasn’t what I was playing.

I may give Paragon another shot in a few months to see if they have found their hook or not, but this free-play weekend kind of killed any enthusiasm I had for the game, and since I thought it was something else that is probably my fault.  However, with so many games to play these days just being ‘fine’ probably won’t cut it.  In short, I hope Epic finishes the new Unreal Tournament soon.