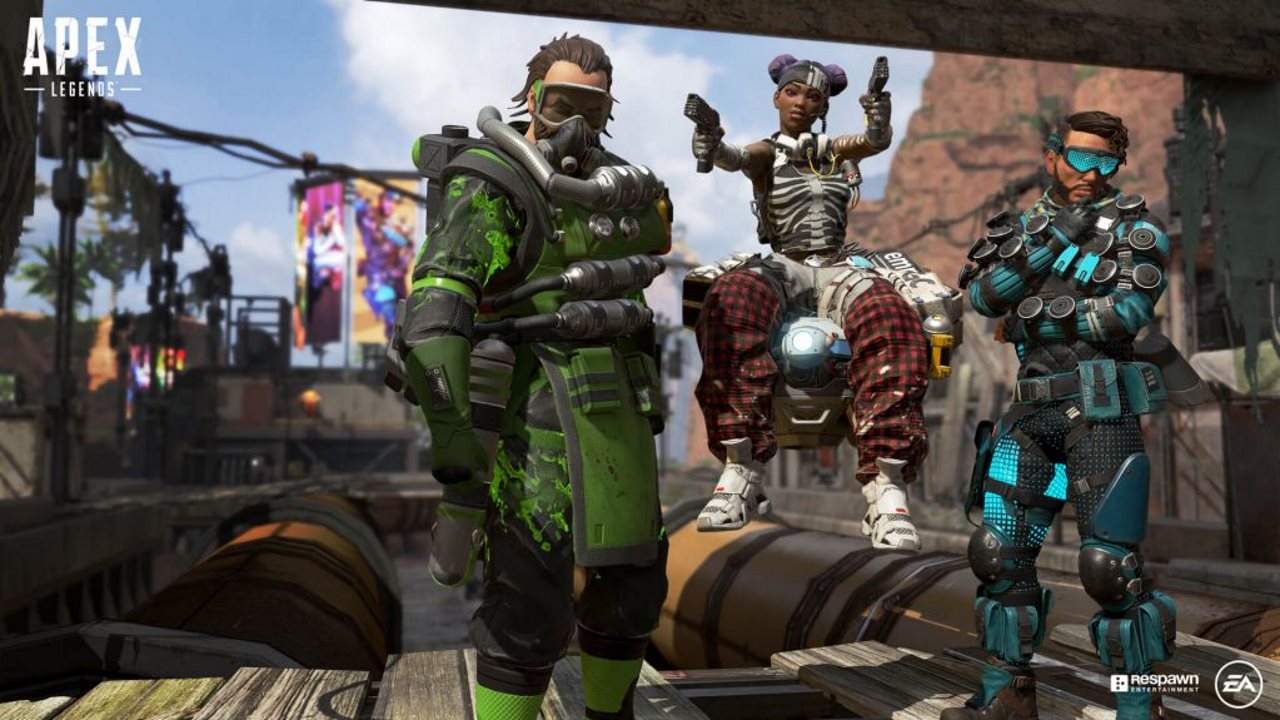 If you were wondering if games were going to be slowing down on the Battle Royal craze, I think it is safe to say the game mode is here to stay. Yesterday, Respawn, of Titanfall fame, released a F2P Battle Royal game called Apex Legends. So far it is best described as Call of Duty: Blackout meets Overwatch. Where the speed and weapons make the game feel like Call of Duty’s offering, but the Legend abilities give it an Overwatch flare.

Let’s start with the good. It runs at a silky-smooth framerate. I never saw a hitch or a jitter while playing this game, and if there is screen tearing, it is minimal to the point where I haven’t noticed it. The game is also faster than most Battle Royal games. The sprint feels good and the slide system makes for a fun way to mix up traversal. If you like the weapons from the Titanfall universe, you will be happy. They are all here and accounted for, with battlefield upgrades to attach while playing. Because Apex Legends forces you to play in three-person squads it has created a “Ping” system that allows you to easily mark areas of interest and enemy players. It isn’t quite as good as talking to people, but it allows for some decent mic-less communication. The Legends are far from original, but their mix of powers is good, and it gives you a role to play in the squad.

Now on to the not so good. I am not sure Titanfall’s weapons are right for this type of game. Titanfall is all about fast-paced up close action, while Battle Royal games focus on picking engagements in the middle to far distance. In other words, all Titanfall’s great up close and personal weapons feel wasted. You end up looking for Assault and Sniper rifles like every other Battle Royal game and leaving all of the Titanfall Universe’s best guns behind. Wall running also got lost in the mix, and I know they got rid of it because it was ruining the group dynamic of Apex Legends, but the free movement double jumping and wall running would have added to the genre would have been exciting. Also, while EA and Respawn have said only cosmetic items are for sale, that isn’t completely true. You also can buy new Legends, and Legends have unique powers, so if you are not ponying up, you are missing out on some different play styles. Not cool.

Yes, you can technically earn in-game currency to buy the Legends, but it is quite the grind. Personally, I would like to see a Legend pass or something. Where instead of getting extra skins and whatnot, you just get the Legends as they come out. That way there is a real and upfront cost for owning and playing Apex Legends.

After one day and over a million players Apex Legends makes a great first impression. It just works. The “Ping” system is truly revolutionary, and the Legends are fun. If they can mix up the gun balance and find some way to bring back at least some of the wall running or double jumping Apex Legends would get even better. As for now, it is free and well worth a download. If you don’t like it, so be it, but it is nice to see there are still original ways to play around in the Battle Royal genre. Apex Legends will probably be in my rotation for at least the short term, we will see if they can keep me interested a few months from now.

One Reply to “Shmee Tries To Become An Apex Legend!”