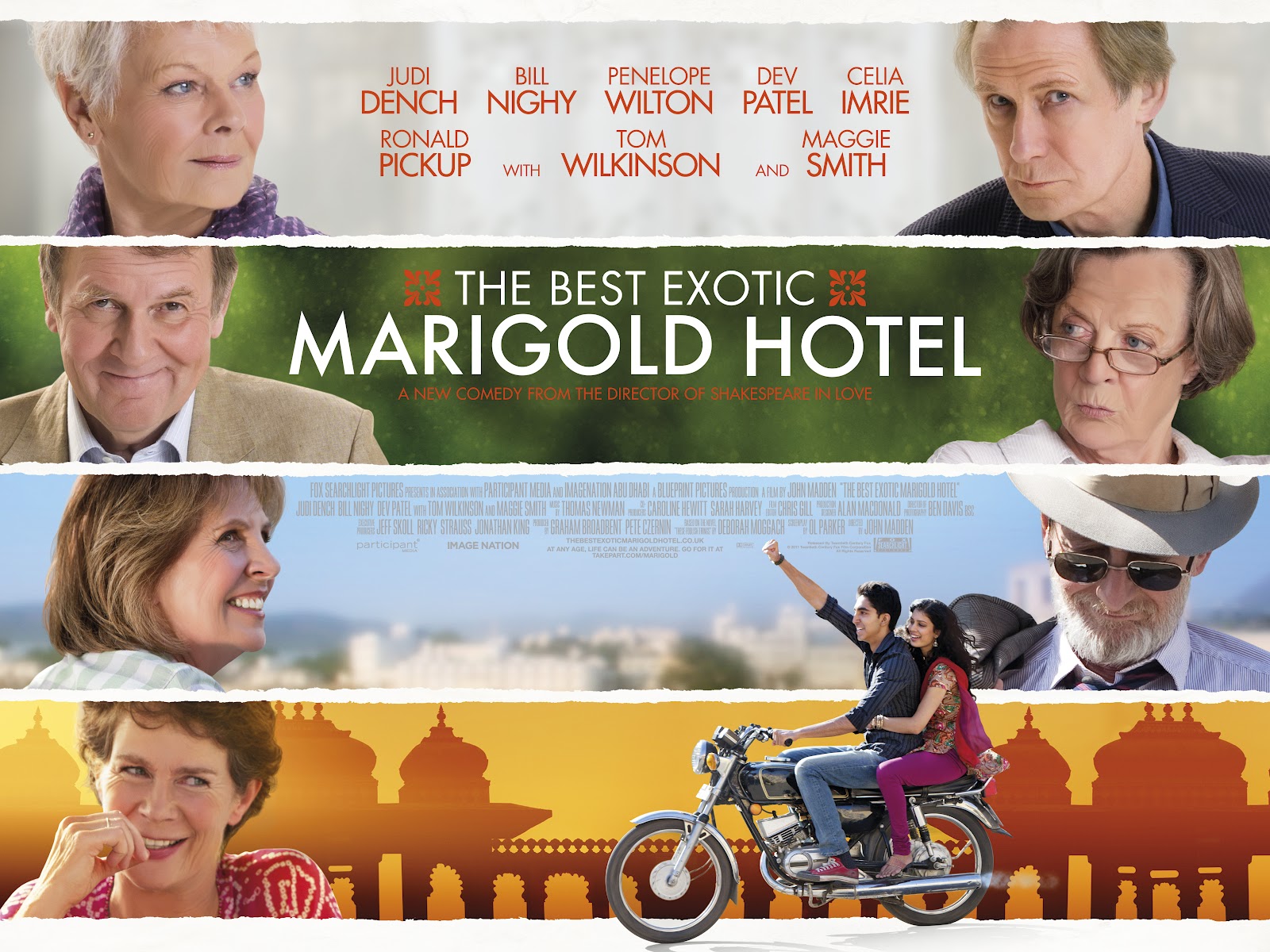 Mrs. Shmee and I recently sat down and watched The Best Exotic Marigold Hotel.  What can I say it was Valentine’s Day weekend.  It was directed by John Madden (think Shakespeare in Love not football), and released by Fox Searchlight here in the good ol’ US of A.  This film is as predictable as they come, and it hits you with a lot of schmaltz.  Though with the quality of the of the cast and director it ends up being pretty good anyway.

The idea behind this movie is that a group of old English people can’t afford to live in Britain, so they all reply to an advertisement for a retirement home in India.  The home the titular Best Exotic Marigold Hotel and India are not what they expected, but they will grow and become better people for it.  You know the usual stuff.

The writing really was the weakest part of this film.  It is so cliché, and all the characters are very cookie cutter, but for the most part it does the trick.  It was just a shame they couldn’t elevate it at all.  Had they put a little more effort in this movie it could have been wonderful instead of the usual lovable mush.

The actors are all British film royalty, so even in their basic roles, they are amazing.  They make this movie much better than it should be.  I mean when you have Maggie Smith, Judi Dench, Bill Nighy, and Tom Wilkinson just to name a few, the movie is always going to be watchable.  Unlike the writers, they do elevate this film.

John Madden you can tell was inspired by filming in India.  It is lavishly shot.  The color and the throngs of people really come though.  It was also nice that he didn’t just show all of India as a giant slum like a lot films like to do these days.  To be fair there are a couple of slums in this movie, and I would guess in India as well, but I am pretty sure that there are nicer parts of the country as well.

Between the actors and director, this film is worth a watch, but if you are expecting something amazing, I am sorry to disappoint you.  It is fun and sweet, but not much more than that.  The sequel is about to hit theaters, so I wonder if it fixed this issues of film, or if they get worse (I am guessing since it is a sequel they get worse).