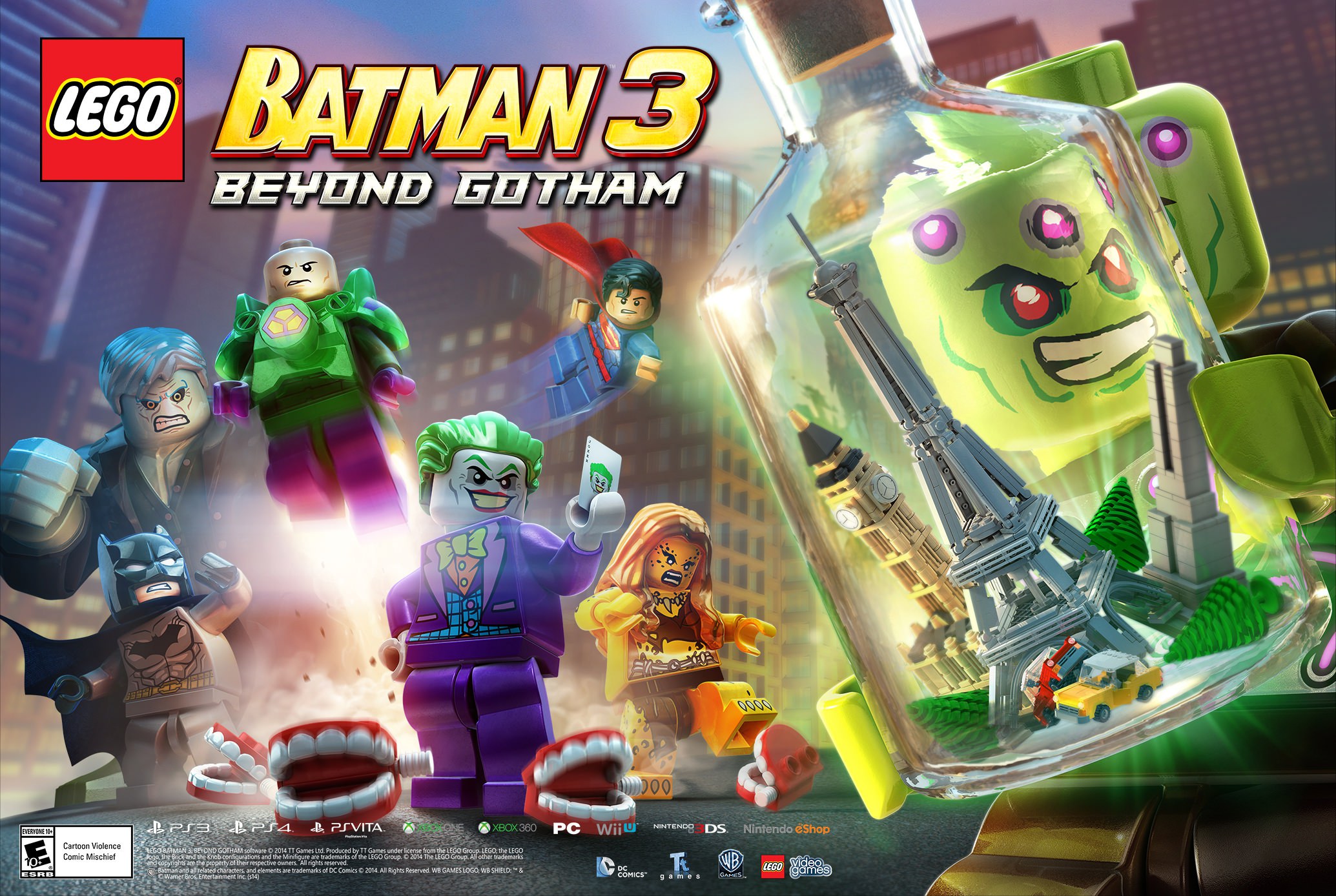 Do you like Batman?  Do you like the same Lego game that Traveller’s Tales has been making for years?  Then you will like Lego Batman 3: Beyond Gotham.  Since this is like the 9 Millionth Lego game they have created it makes the game kind of hard to review.  You play as Lego mini-figs, you beat stuff up and collect studs, and then you finish the game.  Then you play through the game again with all your new characters and cheats to unlock everything.

There are a few things that are different, for better or worse.  For instance several characters have several different outfits, so you will need to change them constantly, and you don’t unlock the hub world (The Watchtower) until half way through the game.  Other than that what makes this game unique is the sheer amount of DC content.

Pretty much every DC hero and villain is in the game, and it is a lot of fun to use their abilities while collecting them all.  Really that is what the Lego games are all about.  Collecting your favorite characters, and Lego Batman 3: Beyond Gotham is a massive success in that regard.

If you are looking for a cheap and fun diversion Lego Batman 3: Beyond Gotham is worth your time and money.  If you are kind of done with the Lego games, this game is no different, and it will not change your mind.  I love DC, and I love Lego, so I am having a great time.