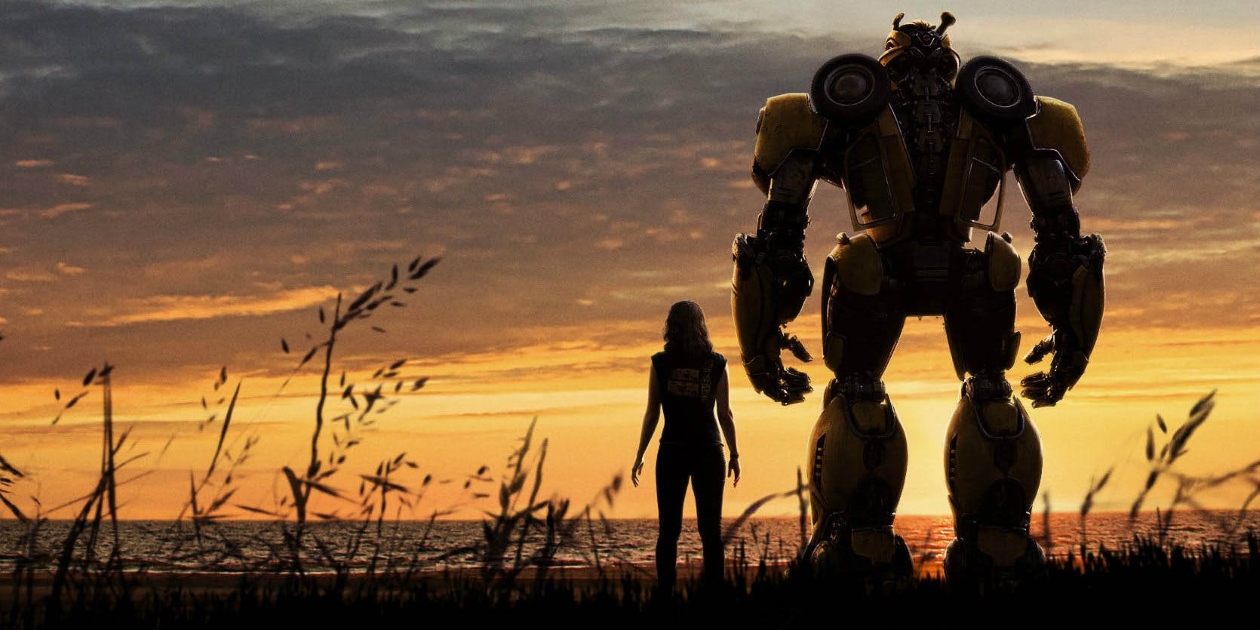 The Transformers movies have a record that could be kindly described as ‘spotty’. Most would probably just say terrible. Finally sensing audience dissatisfaction, Paramount and the multitude of production companies providing financial input in to the franchise decided to do a soft reboot of the property focusing on one Transformer’s origin, Bumblebee. It turns out this was a good decision. Bumblebee is easily the best live action Transformers movie.

Bumblebee starts out on Cybertron. Showing the vicious war that causes the Autobots to flee their home world. Things do not go well for Bumblebee (Dylan O’Brien) when he lands on Earth. He is almost instantly hunted by Colonel Jack Burns (John Cena), so he goes in to hiding as a VW Bug, and ends up the car of a teenage girl, Charlie Watson (Hailee Steinfeld). You can guess where things go from there.

While this movie shares a lot in common with the first Transformers film, it never feels like a retread. The core relationship between Charlie and Bumblebee is sweet, and you get the feeling that they both really need each other. It also manages to make a lot of 80’s adventure movie callouts without feeling stale or cheap. It is Spielbergian without feeling like a knockoff.

I would like to applaud two people behind the cameras for Bumblebee: First, Travis Knight. Bumblebee is his first live action directing gig, and only his second turn as a director. With the first being Kubo and the Two Strings (he is usually a producer for stop motion). His attention to detail that he must have developed for stop motion really paid off with Bumblebee. The story and the special effects really came together well, and that only works if you know how they will all fit together in post-production. Second, Christina Hodson. This is her first major screenplay, and she got a solo writing credit, which is almost unheard of in these days of large writing rooms. Given all that, it was a great script, and I expect big things from her. I hope her next screenplay, DC’s Birds of Prey, is equally entertaining.

Of course, all that good work behind the scenes would have been for not if Hailee Steinfeld and John Cena didn’t pull off their roles, but thankfully they were great. Steinfeld is a believable as a mourning teenager, and she and Bumblebee are cute (not a word I ever thought I would use in a modern Transformers movie review) in their scenes together. John Cena was given the job to be an over the top 80’s villain, and he rolled around in it like catnip. He was clearly having fun. Obviously, the special effects team that brought Bumblebee to life deserves a ton of credit as well because he was the most lifelike Robot in Disguise yet and displayed a lot of emotion considering he can’t talk for most of the movie.

Bumblebee is not a life changing movie. It is simply a fun popcorn movie made in the style of an 80’s Spielberg film, and that is more than enough to recommend this movie. It is almost worth a watch to prove that Transformers movies don’t need to be three hours of teenager ogling and explosions. They can be just as good as any other movie out there. By now you must know that I liked this movie, and that I think you will like it too. I am eagerly awaiting its follow-up, Prime.