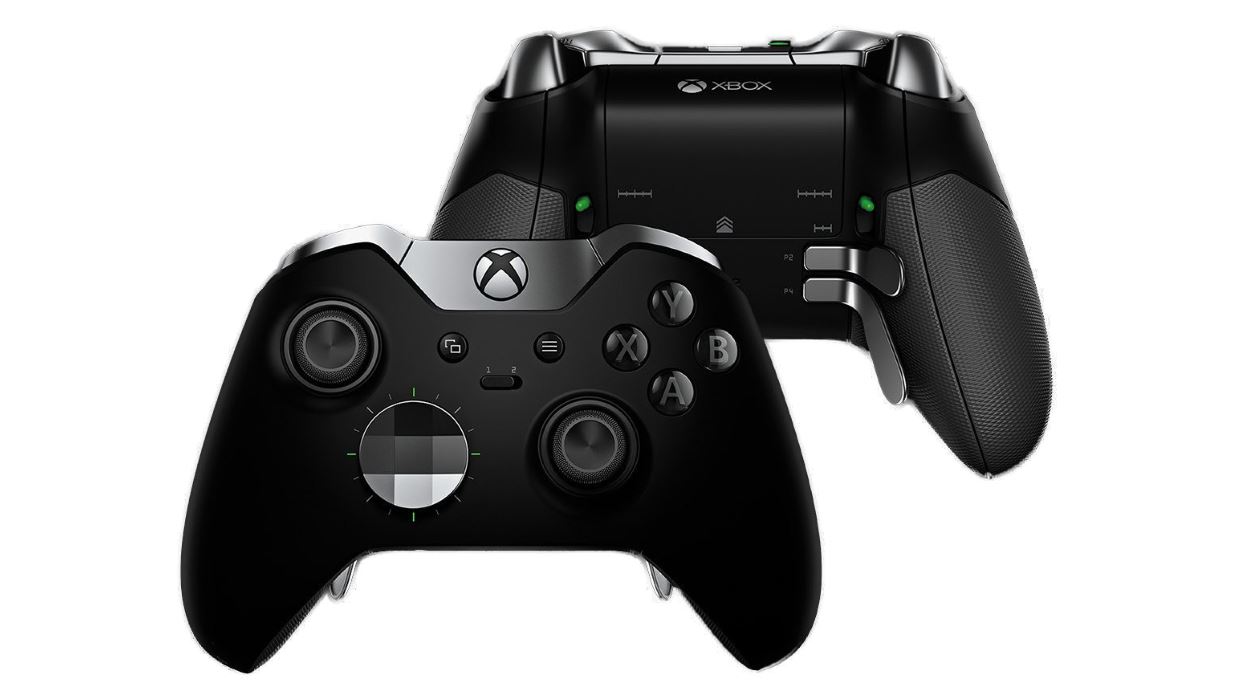 When the Xbox One Elite Controller was announced I shrugged it off as an expensive luxury that was sure to fail, but when reports started to come in that it was amazing, I was intrigued.  When I started to hear from everyday gamers saying that it was the best controller they had ever used, I had to have one.  After months of saving my money, hording Amazon gifts cards and waiting for it come back in stock, it is finally mine!  So what do I think of this expensive piece of plastic?  It is pretty darn great!

Overall they didn’t really change a lot from the normal Xbox One Controller, with the exception of the paddle buttons on the back and the trigger switches, but everything is just a little better.  The buttons are all ‘clickier’, the directional pad is more responsive, the texture of the controller feels better in your hand, and the weight is just a little heavier.  However, all those little changes make the controller so much better as a whole!

Getting back to those paddle buttons and trigger switches, they are a great addition as well.  The controller adds four paddles to the back of the controller to map as any other button using the Xbox Accessories app.  For myself, I took two of the paddles off and then remapped the paddles I left on as the bumper buttons, and it has been a much better game playing experience.  The trigger switches are nice because they shorten the distance the triggers have to travel before they are fully pressed, so for a first person shooter it means you can shoot faster.  Halo players rejoice!  Playing Forza?  Flip the switches back to get a more responsive ‘gas pedal’.

Other features like being able to change out the thumb grips and d-pad layout on the fly thanks to the controller’s magnetic connections are nice, but I don’t see myself doing that a lot.  Though using the magnets to rearranged paddles on the back, I have already used quite a bit, and it is pretty slick.  If you are wondering, the magnets hold very tight, so I am not worried about anything coming loose.

All in all I am very happy with my purchase.  Should every Xbox One gamer get an Xbox One Elite Controller?  It is hard to say.  Yes it is better then the normal controller in just about every way, but enough to justify the $150 price tag?  For me yes, no regrets, and if it was $100, I would say yes for everyone, but as it is now, I would say it is just for people who spend a lot of time with their Xbox One.  If you do get one, I am sure you will enjoy it.