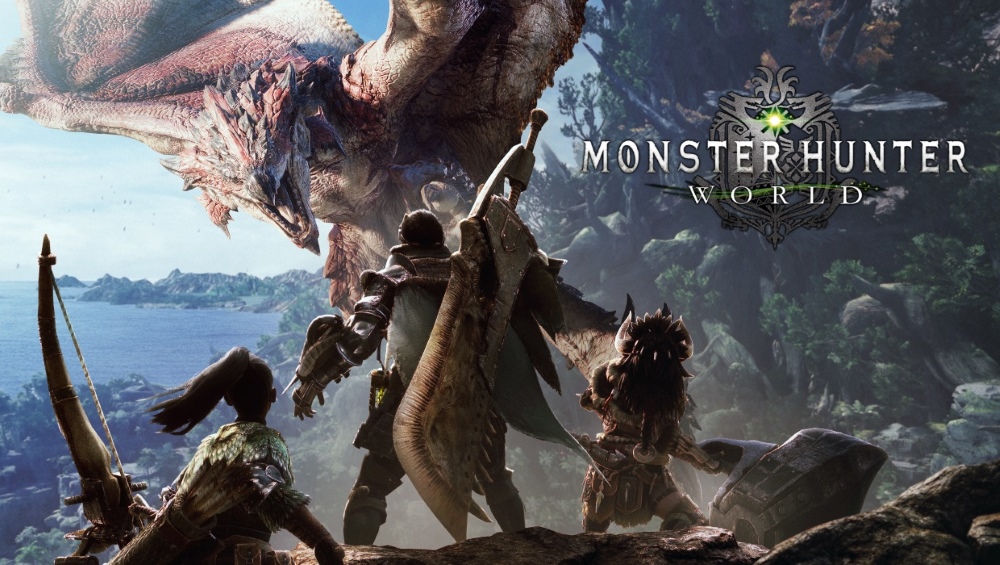 I have had Monster Hunter: World since it came out, and even though I have played quite a bit of it, I have never posted a review because I felt that I had only scratched the surface of what the game has to offer, and I still feel that way, but I am going to let you know my thoughts on the title anyway.  It is massive and fun, but sometimes the thought of actually playing it overwhelms me.

Monster Hunter: World is a streamlined and much better looking version of every other Monster Hunter game out there, but if you have already played other Monster Hunter games, then you probably don’t need this review because you are knee deep in some Flying T-Rex’s flesh right now.  For everyone else, Monster Hunter: World is a game where you go out in to a varied landscape and hunt all sorts of large creatures, and then turn their parts in to better equipment, so you can fight even bigger monsters in cooler parts of the world.  You do this until you fight a dragon as big as a mountain.

That may sounds like a massive grind, and it is.  The whole game is based around grinding massive animals to get really cool stuff.  Of course when you go out and hunt those creatures, you will probably not get the bones or pelts you need, so you will have to do this a few times.  That may sound dull, but the monsters are awesome, and the world they have created is like a real place.  It is magical to see how all these beasts interact with each other.  They have created a really good ecosystem simulation for these mythical beasts, and they let you murder (or capture) all of it.

Another awesome part of the game is that every weapon in Monster Hunter: World, makes the game feel different.  You will have to drastically change your play style if you decide to move on from the weapon you are currently using (it is a good idea to YouTube the weapon before using it), and there are fourteen different weapon types, and each of those weapons has a myriad of upgrades you can grind from those poor, poor massive deadly creatures.  Then it gets even better if you play with friends (if you can figure out how to play with your fiends)!

This game will not be for everyone.  If you hate long drawn out battles versus boss type creatures, maybe you should skip Monster Hunter: World, or perhaps borrow a friend’s copy before laying down your hard earned cash, but the monsters are different enough that you will have to change your strategy for every monster you face, and that keeps things fresh.  You can also just start using a different weapon if you want change things up for a while.  I am having a good time with it, but due to the prep and the time required for fighting the monsters, I can only play at little bit at a time.  Others have not had that problem.  At all.  I recommend it, but just know what you are getting in to before starting Capcom’s most successful game of all time.