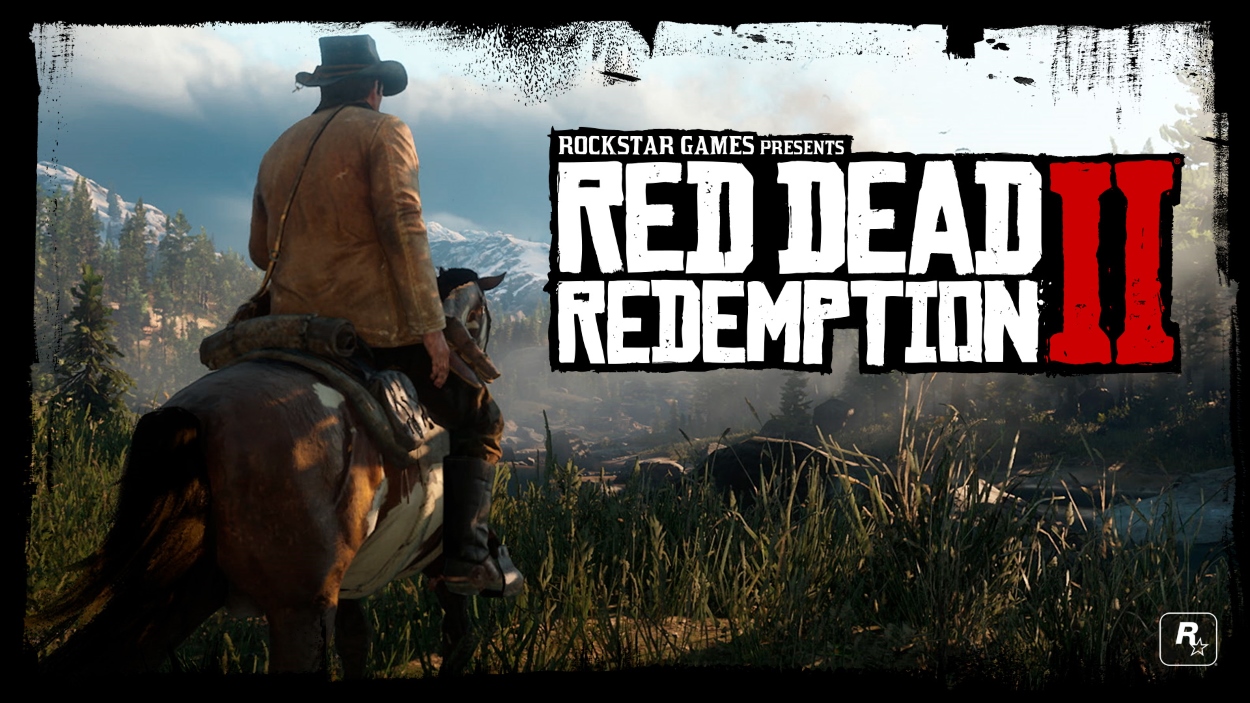 I’ll admit, I was a little disappointed when Red Dead Redemption 2 was announced to be a prequel to Rockstar’s classic western game, but that disappointment was misplaced, Red Dead Redemption 2 is fantastic.  Just about everything about it works.  It turns out there is a reason it took them eight years to make a followup, near perfection takes time.

In the first game you as play John Marston hunting down your former crew, the Van der Linde gang, to free you wife and child, and now in RDR2 you play as Arthur Morgan one of the leaders of that gang during its final years.  I didn’t know if I wanted to be an outlaw, but they give the supporting cast so much heart and story, and Arthur’s yearning to be good even though he was raised bad is a little heartbreaking.  In other words, I am fine with it now.

Like all Rockstar games, Red Dead Redemption 2 takes place in an open world, but unlike most modern games, that open world is not just a series of icons to track down.  There are markers for different characters to interact with, but what you will be doing when you get there varies, and then there are just random things that happen as you ride by that you can interact with, or not, and most of it is amazing.  It is no wonder they force you to play the game awhile be for they let you buy your fast travel map, and even then, it is only to an unlocked location from your main camp, and it doesn’t let you fast travel back.  They want you to explore their world that they lovingly crafted.

That is not to say the normal open world stuff is not there, you can hunt, fish, ride up on camps, and get in all the shoot outs you want, but this feels more like a real place and not a carnival.  As a matter of fact, it makes Rockstar’s other premier franchise, GTA, feel like a cartoon.  If you do bad things exploring this western paradise, you will get punished accordingly, and you will have to pay your bounties or face the consequences, and due to the realism of the world, you feel bad about hurting people and taking what doesn’t belong to you.

It is not all sunshine and open pastures however, I hate their menu system. I know it is supposed to make the game more ‘tactile’ and ‘real’ feeling but holding down buttons while cycling other buttons is a chore, and once you have played for a while, the long horse rides do feel a little grindy, so you will be more willing to pay for a train ticket or a stagecoach ride.  These are minor quibbles, but over a lot of hours, they do start to get more annoying.

While I know this review is a little late for most gamers because they are already playing Red Dead Redemption 2, I just wanted to add my two cents because I have been thoroughly enjoying myself.  If you haven’t spent the money on Rockstar’s latest epic yet, you should.  It is an amazing accomplishment.