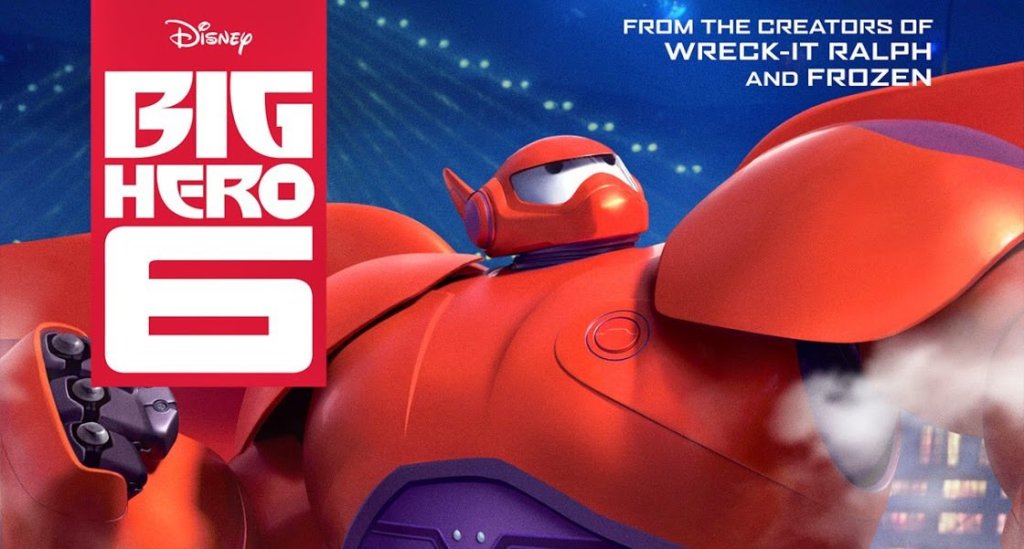 So what happens when you combine Marvel and Disney Animation Studios? Magic of course!  I don’t think there are two studios on more of a roll right now than Marvel (Guardians of the Galaxy, Iron Man) or Disney Animation (Frozen, Wreck-it Ralph), so to combine their efforts in to a superhero movie for families was bound to be successful.  Big Hero 6 will be a favorite for years to come.

Hiro Hamada (Ryan Potter) is a young genius, and when his groundbreaking invention is stolen by an evil guy in a kabuki mask, it is up to Hiro to bring him to justice.  Of course Hiro will not be going alone.  He and his super-smart friends will create awesome superhero suits for themselves so they can deliver justice!

I left a lot out of that plot synopsis because I didn’t want to ruin anything, but I got to give it to Disney for not pulling any punches, and really making a touching film about loss and grief.  I know you are now looking at my previous paragraph and wondering what you missed, but like I said I left a lot out.  It was also smart of them to pick a fairly little known, and not even a particularly well liked comic book to adapt in to a film because it let them change the characters and their motives without a bunch of pointless geek backlash.

As you can guess Disney Animation Studios is still making good looking movies, and Big Hero 6 might be their best looking yet.  The fictional San Fransokyo looks like a real living and breathing place, and one that I would love to visit.  The characters all look great and move wonderfully.  This studio is at the top of their game right now.

Disney always does an amazing job of getting good voice actors.  Other studios just try and get a lot of big names to make an impressive credit list, but instead Disney gets the right people for the job.  Sure you may know Damon Wayans, Jr. or T.J. Miller, but they are not a box-office draw.  They are however wonderful in this movie, and Ryan Potter really manages to convey all of Hiro’s emotions extremely well.

I really liked this movie, and I can’t wait to see Disney Animation Studios’ next film.  Plus we will just mark off yet another hit for Marvel while we are at it.  Disney has become an almost unstoppable force these days, and now the only people that could slow them down are themselves, but with movies like this, I don’t see them stumbling any time soon.

2 Replies to “Shmee Hangs Out With The Big Hero 6!”