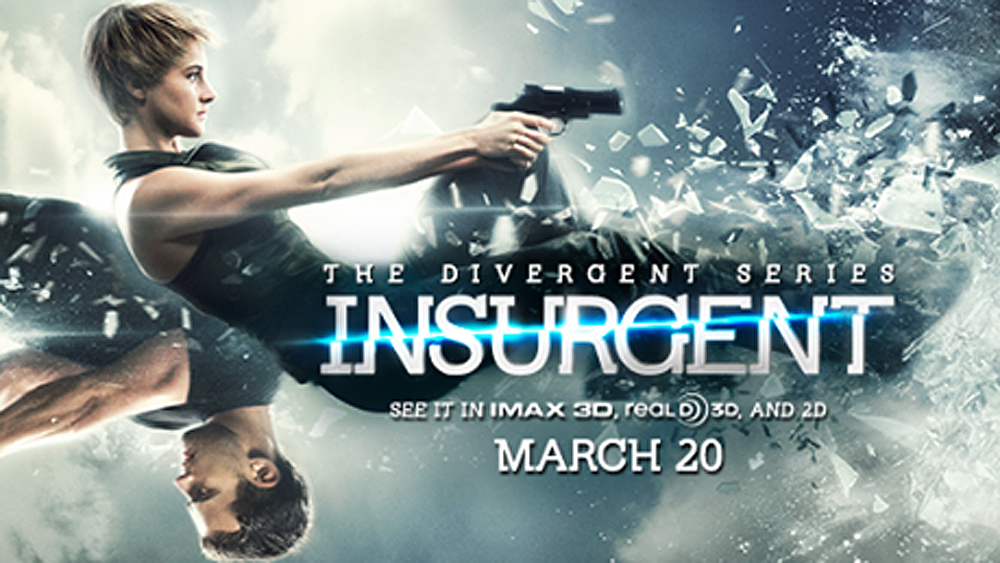 When I watched Divergent, I found it to be a fine film.  Not great, but not something that I regretted watching.  The Divergent Series: Insurgent (roles right off the tongue) follows in that mold: solid acting, okay action, cool destroyed Chicago, average dystopian world, but where Insurgent changes things up is that its plot is terrible.  So this movie is not an upgrade.

The Divergent Series: Insurgent picks up soon after the events of Divergent with Tris (Shailene Woodley) and her cohorts in hiding.  Jeanine (the evil tyrant played by Kate Winslet) has blamed her attack on Abnegation (doctors and leaders I think, who knows) on the divergents which give her an excuse to hunt them down.  You see Jeanine needs a person that is 100% divergent to open a box for her and Tris may be her only option.  Yes seriously Tris is the only person special enough to open it.

The problem with this story is that the hero, Tris, has no agency of her own.  She is just in hiding dealing with her post traumatic stress disorder, and she would have happily (moppily?) continued to do so if Jeanine didn’t keep looking for her.  Maybe if Tris would have known about this box too it would have given her something to quest for, but when some guy tries to tell her about the box she literally (I don’t me figuratively) shuts him up.  It goes something like this, “Hey guys there is this thing you need to know about!”, and Tris responds, “Shut it old man we hate you!”  That may not be word for word, but it is closer than you would think.  So with this plot setup the evil Jeanine is the protagonist, and everyone else is just along for the ride.  Which is less than optimal since we are forced to follow Tris.

The acting is all fine.  There are a lot of good actors just going through the motions here, but they are pretty good at those motions.  It is a shame they didn’t have anything better to chew on, but they all have crying and stopping each other from walking away from each other down pat (seriously they got a lot of practice at that).  Nothing to highlight on a resume, but nothing to be ashamed of either.

It is unfortunate that the writers couldn’t have found more to do with The Divergent Series: Insurgent’s plot otherwise they would have had another okay movie on their hands.  As it stands however this movie can’t quite make it over mediocre.  If you liked the first movie it is not unadvisable to see this film, but I can’t quite recommend it either.  I hope our “heroes” are given more to do the third and forth times around.