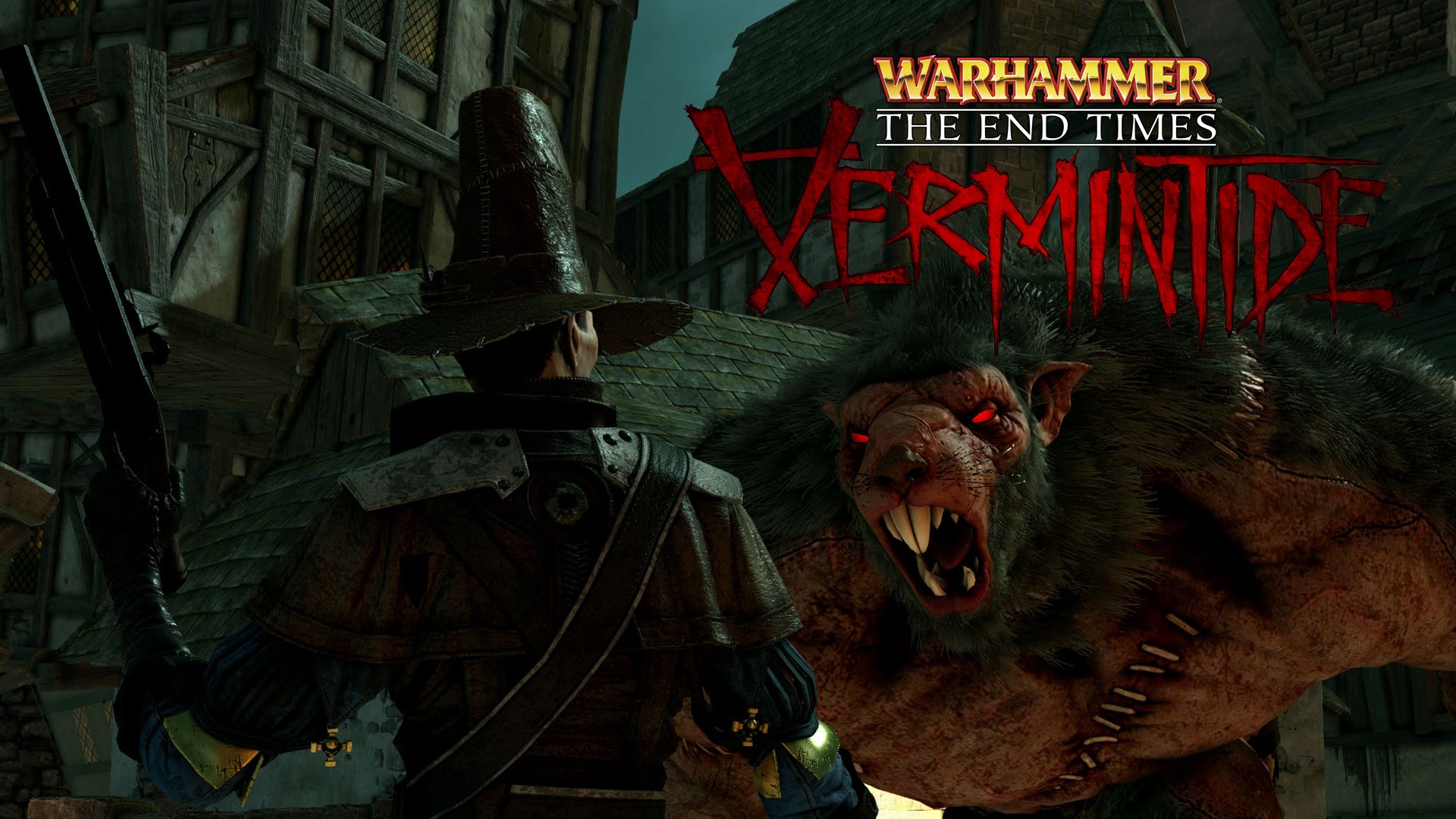 How do you feel about rat-men?  If you like them this is not a game for you.  You will murder more of their kind in thirty minutes with Warhammer The End Times: Vermintide than you have probably seen in your entire life,  but if you enjoy crushing Skaven (what rat-men call themselves) under your boot, or just endless hordes in general, you will probably like Vermintide.

If you were wondering about Warhammer The End Times: Vermintides story, don’t.  It is simply that the world is coming to end and the city you are in, Ubersreik, is being overrun by Skaven.  You and a band of heroes must work together to save the people that remain.  What this means is that you will hack and slash and shoot your way through thousands of rats with up to three other players.  For all of you that have played Left 4 Dead this should be very familiar, but with more focus on melee.

That is not a knock on Vermintide.  In fact it is a compliment.  There has been a big hole in the gaming scene since Left 4 Dead 2 came out, and why Left 4 Dead 3 has never materialized is anyone’s guess.  Fatshark Games did change things up enough that it is not a ripoff of Valve’s zombie classic, so it is more like a game in the genre that Left 4 Dead helped define.  Not to mention the pull to slay endless waves of rat-type-people while leveling up and getting new loot is strong.

That is not to say everything is perfect.  Fatshark to prevent screen tearing has locked in the framerate to 30FPS and turned on V-Sync.  The problem is sometimes when there are a few dozen evil rats on screen the frame rate will dip a bit, and with V-Sync turned on, that means you will drop a frame or two.  When you are surrounded by rats it is not a great time for the game to “freeze” and then come back to show you that the world has changed around you.  AKA you are about to take quite a bit of damage.  They should let us turn off V-Sync,  a little screen tearing will be worth always keeping the swarm in front of you.

I have only played the first few levels of Warhammer The End Times: Vermintide, but it was a lot of fun (even though we got teamed up with an elite player who did not care a lot about hanging out with the party).  I will journey to Ubersreik to slay Skaven again, and since this game seems to always be on sale, you may want to come with me.  I mean who doesn’t like to take out their aggressions on a few hundred rats?