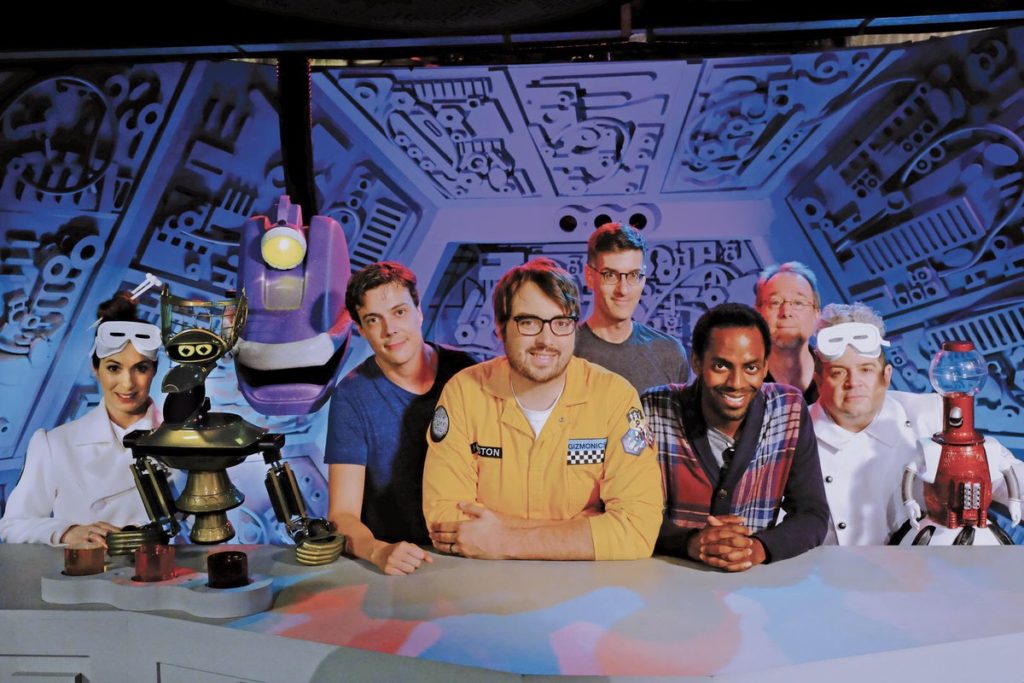 I was nervous that the new MST3K was not going to be funny.  It turns out that I was worried about nothing.  I am two movies in and loving it.  The new cast is great, though the new robot voices took a little getting used to, and it seems like they have amped the jokes per minute, so there are fewer of those jokeless lulls that sometimes would plague the older MST3K episodes.

If you are unaware of what Mystery Science Theater 3000 is, let me clear that up for you.  Pretty much the ‘Bads’, Kinga Forrester (Felicia Day) and Max “TV’s Son of TV’s Frank” (Patton Oswalt), go out and find terrible movies and then Jonah Heston (Jonah Ray) and his robots Crow (Hampton Yount) and Tom Servo (Baron Vaughn) make fun of them.  It is a simple setup, but it works well.

If you have been missing Mystery Science Theater 3000 like I have, the new Netflix series is a return to form.  I look forward to watching the remaining twelve flicks with Jonah and his robot pals.  Now that MST3K is back, I hope it stays back.  I don’t want to go through another long period without them.