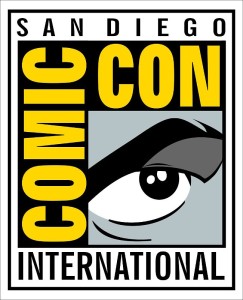 Well another San Diego Comic Con has come and gone, and what did we get this year?  Well not a whole lot.  Marvel made all their big comic book reveals before the show, so they only announced some TV show stuff.  Well that and this crazy Age of Ultron poster! 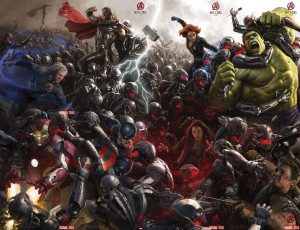 It is very cool to see all the Avengers neck deep in the army of Ultron.  I can’t wait to see that movie.

DC didn’t announce a Shazam movie like The Rock promised.  So I guess I didn’t smell what The Rock was cooking.  He must just really like pictures of Shazam and Black Adam beating the crap out of each other.  Not that there is anything wrong with that.  I think that is something we can all enjoy.

They did show a couple of new images from the upcoming Batman V Superman movie.  First up is the Ben Affleck Batman pic: 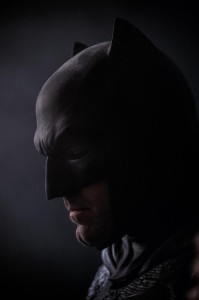 I will say that he has got the chin for it, but I still have my doubts that this boy from Boston will be a good Dark Knight.  The next image is the one geeks have been waiting for, for a long time.  Gal Gadot as Wonder Woman: 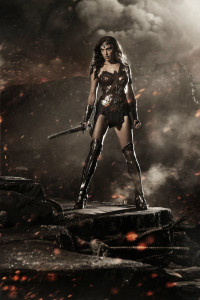 It is bananas to think we are finally going to get Wonder Woman on the big screen!  I hope she kicks serious butt!  It was kind of a bummer that she is not wearing her red, white, and blue, instead going for more of a Xena vibe.  Still, I am sure Batman V Superman will be a long movie, so they may still get to her in to her comic book outfit.  This one has her circlet and the eagle on her chest, so it is still kind of a fun costume.

Big news!  They announced that the cast of Firefly is reuniting!  Oh, but it is for an MMO that you will probably never play, so that is kind of lame…… Never mind that sobbing noise you are hearing (Why must they keep making crappy MMOs out of the properties I love!).

An Evil Dead TV show got teased at this year’s Con, but only that they were working on it.  Well the Raimi brothers have been working on Army of Darkness 2 for like two decades, so I am not holding by breath.

Last but not least I will leave you with the trailer for the new season of The Walking Dead.  It is pretty great, and I can’t wait until October!

Was there anything at the show that you were excited about, and I missed?  Let me know!