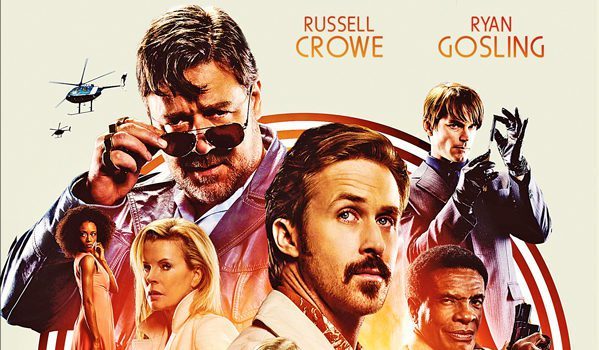 Shane Black specializes in a certain type of movie, and that type of movie is Lethal Weapon.  You know, two guys against the odds taking down something bigger than themselves.  One is guy is funny and the other is the straight man who might just be too old for this.  The Nice Guys fits very well in that mold, except it takes place 1977.  Though credit were credit is due, no one does Lethal Weapon better than Shane Black.

The time and the place of the film do help The Nice Guys feel a little different from Black’s other action comedies, but in all honestly, I knew what I was in for as soon as I started the movie.  It would be like expecting something new from a Guy Ritchie gangster film.  They are all the same, but they are also all very good.  If you do something well and people like it, why try and reinvent the wheel.

Crowe and Gosling were perfect for this film.  They are both talented actors who nailed their roles.  Crowe’s Healy is an old pro who wants to do his job well and get things done the right way.  While Gosling’s March is just trying to get paid while getting as many free drinks as he can, but that doesn’t stop him from knowing what he is doing every now and than.  Much like other Shane Black films all the women in this film were pretty much props with the exception of Angourie Rice who plays March’s spunky teenage daughter Holly.