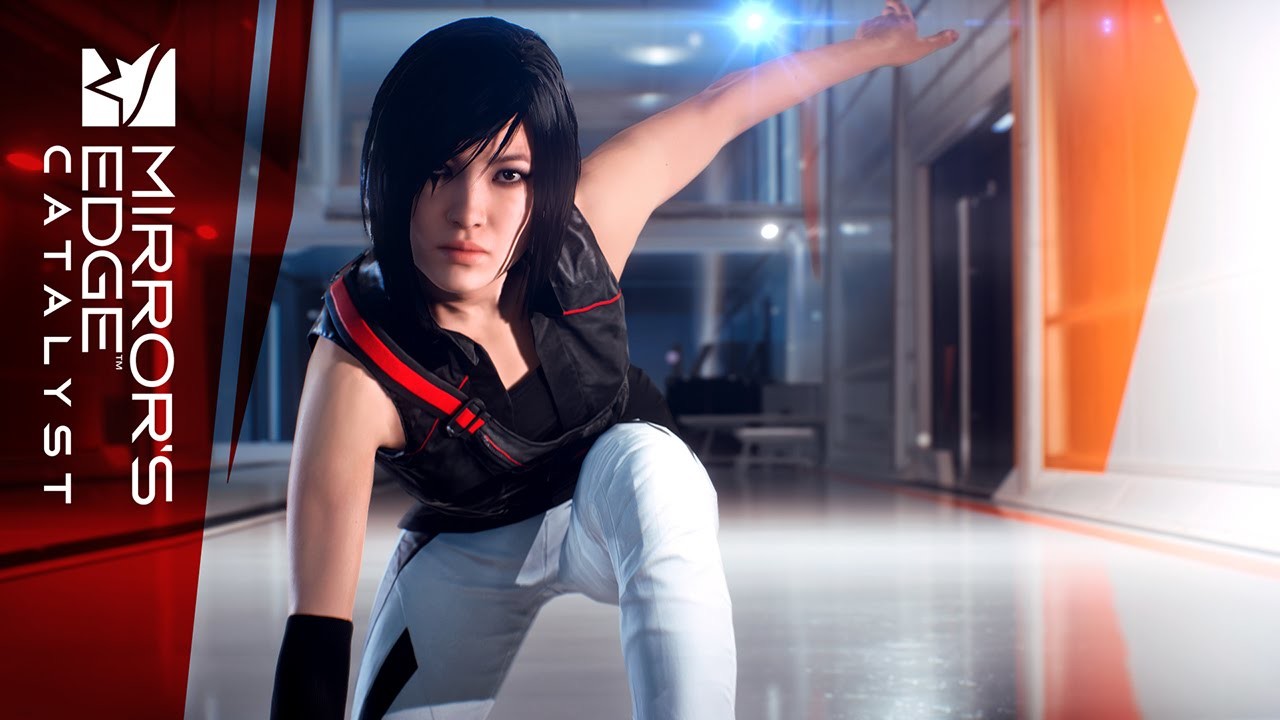 Now that the Mirror’s Edge Catalyst beta is over, I thought I would give my impressions.  For those of you that don’t remember 2009’s Mirror’s Edge by EA’s DICE (creators of Battlefield), Mirror’s Edge is a first person platformer about couriers who pass secret information back and forth in a future controlled by a totalitarian government which is run by giant corporations.  Faith is the best of these couriers, and of course she gets caught up in a giant conspiracy.

Catalyst instead of being a sequel to that story is kind of a reboot.  It sort of has the history of the first game, but at the same time it pretends it didn’t happen.  It is an odd choice considering the franchise consists of only two games.  Maybe the writers felt constrained or something, or they were worried not enough people would remember story of the first game.  Who knows.  The story isn’t that important anyway.

What is important is if the platforming/free-running/parkour elements are good, and thankfully they are.  Running around the rooftops finding the best path to get from A to B is a lot of fun.  There is a red guide line to show you where to go, but half of the fun is to kind of ignore it and see if you can get there faster by making some slight deviations.  Honestly this game would be wonderful if it wasn’t for a few pretty major issues.

First up is the seemingly random mission failure rules.  Like hey you hit that guy wrong, or you didn’t go over there first.  This wouldn’t be a big deal except for the second issue: Long loading times.  If you die or fail a mission the game thankfully has a great auto-save feature that puts you right back to where you need to be to try again, but if you are like me, you will die and fail a lot, and the loading times are excruciating.  I just want to run and jump across a city skyline, not stare at a black screen.  The other small issue I have run in to is that the game can get pretty choppy during cut-scenes.

Now this is a beta so they do have a little time to fix a few small things like the cut-scene stutter, but since the game is coming out in June, I don’t think they will be able to fix the load times.  Unless this build is much older then the one they are going to ship out and they have already fixed it.  I hope so.

For the people that loved the first Mirror’s Edge, Catalyst should be a welcome return.  For everyone else, wait until the game comes out and see what reviewers have to say about the load times.  If they have shortened them up, I think you will be in for a treat.  If they are still long, you may want to wait for the game to hit the bargain bin.