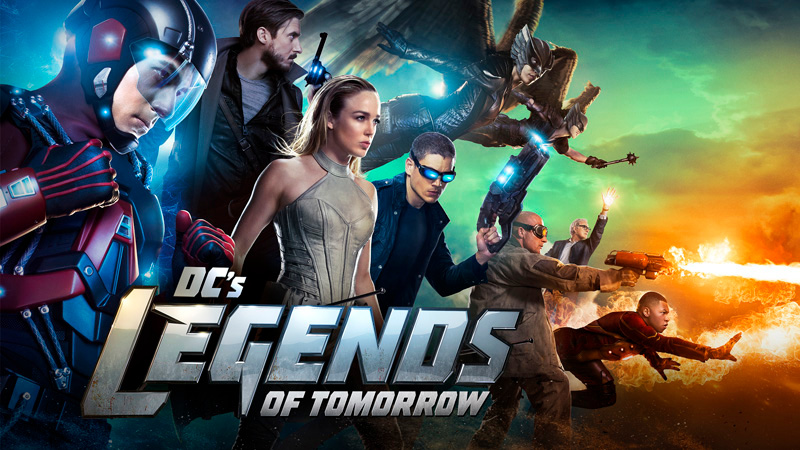 TV pilots are always tricky and almost never good, which is why I have hope for the CW’s messy DC’s Legends of Tomorrow.  The first episode was not great, but it had some great moments.  If the show can build on those moments, Legends is going to be a lot of fun!

The premise behind DC’s Legends of Tomorrow is that the immortal Vandal Savage has come back from the dead and takes over the world in the future, so Time Master, Rip Hunter gathers up a group of heroes to take him on in the past!  However, changing the timeline is hard to do, and they will be facing more obstacles than just Savage himself.

Time traveling superheroes are always fun, but they always causes problems too.  Like if you have a time machine, can’t you just go back to the moment before Savage gains is immortality and kill him or stop him there?  Sure, then we wouldn’t have Hawkman and Hawkgirl, but I am sure they would give up their immortality to save the world.  Still, if the show can give us more moments like the White Canary, Captain Cold, and Heat Wave in a bar in the 70’s causing trouble, we are in for a treat.

The tone of the pilot also swung wildly from the seriousness of Arrow to the comic book zaniness of The Flash, and it was by far at its best when it was zany.  Some serious moments will help the show out, but it is pretty much Dr. Who and a bunch of DC’s C-listers hanging out and traveling through time, so zany should be the default gear.

DC’s Legends of Tomorrow got off to a slow start, but there is lots of promise for the future, and it is the closest thing we are going to get to the Justice League on TV for quite some time, so I will be watching with great interest.  I just hope in the end of the show they don’t just give up and kill Vandal Savage before he gains his immortality like they should have from the start.

One Reply to “Looks Like We Finally Got Our American Dr. Who With DC’s Legends Of Tomorrow!”