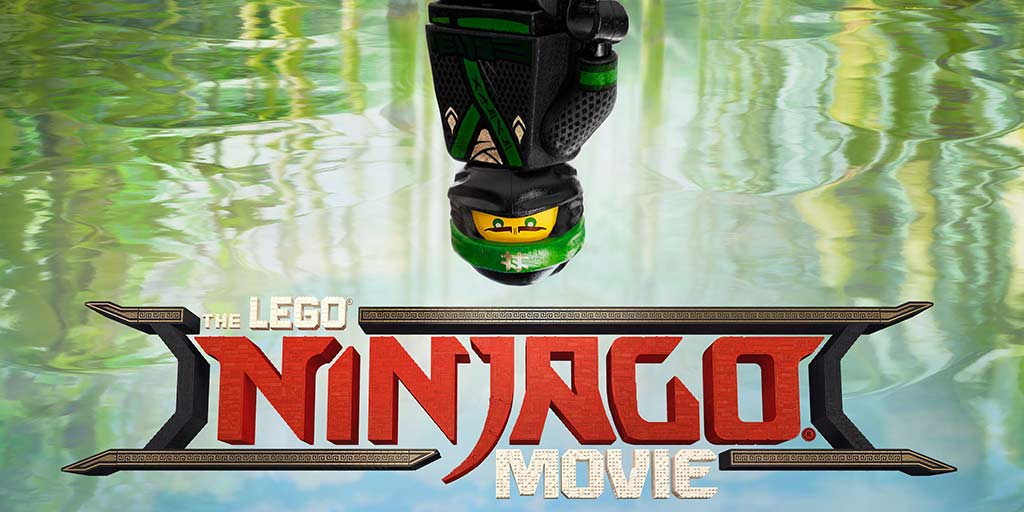 When Warner Brothers and LEGO went looking for a third property to turn in to a feature film I am sure Ninjago made a lot of sense.  The sets are already very popular with kids (especially boys), and the TV show on Cartoon Network is still going strong after seven seasons.  The problem is that LEGO Ninjago still feels like something made for TV, and it doesn’t do a lot of the things that made the previous LEGO movies so good.

The main character Lloyd (Dave Franco) is the leader of the elite Secret Ninja Mech squad that fights off the evil Lord Garmadon’s (Justin Theroux) attacks.  However, Lloyd is also Lord Garmadon’s son, but since his identity is secret everyone hates him at school for being Garmadon’s son instead of being loved for saving the day … pretty much every day.

Teenage superhero kid with a rough home life is a pretty common theme, but it is played for some decent laughs in LEGO Ninjago.  Unfortunately the laughs don’t come often enough, and worse I am not sure the makers of this movie saw the other two movies.  Two of the fun selling points from The LEGO Movie and LEGO Batman are missing.  The integration of other sets, and the Master Builder mythos.  LEGO Ninjago is completely its own thing.  There is never a Batman, Voldemort or Eye of Sauron in sight, and the characters barely ever build anything.  This is 100% a Ninjago movie, except it changes a lot of things from the TV show, so that way hardcore fans of the series are confused too.

On the plus side the movie still looks great, and LEGO movies are still probably your best bet for a kid friendly action flicks.  The graphical engine they use to make these films continues to pump out on screen wonders.  Sadly, they just make me wish they were using them on another LEGO Movie or another LEGO Batman, or if they were going to do Ninjago, why not integrate it in to the existing world.

I have been kind of hard on LEGO Ninjago, but it was actually a fine movie.  It is just that fine after two home runs (well maybe a home run and a triple) is a little disappointing.  Though if my daughter is anything to go by, your kids will love it, and you will not hate your time watching it, so it is an okay family movie night choice, but the other two LEGO movies are better ones.