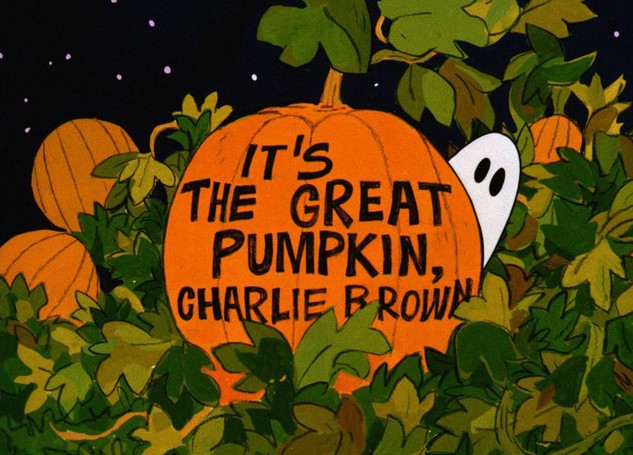 While watching the Halloween classic “It’s the Great Pumpkin Charlie Brown” with Lil’ Shmee, I came to the conclusion that it is a screwed up show.  Now don’t get me wrong, I still love it, and I have never been one to get too mad at the Peanuts crew for being hard on Charlie Brown.  His resilience to his friends constant barbs is what gives him his charm.  No, there are two other parts of this short film that really got to me.

1: The neighborhood gives Charlie Brown rocks.  I said I was okay with Charlie’s friends being hard on him, and I am, but the neighborhood parents?  What the heck!  If some person gave my kid a rock they may find it going through their window.  Unless that person is like really in to rocks and gave all the kids little geodes or something, but that would be a special case.  Plus then all the kids would be getting rocks.  Cool rocks.  It just made me so mad that the adults were picking on the poor kid too.

2: Linus waits until 4:00AM for the Great Pumpkin.  This never used to bother me.  I mean the pumpkin patch is super close to Linus’ house, and they live in a good neighborhood (despite the rock thing), but now that I am watching it in HD I realized that Lucy doesn’t go to get him until 4AM.  Not to mention it is Lucy that goes and gets him.  So not only are the parents handing out rocks to kids with low self esteem, they are letting their kids sleep on the dirt in the middle of Fall, and they don’t even care.  “Don’t worry Lucy will take care of him!”  They could have at least given him a sleeping bag.  He is obviously shaking from the cold when Lucy retrieves him.

Oh well, it is a classic, and it is fun to watch every year, but if I could reach in to my TV and give those parents a piece of my mind, I would.  They may even get some of their rocks back.  See you at Christmas Peanuts gang!