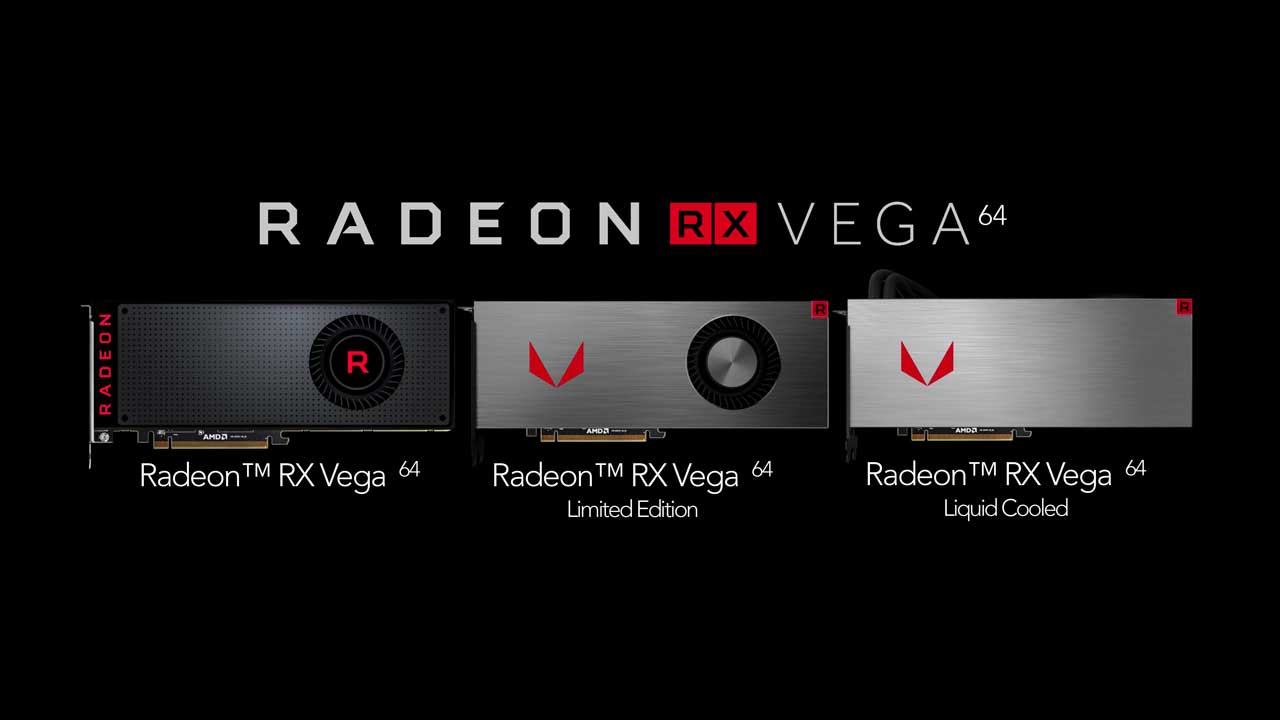 Yesterday AMD FINALLY announced their Vega lineup of cards.  Their top end card will be the Radeon RX Vega 64, starting at $499 US, and their slightly lower end card is called the Radeon RX Vega 56, starting at $399 US.  As an AMD fanboy I was excited to see their new cards, and even more excited that they should be hitting stores soon, August 14th, but the sad news was that they were merely going to go toe to toe with the Nvidia GeForce GTX 1080 and the GeFore GTX 1070 respectively.

Coming out a year later and not being faster than those cards is a real bummer.  Don’t get me wrong, Nvidia needs the competition, but considering Nvidia already has their ultra fast GTX 1080ti out, and it easily bests the Vega 64, that means Nvidia’s next round of cards that are coming out soon will be even faster than Vega without even trying very hard.

Granted AMD will be able to compete on price like they always have, and they are promising to keep the supply chains stocked to keep crypto-miners from driving the price up, but it just would have been fun to see a fight for the high end graphics market again.  If Vega would have come out even six months ago maybe would we be talking about some sort of Super-Vega to compete with the 1080ti, but that didn’t happen, and now if you want super high-end graphics Nvidia is still the company you should turn to.