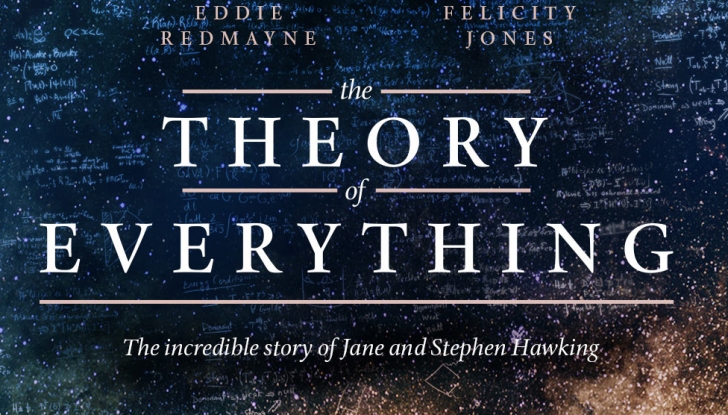 The 2014 film The Theory of Everything directed by James Marsh is a sweet look in the to the lives of Jane and Stephen Hawking.  The sweet part I was expecting, but the fact they didn’t gloss over the troubles of their lives is what made this movie special.  Instead of showing the Hawkings as some sort of gods among men, beyond reproach.  It just showed them as people, flaws and all.

The Theory of Everything starts when the couple met in college at Cambridge, and then follows them through Stephen’s (Eddie Redmayne) diagnosis, and of course his scientific discoveries.  It also shows how Jane (Felicity Jones) had to work hard and sacrifice everything to keep Stephen alive and give him the family they wanted.  However, if you are expecting a fairytale ending, you will disappointed.

While I was watching The Theory of Everything, I almost wanted it to end like thirty minutes earlier just so everyone would live happily ever after, but this move shows us the warts of Stephen and Jane’s relationship as well as the joys.  While I am not sure how much they changed of the real story to pretty it up for theater going audiences, at least they didn’t fall in the trap of making the characters perfect.  Biographies always work better if the people on screen seem like people.  AKA flawed.

Of course a good story is important for biographies, but actors are key.  We need to see those figures we know come to life on screen, and Eddie Redmayne and Felicity Jones played their parts brilliantly.  Especially Eddie (I guess he did win the Oscar for a reason).  To watch him slowly succumb to ALS was an amazing transformation.  Though Jones playing the dutiful, but exhausted wife was also perfectly on point.