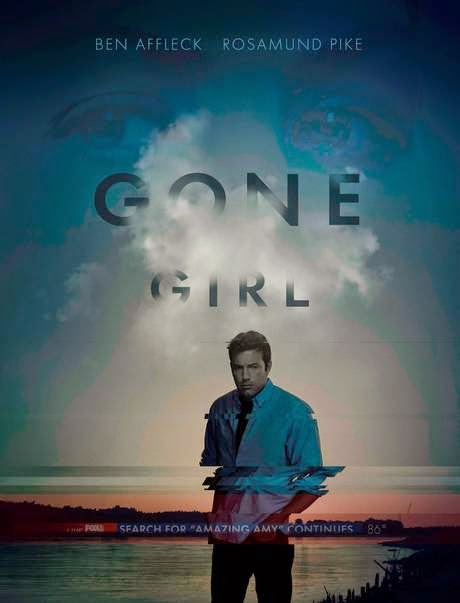 Gone Girl is David Fincher’s take on Gillian Flynn‘s novel of the same name.  Much like a lot of Fincher’s other work it is a slow burning thriller, and he was the perfect man to direct this movie for Fox.  The film works well in just about every way, and Fall has its first must see movie of the season (if you are not squeamish and over 18 that is).

I don’t really want to go over the plot because the less you know going in to this movie the better, but I will give you the one line setup:  Nick Dunne (Ben Affleck) returns home on his anniversary to find that his wife (Rosamund Pike) has gone missing under mysterious circumstances.  There, that is all you get, but it is enough.  According to my wife, Flynn’s script stays faithful to her book, so if you have read the novel the story will not surprise you as much as it will if you are coming in to this movie blind, but even then this movie was so well done you should still watch it anyway.

If you have ever seen any of Fincher’s other work then you will figure out that this is one of his movies instantly.  The pacing is in never in a hurry, but at the same time it never lingers on something too long.  The film looks like it was left in a vat of blue ink, so the movie never seems to get quite bright enough, and Fincher has no problems showing every gory detail when the film demands it.  So pretty much this script was made for him, and he executes it well.

I don’t talk about music in films a lot, but I think Trent Reznor deservers a shout out here.  All the music in this movie adds to every scene so well that you almost don’t hear it.  The pulsing and throbbing tones work their way in to every frame, and they just sound like they should be there.  I don’t think this is a soundtrack that I would like to own by itself, but it makes the movie better, and that is what the music should do.

Ben Affleck proves once again that he is better actor than a lot of people give him credit for.  He is able to be unlikeable yet sympathetic throughout this entire film, and it may be his best work to date.  Likewise Rosamund Pike has been acting for awhile, but this is her breakout role.  She is wonderful in this film.  The other actor who did an amazing job was Tyler Perry.  I shouldn’t be surprised, he is usually good when he takes his job seriously, but he spends so much time doing Madea films that I forget how good he can be.

The only qualm I would have about recommending this movie is that it is “R”, and it earns that rating, so if you can’t take high levels of stress, or are squeamish than this film might not be for you.  For everyone else this is a great movie, and David Fincher should now be the go to director for thrillers because he once again does an amazing job.  I can’t wait to see what he does next.

One Reply to “Get Tense With Gone Girl!”