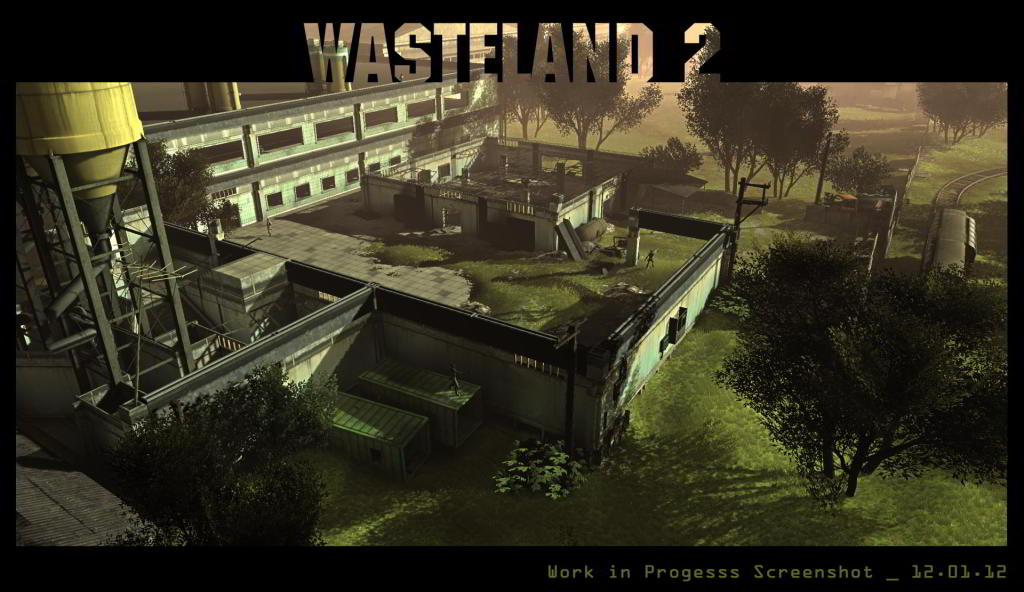 Wasteland 2 is a game by inXile Entertainment, and is the sequel the 1988 video game Wasteland.  If you have never heard of Wasteland it was the precursor to the massively popular Fallout series.  Wasteland 2 was also one of the biggest Kickstarter games to date pulling in just under $3 Million.  I like it a lot, but its old school charms can be frustrating.

The story starts off with your group as bunch of new recruits out trying to solve the murder of Ace, and track down a mysterious signal that is being sent out over the Wasteland.  Can you save the Wasteland from the lawlessness that has taken hold, or will you let everyone fend for themselves?

Everything about this game is old school.  To start it is a top down isometric turn based RPG.  Your characters are controlled by giant stat sheets, and you are always worried that you picked the wrong stats (you probably did).  You have to wander around the Wastes on a map and then cross your fingers that you will not hit any “random” encounters, but if you are like me and you grew up with games like this, you will love it all.

What you will not love are all the bugs this game has.  Again this feels like a throw back.  I haven’t had a game crash on me this much for a long time.  Oh and every now and then it likes to eat a save game, so save in multiple spots and often, but judging by the 1.5 GB patch I can tell they are working on it.

Unlike Fallout this game has a more gritty and grounded feel.  Sure it is still darkly funny, but it doesn’t have that future of the 50’s vibe.  This is more like what would happen if the world ended in 1995.  It is actually a nice change, and I am glad that they didn’t just copy Fallout’s aesthetic.

The story is large and branching, so you will not run out of things to do.  The side stuff feels a little shallow, but with such a large main quest it is a minor complaint.  This game will probably take you at least forty hours to complete the main quest, and that is not counting any time you are just wondering around.

This game has some major flaws due to the amount of bugs that it has, but don’t let that put you off, at least for long anyway.  It is fun, and I am glad that I backed it because until Kickstarter came around they just didn’t make games like this anymore, but I hope Wasteland 2’s success with spur on other developers to look to gaming’s past for ideas for the future.