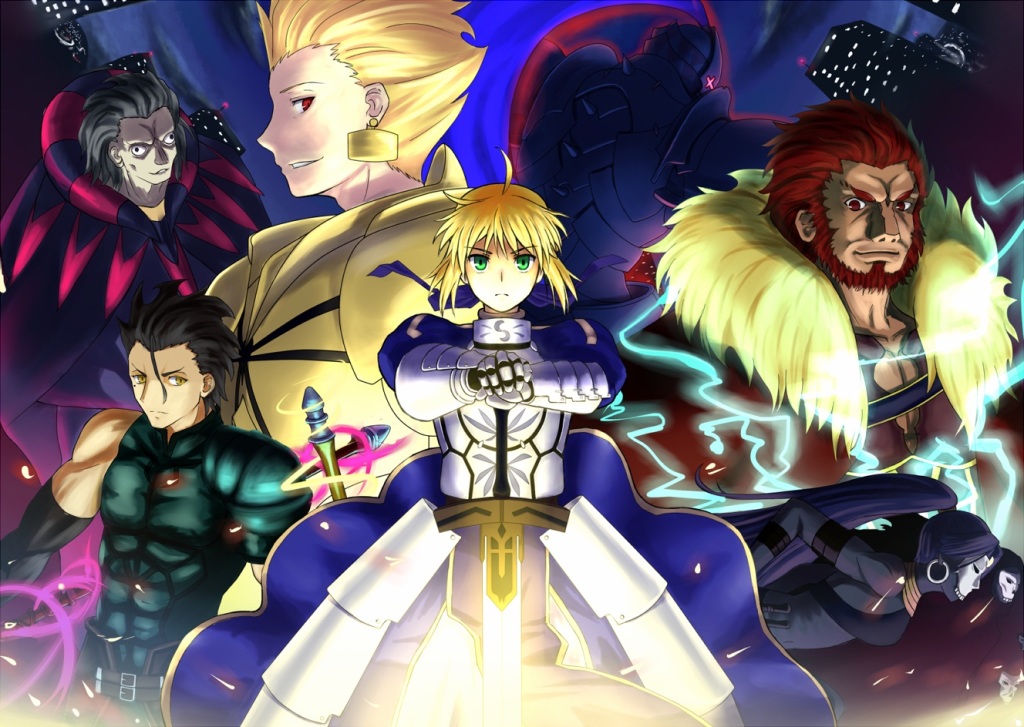 Fate/Zero is a Japanese anime made by Ufotable and based off the light novel (short manga series) of the same name, and I think if I was a little younger I would have liked it more then I did now.  It can be fun, but it gets caught up in its own mire to let that fun shine through in many of its episodes.

The plot follows seven mages as they battle for the Holy Grail, and to help them they get to summon heroes from the past to fight for and defend them.  The Grail is not the normal Grail that we think of but an object made by mages to grant any wish, but since the mages couldn’t decide who got the wish their future families get to fight for it every so often.  This battle takes place during the fourth Grail War.

Now the part of the series that really works are the heroes and mages battling each other.  I mean who doesn’t want to see King Author duke it out with Alexander the Great, or see mages cast magic spells all over the place, but the problem is they cut away from the fun to show all the suffering these mages and “heroes” are causing.  It is like they couldn’t handle just having a fun show about history’s (well historical fiction’s anyway) greatest warriors going at it, so they added in some brutal human suffering to spice things up a bit.  It is such a shame because when this show is showing cool battles and hanging out with heroes it is great.  It is a waste of the premise.

If you are an anime fan you may like this show.  For people that are new to genre this is probably not a great place to start.  I wanted to like this show, and when I was younger and more in to anime I may have given it more of the benefit of the doubt, but being older and having less patience I can’t help but see this show as a waste of potential.