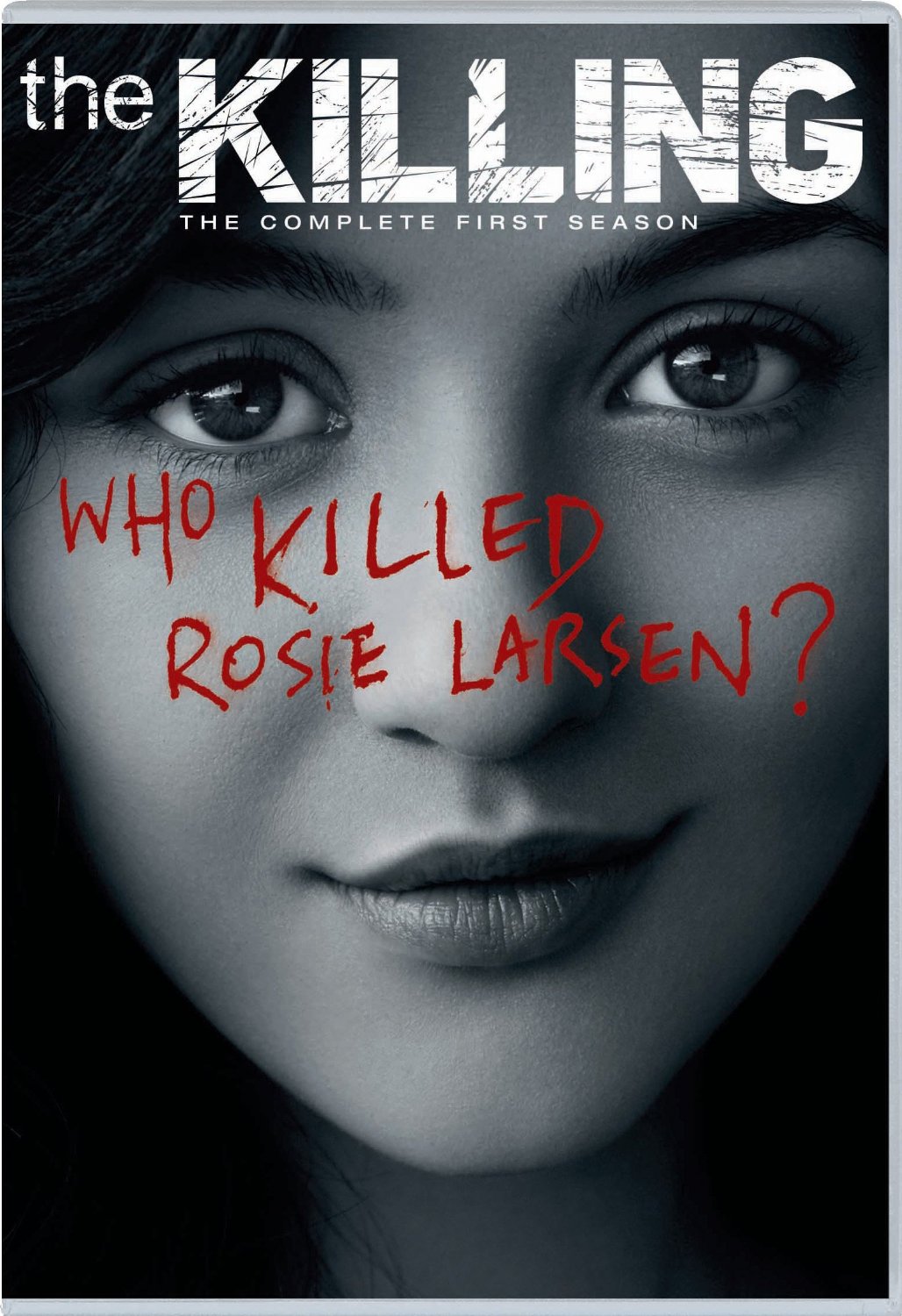 Literally… I am dead.

The Mrs. Paladin and I just finished watching the four seasons of The Killing on Netflix and we both agree the first two seasons are worth watching and the latter two less so. The Killing is a Police Drama based off of the Danish show Forbrydelsen and in the first two seasons follow Seattle Police Detectives Sarah Linden and Stephen Holder as they try to solve the murder of Rosie Larsen. Their investigation leads them to question Rosie’s family, her friends, her teachers, and a City Councilman running for Seattle Mayor. Everyone is a suspect.

When I’ve tried to explain the series I’ve found it best to describe it as an hour long Police Procedural like CSI or Castle stretched out to two thirteen episode seasons. You know how the lackey detectives get sent off to question so-and-so or to check on this piece of evidence and then they come back in fifteen minutes with the next clue? In The Killing there are no lackey detectives, so we see Linden and Holder doing this less than exciting police work that would normally be covered by two minutes of exposition. I actually liked that part of it.

Seasons 3 and 4 cover two different cases and fall back more on information falling into the protagonist’s laps. The latter seasons also try to top the first season’s single murder case with more edgy or difficult murders. Missing from these seasons is the more interesting story of the family affected by the murder of their daughter and the impact on the political aspirations of an idealistic mayoral candidate. These stories helped to focus the story as much on the living as it did to highlight the impact of the dead. Seasons 3 and 4 lack this grounding and additional tension, so they fall flat.

The detectives, Linden and Holder, are hot messes themselves. Linden is exceptionally driven, yet tightly wound and barely holding on. Holder is young, angry, and haunted by his past working undercover. The show spends time exploring their many demons and building their uneasy partnership over the course of the series.

The final character (at least for the first two seasons) is the city of Seattle itself. Beautiful aerial shots of the city serve as small vignettes between transitions. It’s fun to see the city from above and see places you’ve been or know about. The show itself was filmed in Vancouver so things like City Hall or Discovery Park don’t look quite right, but its close enough. They do take the luxary of adding things to the local geography or strangely changing names of things like Deception Pass to Desolation Pass (say wha??). Its obvious they picked Seattle because of the rain and not because they’ve ever been there. The rain is torrential in some scenes and as a true Pacific Northwesterner it made me laugh every time. It rained more in the first two seasons than it ever did the rainiest year in Washington; it’s that ridiculous.

Now there was some good stuff too, otherwise why watch it right? Season 1 and 2, as I’ve said were good and the individual performances from Mireille Enos (Linden) and Joel Kinnaman (Holder) are quite good. Additionally a supporting cast including Michelle Forbes (Ensign Ro Laren), Brent Sexton (Generally cool dude), and Billy Campbell (The Rocketeer) is not to be missed. Seasons 3 and 4 have less good, but there are some interesting twists and fine acting from Peter Sarsgaard (Brainiac?) and Elias Koteas (CASEY MOTHERLOVING JONES).

Ultimately the show fizzled out and the wife and I were simply reluctantly watching to get it over with; although my wife was rewarded in the end while I was left a little dead inside.

2 Replies to “The Killing killed The Paladin”