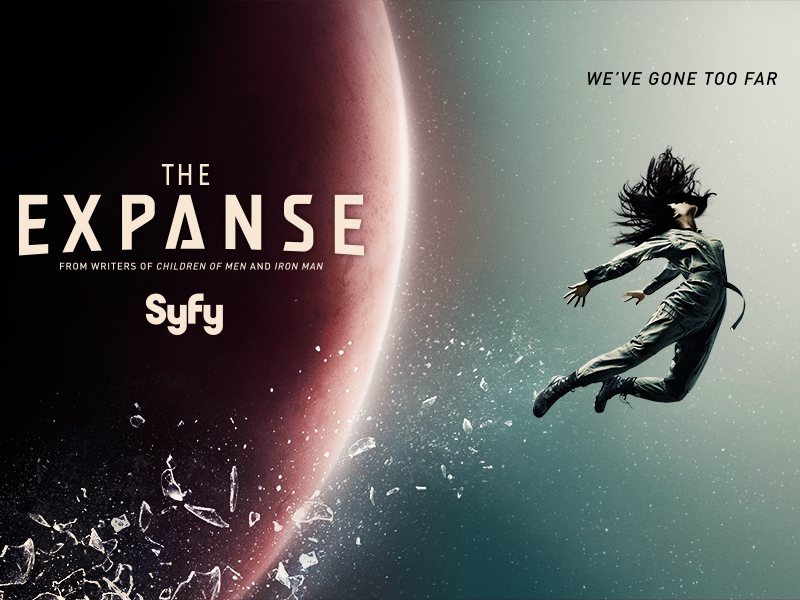 Looks like the people over at SyFy have decided to keep up their trend of adding more Sci-Fi shows to the network named after them.  I am thrilled, and what is even better is that they are all unique!  Their new show The Expanse is the space version of an old school cold war noir thriller.  At least so far.

Humans have settled the solar system, and tensions are high between the U.N controlled Earth and the independent Mars.  The poor people that run the mines on the asteroid belt, known as ‘Belters’, are caught in between.  Someone is trying to make this cold war turn hot.  Can they find the people responsible tying to ignite hostilities between planets before the start of the first Solar War?

So if you think of Earth as the USA and Mars as Russia than the Belters are the Middle East.  Shows and movies that are able to use the past tell stories about the future always work well because we instantly understand them.  We have a shared history with a world that doesn’t exist, or exist yet anyway.  While a Worlds War would be interesting.  Watching people try and stop one could be even more thrilling.

This show has a large cast of characters, and so far they all seem to be playing their parts well.  I am happy to see Thomas Jane working in something noteworthy again.  He kind of got the short end of the stick with The Punisher movie.  Yes the movie was bad, but he was a great Punisher.  I hope this is the start of good things for him.

I very interested to see how this all plays out.  Will the Belters get out from under the thumbs of Earth and Mars?  Will there be a war?  Will the show end as well as it started?  Will something from totally out of left field happen?  Hopefully it will be fun to find out!