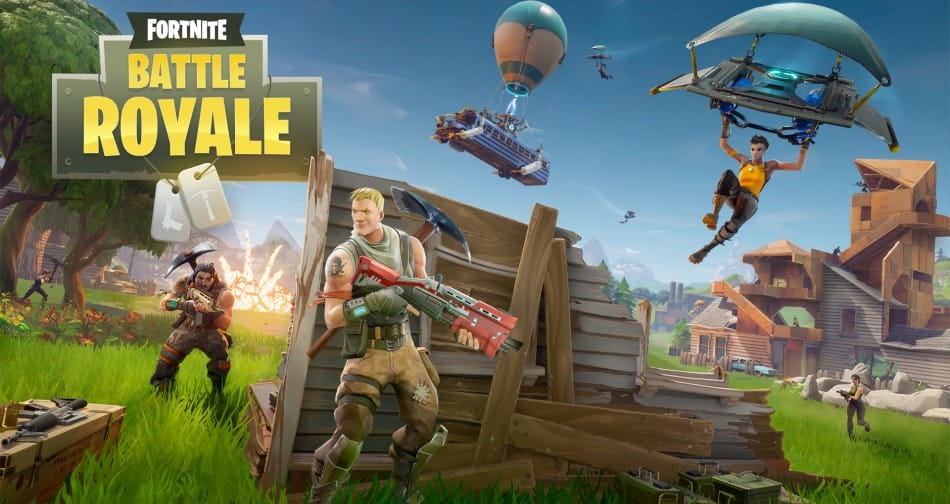 Epic launched their version of PlayerUnknown’s Battlegrounds a couple of days ago: Fortnite: Battle Royale, and it has proven to be very popular, but you may be asking, “How does it compare?”  So far, not too favorably.  It can’t quite figure out what it wants to be.  The game features Fortnite’s zany style, but it doesn’t seem over the top enough, and at the same time due to it’s arcade-y shooting, simplified inventory and lack of a prone position it definitely isn’t as tactical  as PUBG.  Not to mention at this point there are no vehicles.

The game plays basically the same way.  At the start of the game you and 99 friends get launched from a flying party bus, and then once you are on the ground you scavenge for weapons while the playable area of the map shrinks over time.  The difference is that you can destroy buildings, trees, cars and rocks, and then use those resources to build ramps and forts.  Early on you will build a lot ramps to get to good weapons and whatnot, but for the most part you will not build any forts or towers until the end of the game when it is easy to figure out where the ‘eye of the storm’ is going to be.  So it is pretty much PUBG for the first three quarters of the game and then Fortnite for the last little bit.

The game has its pluses.  For new players the simplified inventory should make getting in to the game easier.  The cartoony graphics means it runs well on consoles and just about every PC under the sun, and the towns don’t look quite as cookie-cutter as they do in PUBG.  Plus the net-code seems to be much better, but so far it just doesn’t have the same hook PUBG does.  It is just missing something.