It has been a long time since I have cast something, mostly because they announce the casts for movies so quickly now, but with DC’s latest flick Supergirl no lead was attached, so the time was right for me to pick the first girl of Krypton.  I know a lot of you are pulling for the CW’s Melissa Benoist, but pulling from DC TV has not been DC Film’s MO thus far, so I am leaving her off the table.  Here are my top five actors in reverse order!

Chloë is a talented actor with great comedic timing, and if Marvel has taught us anything, it is that comedians make great superheroes.  Not to mention at 21 she could play this character for a long time.  The only downside is that she might be a little short at 5’4″.

Lily James just looks like Supergirl: the smile, the hair, and the figure.  Her biggest downside is her age.  At 29, she would be 30 by the time Supergirl started filming, not to mention any sequels.  So she wouldn’t really be a ‘girl’.  However, thanks to ‘Pride and Prejudice and Zombies’ we know she can do action, and I think she would be great for the role.

I know Zendaya is locked in to a contract over at Sony playing ‘Not Mary Jane’, but she could bring a lot to Supergirl.  She can act, she can fight, and at 5’10” she can stand tall with the boys.  Zendaya would be a fun casting, and one with her notoriety that could really bring some interest to the picture.

Kiernan my be busy bringing Sabrina Spellman back to the small screen, but it might be time to bring all her talent to the big screen with Supergirl.  The teenage Mad Men alum as been great in everything she has been in.  There is no reason to think she wouldn’t soar as Kara.

The biggest reason not to cast Ronan is that no one can pronounce her name, but other than that she has everything that Supergirl needs.  A background in action with Hanna, she can probably out act the rest of the DCU, and at 24 she can act younger or older depending on what is needed for the script.  She would be great as last Kyptonian woman.  I would watch her anyway.

So that is my list.  I think it is pretty good, but I know you think I am wrong, so I would love to hear your list.  Let me know in the comments or on Twitter.  Until next time!

While video game movies are usually garbage, this Uncarted fan film starring Nathan Fillion and directed by Allan Ungar is pretty amazing.  I know that a different official movie is in the works, but honestly, this is the movie I want to see them complete. 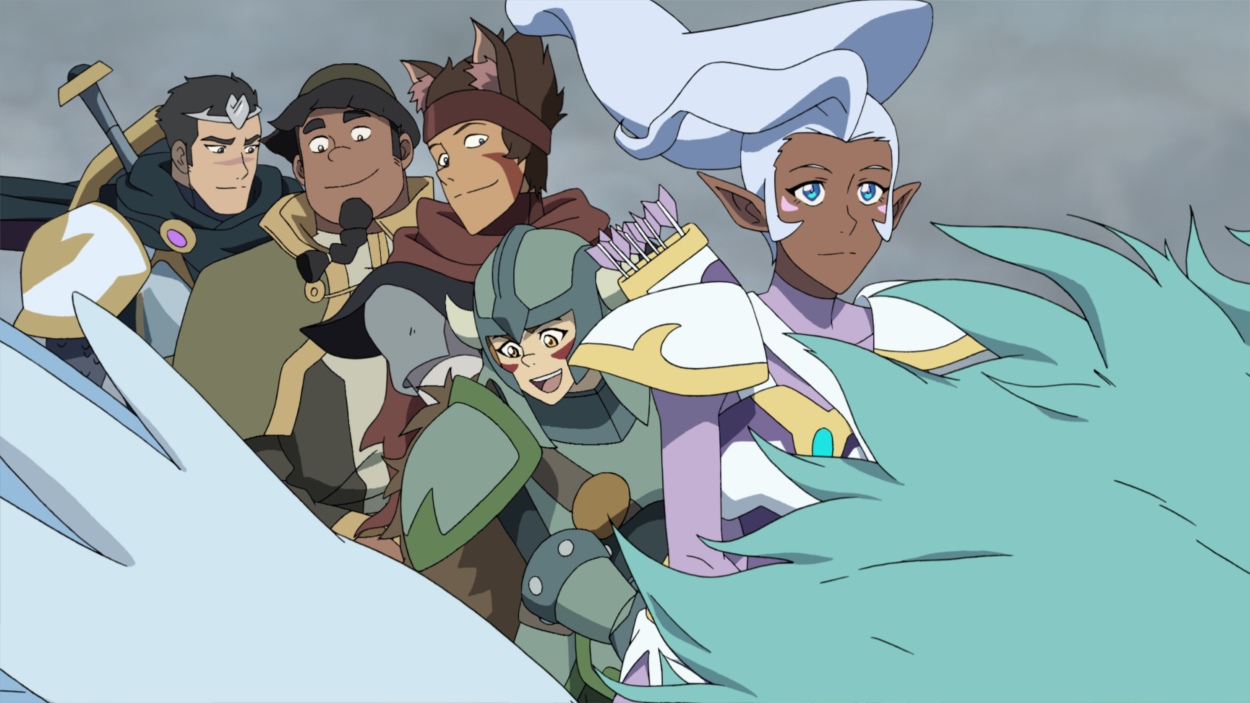 If you had told me back when the new Voltron started that I would be crying over an episode, I would thought you were crazy.  I mean we all know that the Voltron of old was terrible, very cool, but garbage.  However, after six seasons the show just keeps getting better, and even after answering a ton of fan questions in season six, it seems like there is still more for this show to give.

Of course the last few seasons have been super short, so calling them seasons is kind of a misnomer.  More like half seasons, but still that doesn’t mean that they aren’t excellent, and that you shouldn’t be watching.  I am not sure why Netflix gave Voltron a chance, but I am very glad they did.  Now the long wait for season seven!

Lego Batman proves that the people that can make fun of you the best, are the ones that love you the most.  While the Dark Knight gets made fun of plenty in this film, you can tell it is by a cast and crew that know and love the character.  This movie brings up all of his filmic past, while telling an engaging and well done Batman movie.

Lego Batman takes place at some point after The Lego Movie, but they have gone back to their normal Lego lives, and for Batman that means saving the day and being awesome.  Of course while being Batman is great, Bruce Wayne is lonely and scared of commitment and family, so things get awkward when he has to work with the new commissioner Barbra Gordon, and he accidentally adopts fellow orphan Dick Grayson.

This of course plays to the main gag for Batman:  He has always been thought of as a loner, but he has had sidekick, Robin, since 1940.  Meaning he was a lone wolf for a year, but not being able to trust people and have relationships has always been a central plot point for him.  Even though he has always had them.  Of course in this movie they play it up for laughs (and surprisingly tears).  His fear of being in a relationship even keeps him from being able to say he hates the Joker.  Which of course drives the Joker crazy (crazier).

Much like The Lego Movie, this film is chock-full of pop culture references and movie crossovers, but they make sure to keep the focus on Batman’s universe.  I mean they got all the bad guys in this flick.  Polka-Dot Man and Crazy Quilt both make an appearance, as do many, many more.  Even some of the best side gags are references to other Batman movies that I didn’t even know were references until looking them all up later online.

It is not very often there are two people playing one character at the same time in cinema, but so far Will Arnett is better than Ben Affleck, but I hope they both keep playing the Caped Crusader for years to come, and Zach Galifianakis’ needy take on the Joker was hilarious.

It is obvious by now that Wonder Woman is a huge hit.  It made $103 Million in its opening weekend, and Warner Brothers executives had said they would be happy if it made over $65 Million, so the movie cleared that bar with relative ease, but what is impressive about that number is that Wonder Woman “only” made $38 Million on its opening day, so to get to $103 Million it had to hold off having the massive day to day drops that have plagued all the other DC Extended Universe films.  In other words, word of mouth has propelled Wonder Woman forward while it has dragged all the other DCEU films back.  A new phenomenon to be sure.

This shows what good reviews can do for a film.  While without them you can still have massive opening weekends, the day to day numbers start to crash as people learn that the movie isn’t worth their time.  Wonder Woman on the other hand is definitely worth your time.  With that in mind it will be interesting to see how Wonder Woman fairs this upcoming weekend.  Batman v Superman‘s box-office take fell a massive 69% the weekend after its opening, and Suicide Squad dropped 67% off of its opening weekend total.  Man of Steel has done the “best” so far with a 64% drop off.  With how well Wonder Woman is doing it will be interesting to see if it can pull off something close to a 50% drop.  Still, anything in the low 60% range would be a massive improvement for DC/Warner Brothers.

While movies are about entertainment and “art” it is always kind of interesting to track the business side of the industry.  Right now Warner Brothers executives are no doubt lighting a fire underneath the Wonder Woman 2 creative team, so they can get that movie rolling.  Word on the street is that they haven’t even picked a time line for the new movie yet, and the only thing set in stone is that it will be in America.  It will be interesting to follow, and I hope they don’t rush it too much.  Here is hoping Wonder Woman’s second solo outing will be as good as her first!

CREDIT: All financial data was obtained from BoxOfficeMojo.com