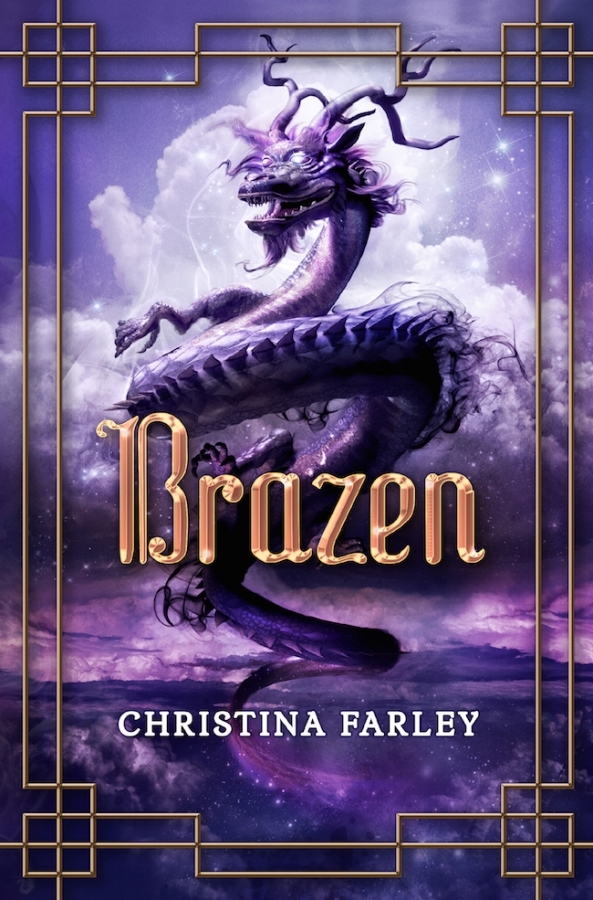 When I took a flyer a read Gilded by Christina Farley, I was surprised by how much I liked it.  I don’t read a lot of young adult fiction, but the Gilded series has been well written and has a unique setting.  I was a little disappointed that Gilded’s follow-up Silvern was not a complete book and ended on a cliffhanger, but Brazen is a great conclusion to what Silvern started.  Maybe there will be a special edition where the two books are combined at some point.

Brazen takes place soon after the events of Silvern.  Jae Hwa is now a slave of the evil immortal Kud, and she must find away to free herself and save the people she loves as well as her home country of Korea.  It will be a massive struggle since everyone will now be working against her since they think she is Kud’s ally.

The action really ramped up in Brazen, there is rarely a page where there isn’t some butt kicking going on.  Though it still manages to get some character building and story telling worked in there as well.  Which is quite a feat since the book is under 350 pages long.  Though I enjoyed the fact that this book wasn’t 1,000 page epic with 56 main characters.  Brazen stays focused and on target.  Which is sadly something of a rarity these days.

The Gilded series has been a fun read, and it is easy to recommend to just about anyone.  If you are looking for a book series that is quick paced, full of action, and at the same time introduces you to some Korean mythology, the Gilded series will be right up your alley.  If you have read the other books in the Gilded series you should pick up Brazen right away.  I can’t wait to read what Farley writes next.