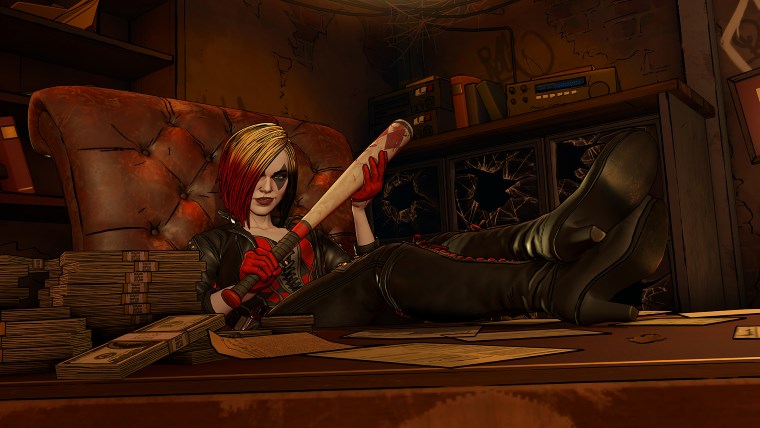 I know I didn’t technically review Batman: The Enemy Within Episode 1, but I did say its group play was one of the best things about PAX West 2017.  Episode 2 continues Telltale’s great work.  It has been so fun to watch them throw out certain parts of the Bat-cannon and replace it with their own.  The Telltale Batman universe is fascinating.  To see how so much has changed, but how much still stays the same.

Front and center with these new lore changes is Harley Quinn.  Episode 2 completely reimagines her relationship with John Doe.  I want to know everything about how this new Harley ticks.  Batman: The Enemy Within Episode 2 also introduces a lot of other Bat-criminals, but I won’t spoil who shows up.  Though it is quite a list.  However, their changes don’t seem to be as major.

I was quite happy to see that the game runs better in Episode 2.  It was a rock solid 60 FPS the whole way through.  Not that you need that precision timing for a Telltale game, but so many of their other games can get so stutter-y that it takes you out of the story, so for at least with this chapter, everything looks great.

I am also curious what other choices I could have made.  I may have to play it again to see what I can screw up.  For now, I will just have to bide my time for Batman: The Enemy Within Episode 3, and it is teasing a reunion that I can’t wait to see play out.  I have said it before, and I will say it again.  Telltale should just do all the DC superheroes.  I would love to mess up their Justice League’s group dynamic!.